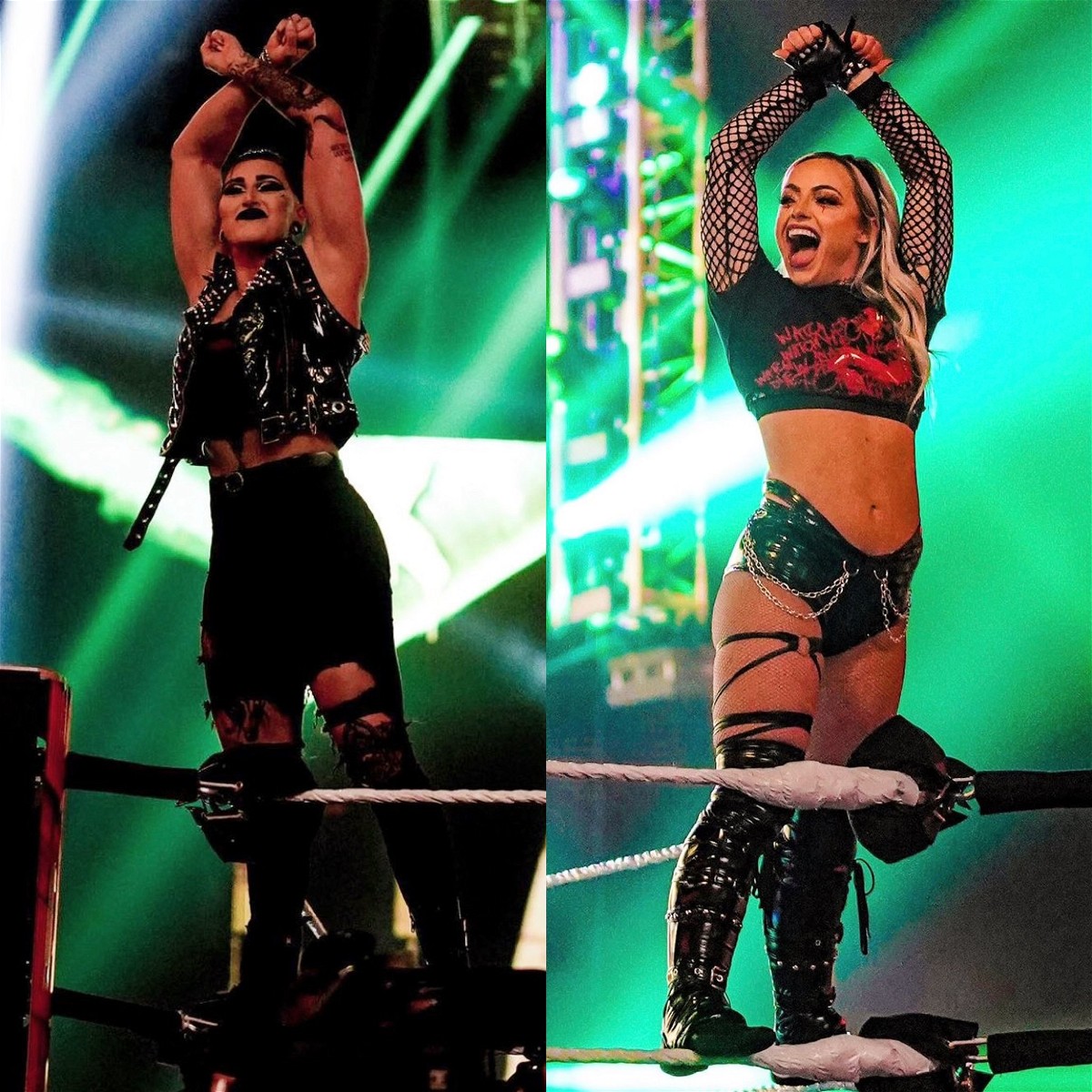 “Are you ready?” The audience in Vystar Veterans Memorial Arena in Jacksonville, Florida heard this legendary soundbite during a commercial break on this week’s Raw. But it wasn’t accompanied by the 2 Degenerates we usually associate it with. Instead, it was Rhea Ripley!

What a debut year The Nightmare has had on the main roster. She won the Raw Women’s Championship from Asuka at WrestleMania 38, and has been a highlight of the brand since.

Rhea is already a 2x Champion in WWE, having held the WWE Women’s Tag Team Championships alongside Nikki A.S.H in September 2021. In 2022, she looks to take that number up to 3.

Ripley is slated to challenge Queen Zelina and Carmella at the Show of Shows alongside Liv Morgan and the team of Sasha Banks & Naomi. And it looks like she’s ready to play the game.

It’s no secret that The Nightmare loves DX; specifically Triple H. The Game was a key driving force behind her stellar NXT run. It was thanks to his faith in her that the only time NXT beat AEW in ratings during the Wednesday Night Wars was when Rhea Ripley won the NXT Women’s Championship from Shayna Baszler.

Rhea Ripley paid homage to her mentor and his former tag team partner last night on Raw in just the coolest way possible.

During a commercial break, as the live crowd waited for the show to resume airing live, Rhea Ripley broke out the DX crotch up and hyped up the crowd to their entrance music.

Morgan then went on to defeat Queen Zelina in a short match-up, thanks to Carmella’s new running-to-Corey-Graves-when-threatened gimmick.

If recent developments are anything to go by, it won’t be long before Queen Zelina and Carmela lose those tag titles. The only question is, who will take it from them; Rhea Ripley & Liv Morgan, or Sasha Banks & Naomi? Guess we’ll have to find out at WrestleMania 38.