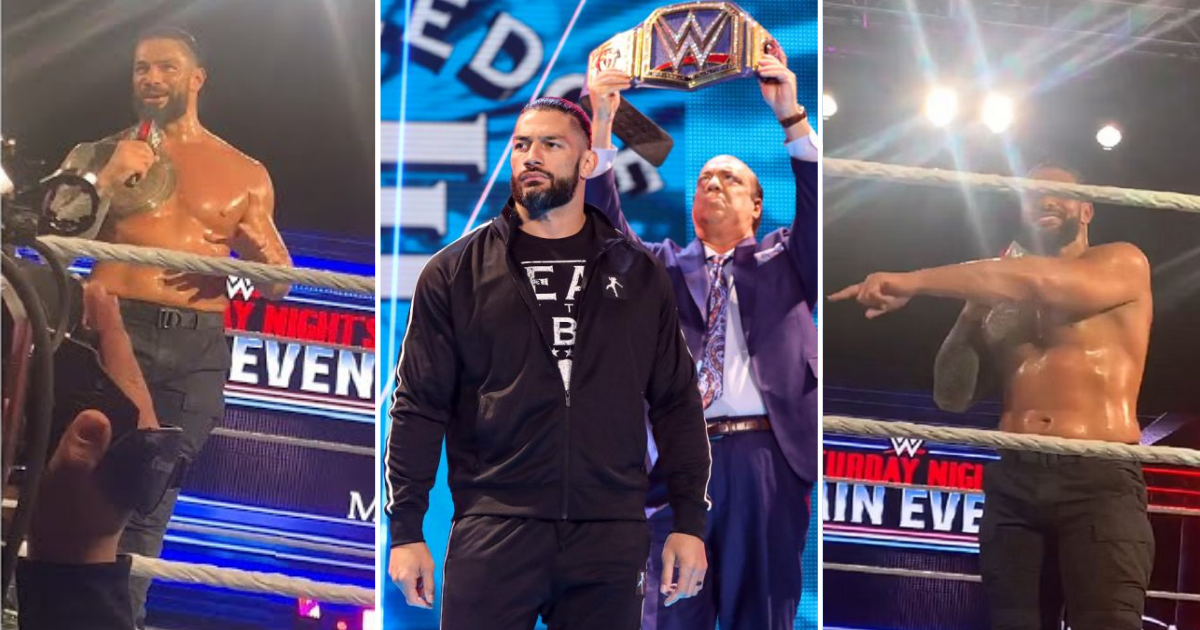 Roman Reigns competes against Drew McIntyre in a house show

Drew McIntyre and Roman Reigns competed in a house show at Erie, Pennsylvania, for the WWE Universal Championship. The double champion emerged victorious in the main event of the evening. He was absent from this week’s WWE programming after appearing in two promo segments on RAW and Smackdown the previous week.

.@WWERomanReigns always knows how to make an entrance! See him make his tonight in #WWEErie! #WWE https://t.co/yv8eNoqnkL

Since his return to WWE television at SummerSlam in 2020 after a brief hiatus, the Samoan wrestler has dominated SmackDown with an iron fist. Roman Reigns defeated The Fiend and Braun Strowman to win the Universal Championship at Payback 2020. In the last two years, he has faced several big names, but no one has been able to oust him for the title.

Reigns Breaks Character during a Promo after the match

Following his victory over his most recent opponent, “The Tribal Chief” gave a heartfelt message to the fans, thanking them for their continued support of WWE Superstars who do not have an off-season break. He made a special request to the fans in attendance to not post his off-script promo online.

Roman Reigns has broken character multiple times in house shows and live events in the past. Reigns has been the biggest heel in the company for quite some time after fans were fed up with his push as the most prominent babyface in WWE for quite a few years. It remains to be seen if the “Head of the Table” is due to change or alter his character after almost two years of being an unstoppable bad guy.