Roman Reigns isn’t the biggest superstar in WWE because the higher-ups decided he was; he has proven his worth time & again. When FOX signed that billion-dollar-deal for SmackDown, their biggest demand was Reigns. The Tribal Chief has become one of the top merch movers in the company, and is poised to become its next cross-over mega-star. So perhaps it’s unsurprising that WarnerMedia Execs want him to appear on AEW!

Though they never crossed paths in the company, The Tribal Chief does have something in common with the owner of All Elite Wrestling; they’ve both been associated with the Jacksonville Jaguars! Reigns was signed to the team in August 2007 and dropped a week before that particular NFL Season began. The Khans took control of the team in 2012, but that didn’t stop Tony from acknowledging Reigns!

A lot has changed since 2015. The Big Dog is now firmly perched upon his throne on the Island of Relevancy. And Tony? Well, he started a little company called All Elite Wrestling and is now directly competing with his former Defensive Linesman’s employer. But while AEW has become a viable competitor to WWE in its 3rd year of operation, that might change soon. Following the WarnerMedia-Discovery merger, reports have been rampant that AEW will be struggling to stay on TV. And that the new bosses will want big names if they do stick around.

In a world where WWE allowed Mickie James to rock up at the Royal Rumble with the IMPACT Knockouts Championship, anything is possible. And that is exactly the case according to Sliced Wrestling, who are reporting that WarnerMedia is pushing to bring in The Head of the Table to All Elite Wrestling! You can check out the tweet below:

According To My Source We Could Soon See The Forbidden Door Be Knocked Down.

It is true that AEW needs bigger star power; and ASAP. Since Cody Rhodes left the company, their programming has experienced a severe ratings decline. Both Dynamite & Rampage are also plagued by off-sync segments, re-hashed booking, and a dire lack of “AEW Originals”. While Bryan Danielson & Jon Moxley find their careers rejuvenated in Tony Khan’s promotion, we struggle to identify with the others. The novelty has worn off of CM Punk & Adam Cole, and Keith Lee is in a filler feud, which tells us that they don’t even know how to book the stars they do have!

Bringing in Roman Reigns won’t contribute to the problem; it could, in fact, become the solution. Especially if they have him show up at the AEW x NJPW supercard “Forbidden Door“. WWE & AEW both have a long history with Japan’s premier promotion, and that could be the in that The Tribal Chief needs to organically fit into their rabid landscapes. It will certainly cause a melt-down on social media, and could even lead to massive crossover PPV in the vein of “Collision in Korea” somewhere down the line. 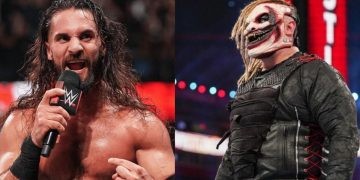 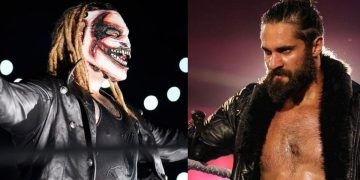 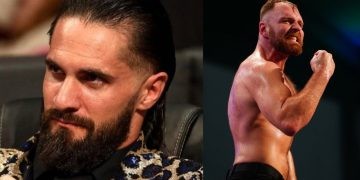