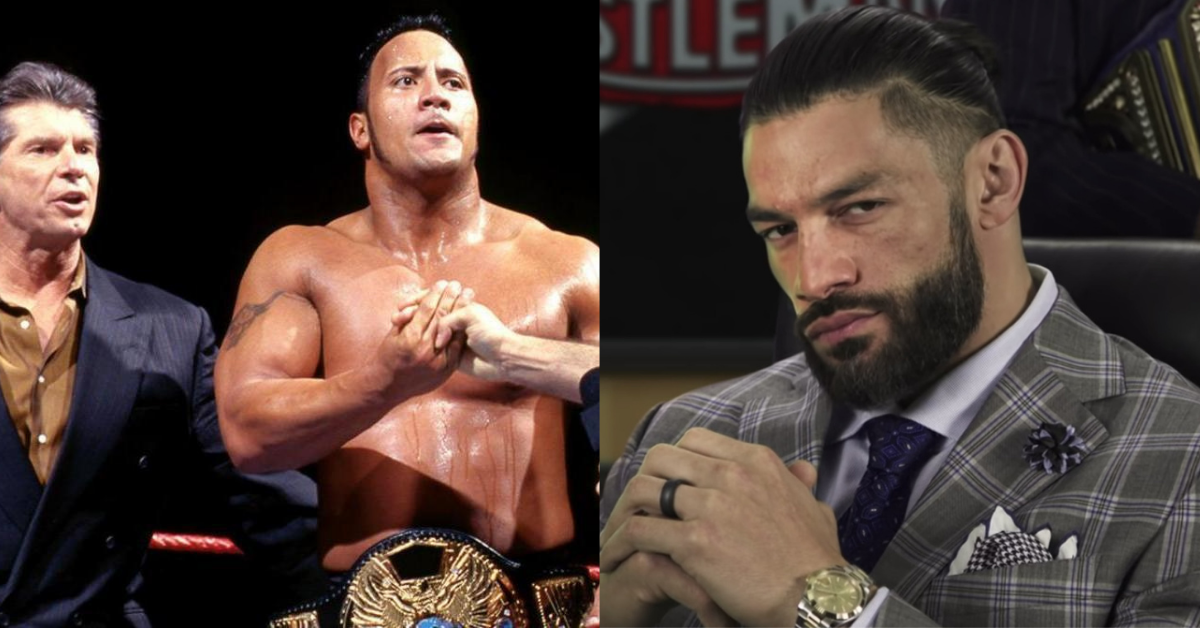 Roman Reigns has been ruling WWE as its biggest superstar ever since he turned heel in 2020. The Tribal Chief has truly been operating on God Mode since then, and has now unified the top prizes in WWE. It took him nearly 6 years to reach this level, but according to The Head of the Table, it was supposed to happen a lot sooner.

Roman Reigns became the biggest babyface coming out of The Shield

When they debuted on the main roster in 2012, The Shield were the hottest thing in WWE. So hot, that Chairman Vince McMahon himself gave them his personal mark of endorsement in a hilarious backstage segment.

Ambrose, Rollins & Reigns had clear cut roles: Ambrose was the charismatic talker, Rollins was the high-flyer, and Reigns the big heavy. You’d think that would make him a natural candidate for a heel turn, but WWE took an interesting approach by making Seth Rollins the bad guy.

It worked for Rollins because it got him over like crazy, but spelled disaster for Roman, who languished as a babyface no one wanted to see for 3 years. And it looks like this is something he knows.

Roman Reigns always wanted to be a heel in WWE

In an exclusive interview with Ryan Satin from FOX Sports, The Tribal Chief revealed that the original plan was always for him to be the “bad guy” of The Shield.

“I’ve always wanted to turn heel. I didn’t feel like I should have been the babyface out of the Shield group. We all agreed, we thought it should have been Seth, and then keep me as a bad guy. But, you know, it just happens the way it happens, the numbers lined up the way they did.” – [H/T – FOX Sports]

This is extremely interesting because if WWE had chosen to go down this route, they could’ve legitimately replicated The Rock‘s success with Roman Reigns. After all, his FCW/NXT character was a smug businessman gimmick.

And Dwayne Johnson earned his superstardom as part of Vince McMahon’s Corporation.

Still, there couldn’t have been a better time or place for The Tribal Chief to arrive than the current landscape of the WWE. And to hear Roman Reigns tell it, if things didn’t shake out this way, he probably wouldn’t have returned (more on that here). We’re glad he did, though, because everyone is acknowledging him now; even his greatest naysayers.