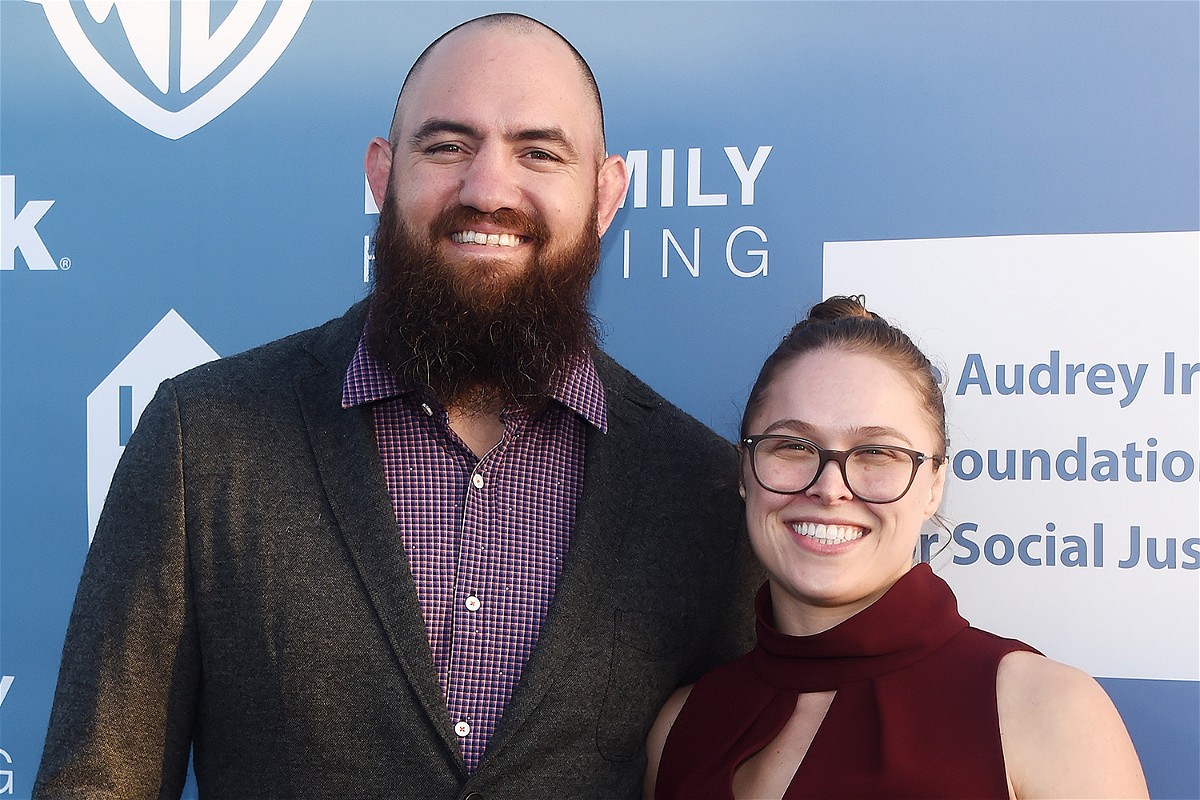 Ronda Rousey is known as the “Baddest Woman on the Planet”. She is one of the greatest combat sports athletes ever. The UFC Hall of Famer did not disappoint when she made her long-awaited WWE debut at WrestleMania in 2018.  Let us take a look at a few facts about the life of “Rowdy” Ronda Rousey.

Ronda Jean Rousey was born in Riverside, California in February 1, 1987 to her father Ron Rousey and mother AnneMaria De Mars. She followed in her mother’s footsteps and became a judoka. Her mother won the World Judo Championship in 1984 becoming the first American female athlete to achieve that feat. Rousey is her parent’s youngest child and has three sisters.

Ronda Rousey married her husband, Travis Browne, in 2017. Travis Browne was also an MMA fighter who fought in the UFC’s Heavyweight Division. He had a record of 18 wins and 7 losses before he retired. The couple had their first child, La’akea, in 2021.

Ronda Rousey is known to be a big game fighter and as such she had been fighting since her birth. When Rousey was born, the umbilical cord was found to have been wrapped around her neck. But luckily, she was able to survive. She also suffered from a learning disability called apraxia. As a result, she couldn’t learn how talk until she was 7 years old. Her parents had to move to another town so that she could get personalized medical care.

Ronda Rousey was homeless for a long period of time

Ronda Rousey had won the Bronze Medal in Judo at the 2008 Beijing Olympics becoming the first woman from USA ever to do so as a judoka. She didn’t get paid enough even though she was an Olympic-level athlete. The money she made could only allow her to buy a car which also became her home for a while. The car was a Honda Accord. She was working odd jobs and couldn’t afford to pay for an apartment, as it was too expensive at that point of her life.

Rousey becomes the first women fighter to be signed by UFC

Ronda Rousey was the first ever female combatant to be signed by the Ultimate Fighting Championship in 2012 after her previous promotion, Strikeforce, announced it’s closure. In an interview with TMZ, the President of the UFC Dana White stated that women’s MMA was only possible because of Ronda Rousey and called the women’s division as the “Ronda Rousey” show when she first started. In 2016, she retired from MMA and in 2018, she became the only women to be inducted into the UFC Hall of Fame.

When Rousey debuted in WWE, there was little to no doubt that she would become the champion in the near future. When she defeated Alexa Bliss at Summerslam 2018, she went on to become the longest-reigning Raw Women’s Champion. Her championship reign lasted for a total of 232 days until she lost the title to Becky Lynch at the next year’s edition of WrestleMania in 2019.