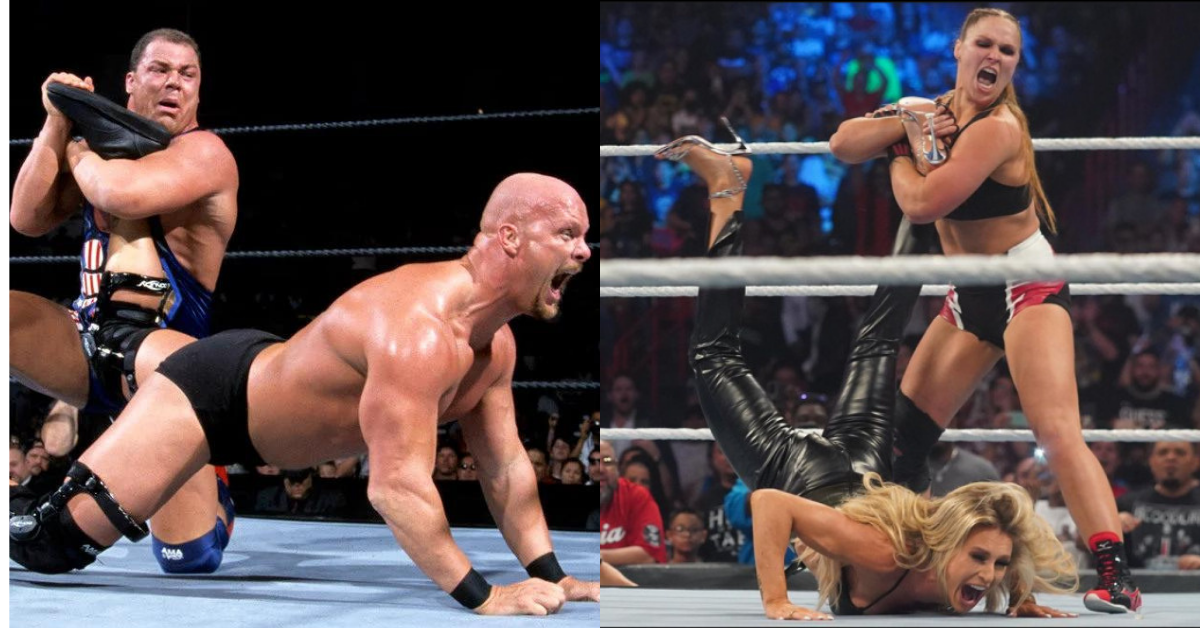 Ronda Rousey is one of the deadliest submission specialists in the world of combat sports; there is no denying that. Her armbar is so lethal that the WWE Universe pops before she even locks it in. But these days, The Rowdy One has been busting out the Ankle Lock way more on TV, to the point it’s like her new finisher. And now, she has revealed why.

Even Ken Shamrock, at the height of his UFC career, wasn’t nearly as over as The Rowdy One has been for nearly 2 decades. Ronda is a generational athlete who broke down barriers for women in MMA and combat sports overall, and her signing with WWE in 2018 was a massive deal.

To put things in perspective, Brock Lesnar cut his teeth in professional wrestling, became the biggest fighter in the world, and then came back to prove it in the WWE. Ronda already had the reputation when she debuted at Royal Rumble 2018, and has lived up to it ever since; at least in the ring. And it looks like her new finisher is a nod to a fellow Olympian.

Ronda Rousey wrestled her first WWE match at WrestleMania 34 in a hellacious mixed tag team match against Triple H & Stephanie McMahon. Her partner that night was fellow Olympic medalist Kurt Angle, who has been a mentor to The Rowdy One in her pro-wrestling journey.

The Baddest Woman on the Planet revealed that using the ankle lock was actually a tribute. It’s her way of putting over the man who has done the most for her in WWE; Kurt Angle himself!

We got #RondaOnTheRoad back in your life! This time @RondaRousey practices her promo with Pō and talks about mentor and legend @RealKurtAngle letting her use his ankle lock! https://t.co/Q5DC2J7fOC

Given the form, the wrench and the facials that Ronda Rousey employs when cinching the hold in, we can safely say Kurt gave the right person his blessing to use his iconic finisher. Oh, it’s true. It’s damn true.