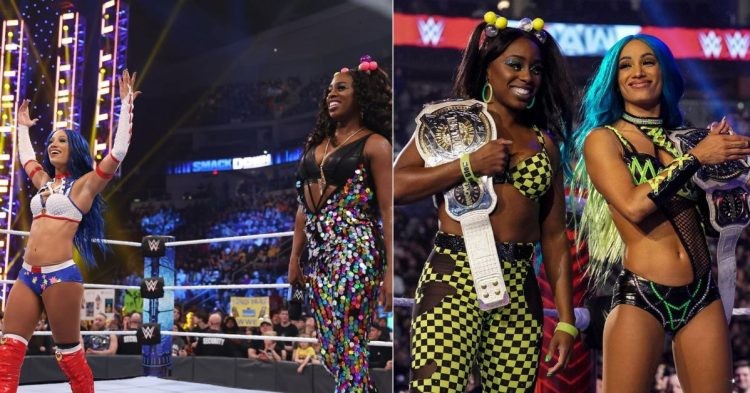 Sasha Banks and Naomi walked out of Monday Night RAW a couple of weeks ago. Sasha and Naomi were indefinitely suspended, and their merchandise has been removed from the WWE shop following the incident. WWE went on to release a statement on their official website regarding the situation.

The former Women’s Tag Team champions reportedly walked out of the show due to problems with WWE’s creative direction for Sasha and Naomi. They felt as if they weren’t respected enough. Things haven’t cooled down yet. New reports revealed that there is no communication between both parties.

Reports have revealed that those in WWE haven’t heard much about the former champions communicating with the executives after their walkout. WWE had canceled Sasha and Naomi’s travel plans for upcoming events and shows. The decision was taken on the day of their suspension, which was announced by WWE commentator Michael Cole live on SmackDown.

Another update has been provided by Wrestling Observer Dave Meltzer that the suspension has been issued without any pay. It hasn’t been confirmed yet, but it is believed that Sasha and Naomi’s contracts will be frozen if WWE does not pay them during the suspension period.

Sean Ross Sapp of Fightful reported that some people didn’t want Sasha Banks and Naomi to get stripped off their tag titles. But, that decision was taken eventually. WWE announced that there would be a tag team tournament to determine new champions. But, the plan hasn’t been prioritized yet. Sasha Banks and Naomi won the Women’s Tag Team Championships at WrestleMania 38 and held the titles until they walked out of RAW two weeks ago.

Your NEW WWE Women’s Tag Team Champions @SashaBanksWWE & @NaomiWWE are overcome with emotion after their victory at #WrestleMania 38! pic.twitter.com/Ow4F56B3H1

WWE has not updated the fans with any details for the tag team tournament to crown new champions. Sasha and Naomi’s names were snubbed by the WWE writers. Both Sasha and Naomi have removed any tag or terms relating to WWE from their social media accounts. They are still under suspension, and it will continue to be that way until any further notice.