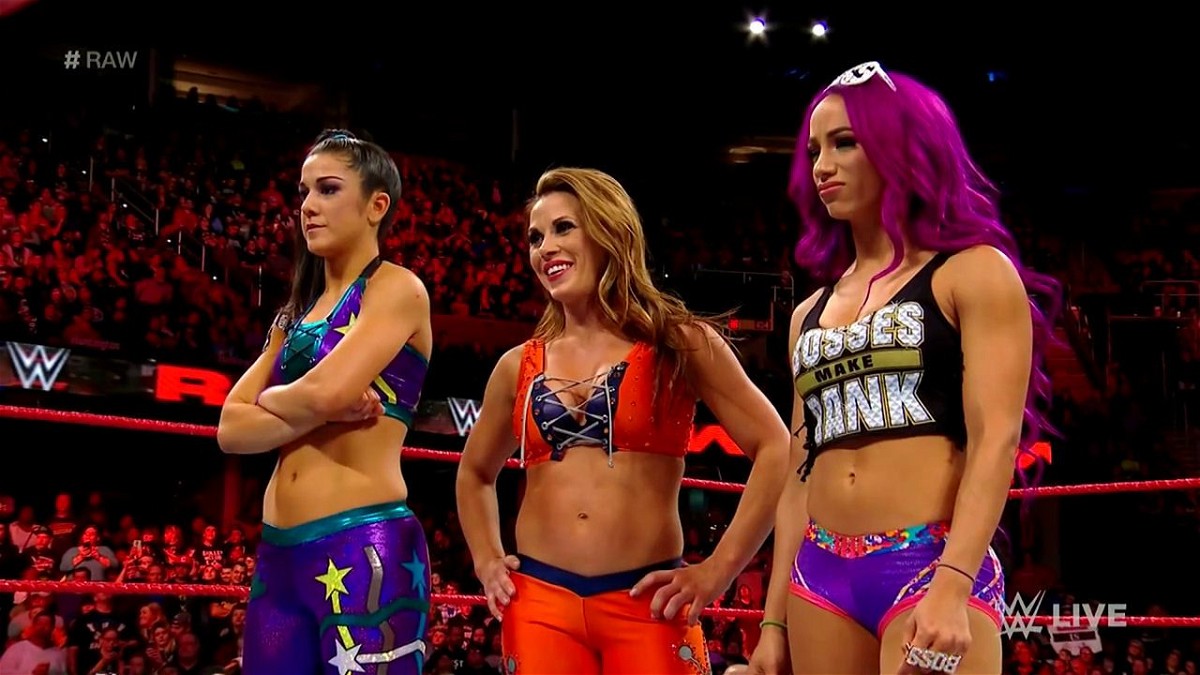 WWE Superstar Sasha Banks took to Twitter to confirm a dream match-up against former WWE Women’s Champion Mickie James. The Boss had tweeted a couple of photographs of her, Mickie James, and Melina, seemingly taken backstage at the Royal Rumble.

Twitter user @Soawax_ retweeted the photos with the caption, ‘It’s a shame Mickie James vs Sasha never happened 1 vs 1.’ To this Banks replied with a simple two-word answer, ‘It will.’ Hence, confirming that the match-up might be in the works.

Mickie James is the current Impact Wrestling Knockouts’ Champion. She made a sensational return to WWE as an entrant in the Women’s Royal Rumble Match. What was even surprising was that James hopped down to the ring wearing her Impact Wrestling Championship belt. The crowd greeted her with a huge ovation.

Sasha Banks and Mickie James have worked together multiple times in the past. A quick look at James’ match record reveals that both superstars have worked as many as 45 matches together! The two have teamed up together, faced off against each other in tag team matches and battle royals as well. However, they have never competed 1-v-1!

Sasha Banks: “Mickie you have no idea what you did for me”

Sasha Banks participated in a women’s only Rumble roundtable last year which also involved Charlotte Flair, Mickie James, and Natalya. During the conversation, Banks thanked James in an emotional anecdote describing the impact she has had on her career. The Boss says, “Mickie, like you and Trish, have no idea what you did for me as a little girl. How much you inspired me to be here and give me so much hope.”

Sasha has been a huge fan of Mickie James and Trish Stratus since her childhood. Also, the current Knockouts’ Champion deserves every bit of praise. She has had a Hall of Fame-worthy career in WWE. Her first run with the company lasted 7 years after she debuted as Trish Stratus’ obsessed fangirl. The feud and storyline have been one of the best WWE have ever written.

A dream match between the generational superstars looks to be on cards now. WWE has the opportunity to recreate one of their best storylines ever with these two, but with different roles. Maybe we could see a Mickie James obsessed Sasha Banks?