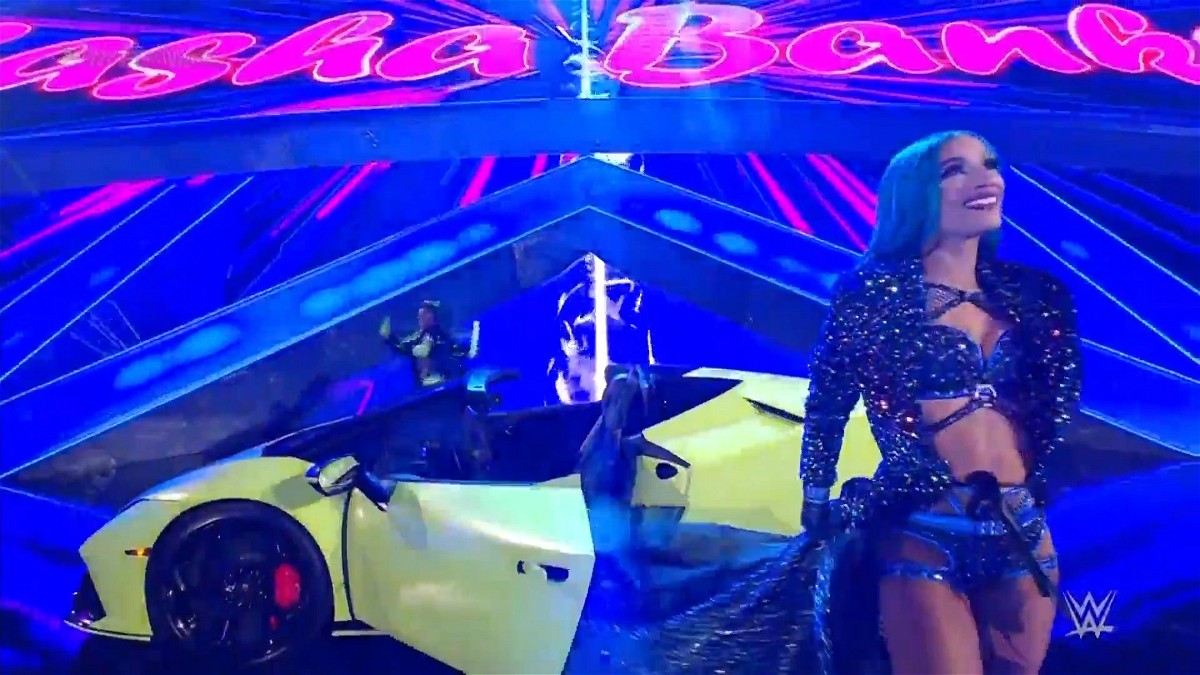 Sasha Banks might just have sealed the Entrance of the Year Award. The Boss has a history of making iconic WrestleMania entrances, but on Night 2 of WrestleMania 38, she proved her Legit status; driving a Lamborghini to the Grandest Stage of Them All!

Sasha Banks has had a wild Road to WrestleMania 38

The Boss has had a wild Road to WrestleMania, complete with twists, turns & returns! She started the year off with the Women’s Royal Rumble match, where she was a featured player before getting eliminated.

Given the main event programs heading into ‘Mania 38, it was doubtful if Sasha would even be on the card. But that changed when she joined forces with Naomi to gun for the WWE Women’s Tag Team Championship.

You can’t be called The Boss if you don’t roll with bosses, and The Legit One proved that at ‘Mania 32. Sasha was played to the ring by WWE Hall of Fame member Snoop Dogg for her triple threat match with Becky Lynch & Charlotte Flair.

Last year, Banks made another historic entrance as the first woman to main event WrestleMania as a champion in a single’s match against Bianca Belair. But this year, she outdid herself and showed just why she is called The Boss of WWE.

Sasha Banks makes her WrestleMania 38 entrance with a Lamborghini

Mercedes Varnado decided not to pay homage to her namesake car brand at WrestleMania 38; choosing instead to break out the luxury that befits a boss. Sasha Banks made her entrance driving a sleek Lamborghini down to the stage.

The team of @SashaBanksWWE & @NaomiWWE are living life in the fast lane at #WrestleMania with this amazing entrance! pic.twitter.com/KwoNJaod3A

The Boss then went on to pick up her first WrestleMania win, ever, pinning Rhea Ripley to win the WWE Women’s Tag Team Championships alongside Naomi. This was a great night for Sasha Banks, who will be immortalized as one of the best WrestleMania performers of all time.