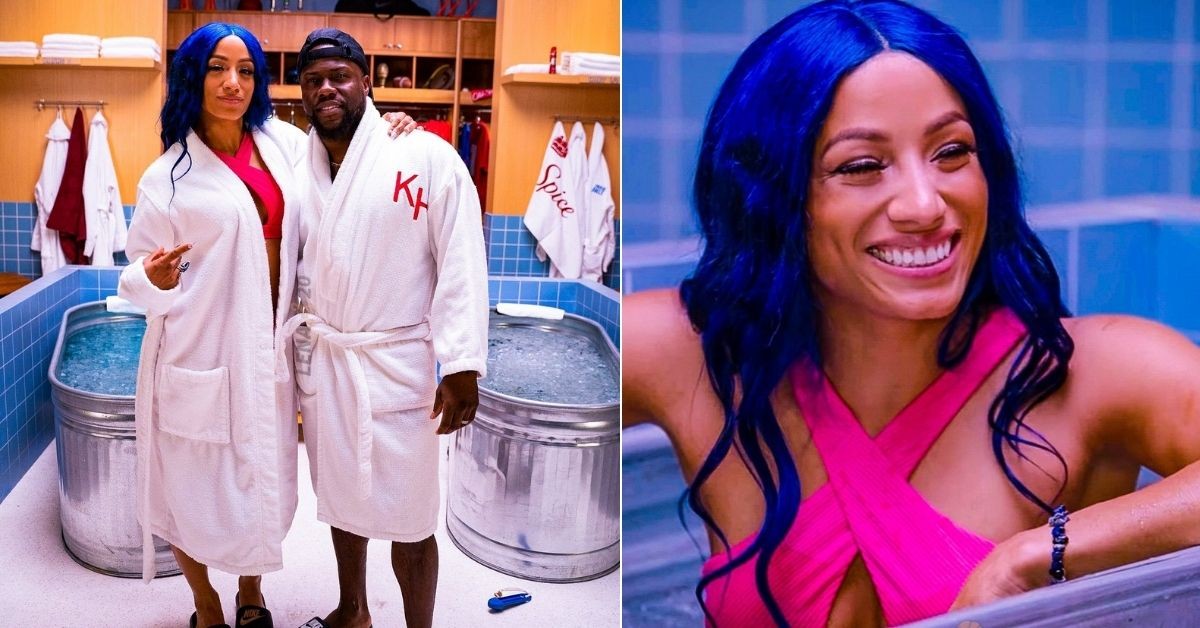 Sasha Banks, along with Naomi, was involved in an incident on Monday Night RAW as she walked away from the show. She appeared in an episode of Cold As Balls with Kevin Hart before RAW.

Sasha Banks joined WWE in 2012. She was first assigned to WWE NXT, where she made her name as one of the most popular stars in the black and yellow brand. She was called up to the main roster in 2015.

It has been 9 years since Sasha Banks made her NXT debut.
What has been your favourite moment of The Boss? #WWE #SashaBanks pic.twitter.com/IWjK8e6itP

She talked to Kevin Hart about her days in NXT, where in the first few months, a writer of the show told her that WWE didn’t see her as a show headliner. She had this to say.

I wasn’t really getting used. A writer came up to me and told me that I was just a good hand. ‘A good hand.'”

Banks was asked who the writer was but refrained from answering that, and said, ““I’m not telling. I don’t need to. That was my defining moment. I was like, ‘Alright, I’m going to show you.’ The next month, I just turned it up and the next thing you know, I’m the NXT Women’s Champion.”

Stills from today’s Cold As Balls episode with Sasha Banks, courtesy of the show. Thanks to them for sending these along pic.twitter.com/qFO02SogU2

Kevin Hart admitted that Banks’ achievements were impressive and asked the Women’s Tag Team Champion if she was been able to garner the respect she deserved. Sasha Banks confidently replied that she does.

When will Sasha Banks return after being banned indefinitely by WWE?

As reported earlier, Sasha Banks created a big scene backstage on RAW after she decided to walk away from the main event of the night. Backstage reports have revealed that there is major heat on The Boss in WWE and that nobody has offered any sympathy for her actions. WWE later released a statement addressing the situation.

Banks is one-half of the current WWE Women’s Tag Team Champions, but it is unsure what will transpire after she and Naomi handed over the titles to John Laurinaitis (WWE Head of Talent Relations). Neither of the Women has issued any statement regarding the walkout as of now.

WWE have removed Sasha Banks and Naomi from the introduction as well.

As of now reports are running around stating that both Sasha Banks and Naomi are suspended indefinitely.