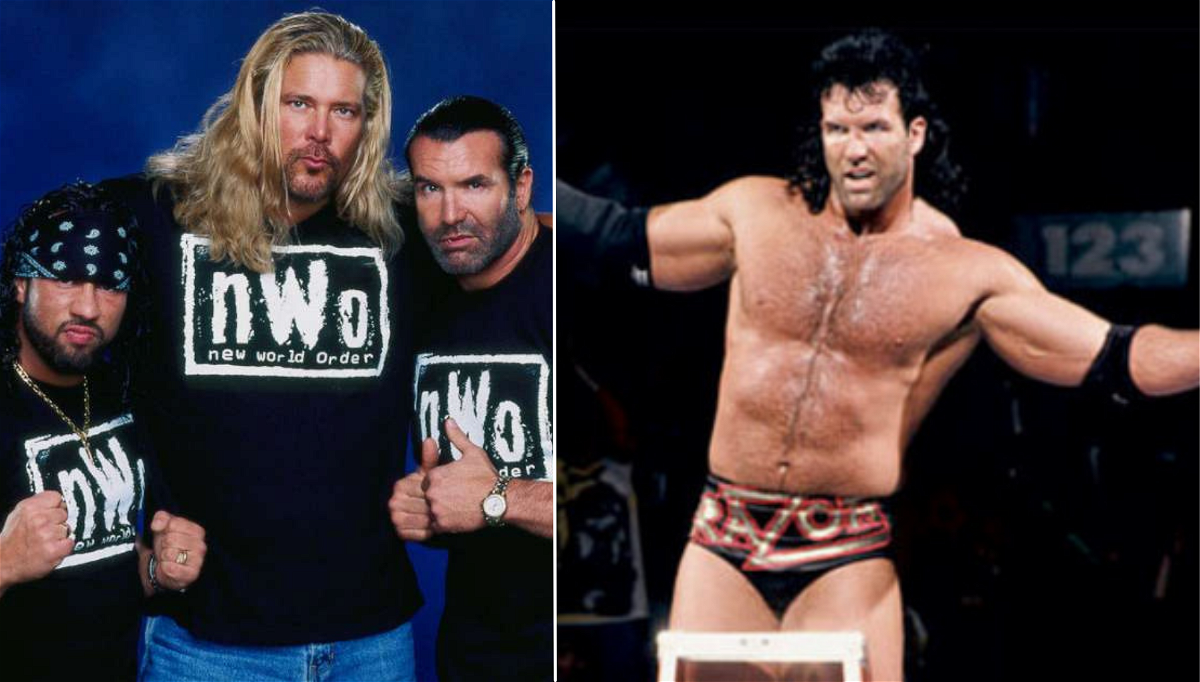 The world of pro-wrestling was saddened on hearing the news of Scott Hall’s demise. Hall is one of the most beloved and respected pro-wrestlers of all time. After a complication in his hip-replacement surgery, Hall suffered 3 heart attacks and thus was put on life support. On March 14th, 2022, Hall was taken off life support and a few hours later the Bad Guy expired. Scott Hall will forever be in our memories. The man has provided us with a lot of great moments, an exceptional professional wrestler and has also been noted to be a great human being overall.

Scott Hall was born in the small St. Mary’s County in Maryland, USA. In 1990, Scott was married to Dana Lee Burgio from 1990 to 1998 and they again re-married in 1999 and got divorced in 2001. Hall found love again in Jessica Hart and the two became husband and wife in 2006. Sadly, things did not work out and they made the decision to split up just a year after.

Scott has two children. Both of them were born to him and Dana Lee Burgio. One of Hall’s children is Cody Taylor Hall who is also a pro-wrestler. At just the age of 30, Cody Hall has already wrestled over 300 matches. Cody has wrestled in several promotions such as New Japan Pro Wrestling and Rev-Pro Wrestling. Cody Hall is also one of the members of the infamous Bullet Club. A faction that most people would refer to as the modern-day nWo.

Born on October 20th, 1958, Scott Hall grew on to become a trend-setter and a pillar in the world of pro-wrestling. At the age of 25, the Bad Guy kicked off his career in Wrestling. He started by joining the American Wrestling Association (AWA). Hall learnt almost everything he could in a short span. Hall held the AWA Tag Team titles along with Curt Hennig, more popularly known as Mr. Perfect. Scott Hall also holds a perfect record in AWA with 10 Wins and 0 losses.

The Bad Guy went out to do bigger and better things. In 1992, Scott Hall made his WWE debut under the ring name Razor Ramon. Before entering the biggest wrestling promotion in the world, Hall wrestled at other promotions such as New Japan Pro Wrestling and the World Wrestling Council (WWC). At WWC, Hall held the Caribbean Heavyweight Title and also the WWC Universal Heavyweight Title.

As Razor Ramon, Hall saw the most success in his career. Ramon loved to be the Bad Guy. His nonchalant attitude and the mindset that he could do anything and get away with it was the perfect blend to bring the absolute best out of Razor Ramon. Within a year of his debut, Ramon won his first singles title in WWE. Hall defeated Rick Martel to win the Intercontinental Title.

At WrestleMania 10, Ramon faced Shawn Michaels in the first-ever ladder match in WWE. Ramon put on a flawless performance and won the match to become the first-ever Undisputed Intercontinental Champion.

A couple of years ago, the two legends re-watched the match and re-lived the iconic match.

The birth of nWo

Razor Ramon then signed with WCW and helped elevate the promotion. Ramon teamed with Kevin Nash and called themselves the Outsiders. The Outsiders won the WCW Tag Team Titles on 6 different occasions. The Outsiders then teamed with Hulk Hogan to create the iconic faction nWo (New World Order). nWo will forever be in the Mount Rushmore of Pro-Wrestling Factions. The faction re-ignited Hulk Hogan’s career and also was one of the saving graces of WCW.

Scott Hall’s final match was against Chuck Taylor for the DDT Iron Man Heavyweight Title. In Scott Hall’s 30-year wrestling career, he had a total of 579 matches out of which 77 were in pay-per-views.

The pro-wrestling Universe will always remember him as one of the greatest in the business and he will be missed.

What were your greatest memories of the Late, Scott Hall? Share them in the comments.