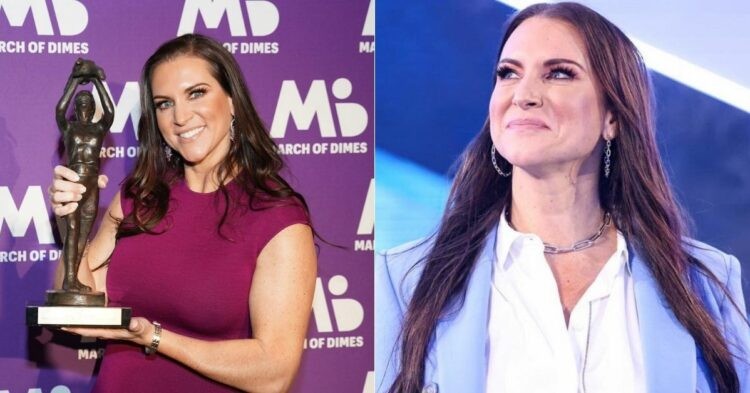 New reports have surfaced about Stephanie McMahon and her decision to take a leave of absence from WWE. Being the daughter of Vince McMahon, Stephanie had a lot of responsibilities as an executive of the company. She also took up the executive duties of Triple H while he was away due to health concerns.

However, reports claim that there were internal doubts about her abilities to fulfill her duties in the company. Many people were left in disbelief after she stepped down as the Chief Brand Officer of the company.

Internal doubts on Stephanie McMahon as an executive

Andrew Zarian discussed Stephanie McMahon’s leave of absence on the We’re Live Pal podcast, along with various other rumors surrounding her. Zarian stated that a source, who happens to be a high-level WWE executive, used some stimulating words to encourage him to release the story about Stephanie. Here’s what he had to say.

“(It was a) very bizarre conversation, I’ll tell you that. I didn’t expect that phone call. It was a phone call that kind of veered into a discussion about Steph. So I asked and I was like, ‘hey, anything I could add to this? What’s going on?’ And, you know, some of the comments, I was shocked. One being that people internally and this is coming from someone in the know in WWE. This wasn’t like a guy in catering.”

He added that there was internal doubt on Stephanie McMahon’s abilities as a WWE executive, which took place after the departure of former executive Michelle Wilson. The doubts arose since ad sales and sponsorships weren’t performing well.

Following the announcement of her hiatus, it was revealed that Nick Khan, President of WWE, would assume Stephanie’s duties. It is a short term solution since WWE will hire someone for the long term. She is reportedly catering to her family while she is away on a break after her husband, Triple H, suffered a serious cardiac event.

“Paul Levesque, a.k.a. Triple H, underwent a successful procedure last week at Yale New Haven Hospital following a cardiac event. The episode was caused by a genetic heart issue and Paul is expected to make a full recovery.” https://t.co/daTT1SnBUz

The company has posted a job listing for Brand and Chief Marketing Officer on their corporate website. The new job listing includes the duties and responsibilities of Stephanie McMahon during her time as the Chief Brand Officer of WWE. As of now, there is no word on when she will return to the company. But, being a McMahon, Stephanie will eventually return to the company in some capacity.