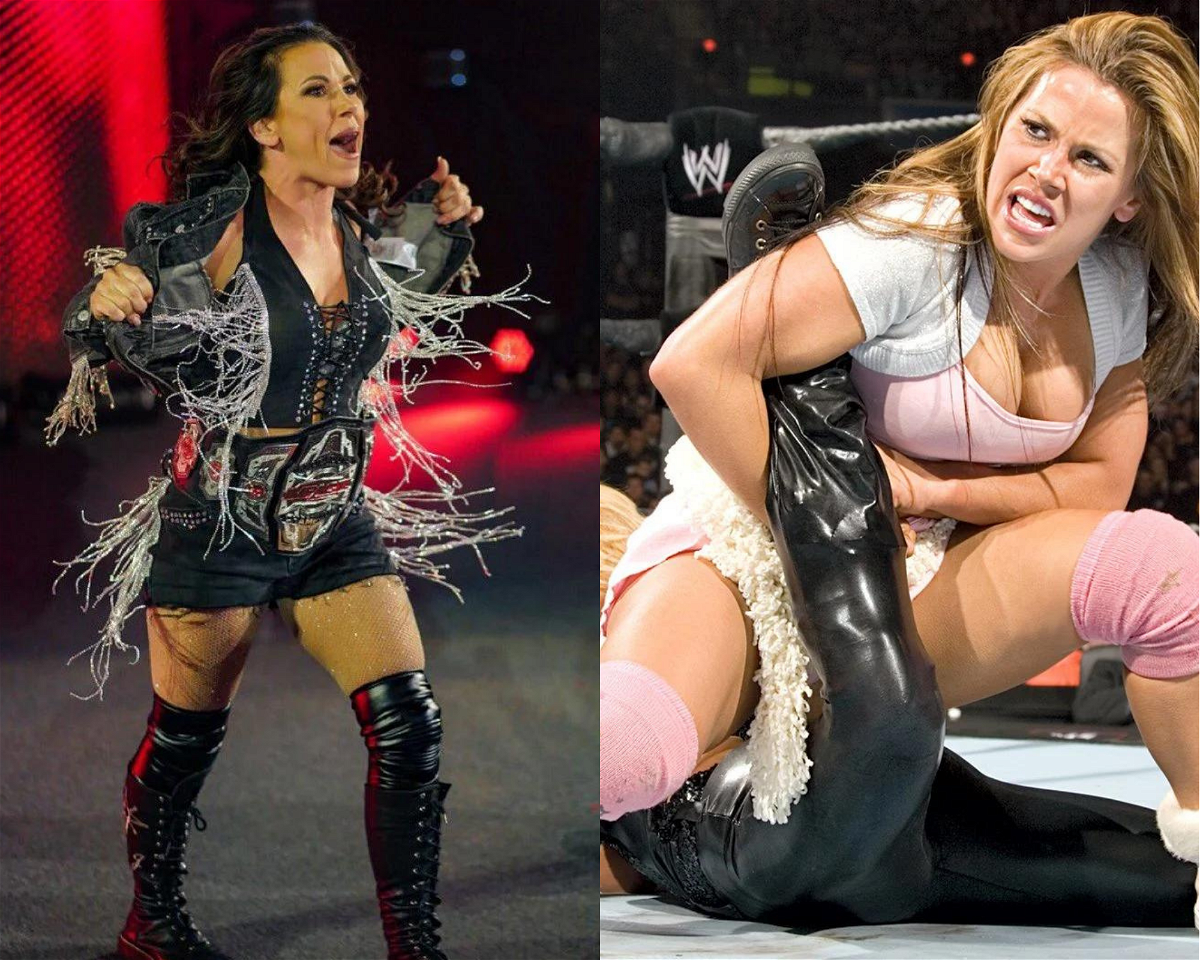 IMPACT Wrestling has been the home of progressive women’s wrestling since its TNA days. At a time when mainstream women’s wrestling was more caricature than actual grappling, IMPACT gave women in wrestling the chance to show what they’re really capable of doing. And perhaps no one deserved to do that more than former IMPACT Knockouts & WWE Women’s Champion Mickie James.

James has had a storied career, to the point her name has become synonymous with Women’s Wrestling. She had the first proper Women’s WrestleMania program with Trish Stratus at WrestleMania 22, was a 5x World Champion in the company, and also participated in their first-ever all-women’s PPV Evolution back in 2018. Mickie made history at the beginning of 2022, when she rocked up to the Royal Rumble with the Impact Knockouts Championship. In a recent interview organized by Eurosport India, Mickie James spoke at length about her career, the struggles she faced as a woman in professional wrestling, how IMPACT Wrestling has made things better and a brand new video game!

I was very blessed to come in and be immediately put against Trish Stratus in the biggest Women’s Program in WWE at the time. Regardless of what anyone says about the angle leading into it, I would have to say my WrestleMania 22 match with Trish was my favorite WrestleMania moment.  I’ve done some really cool things in my career but nothing, no feeling, aside from just coming back in the Rumble, has ever matched the emotional significance of that first WrestleMania because that was the epitome of me achieving the dream.

That moment was the culmination of all the struggles across the years it took to get there. From people saying “you’re never gonna make it”, to sleeping at rest stops and eating out of tuna cans & peanuts because that’s was the life of an indie wrestler. I was a weekend warrior and that’s all I could afford. I was constantly questioning my value, my worth, my dream. I remember I arrived in Louisville for what I thought was going to be 6 months that turned into almost 3 years before I debuted on television. Which is fine, I wouldn’t change a moment of my story. So that moment, that pay-off, there’s nothing that can take away the emotion I felt at that WrestleMania with Trish.

I was so blessed to have Trish, to help guide me in that very first storyline because she took her time to give me irreplaceable knowledge and valuable advice that I needed at the time. I was young, I was still sponging, I was learning so much, and I was just grateful to be there. But Trish made me realize what working for the WWE can really be like. She really helped me both as a television performer and as an entertainer to the point that immediately out of the gate, I was leveled up to her and Lita’s position on the card and granted the opportunity to win the Women’s Championship at WrestleMania.

Mickie James spoke out on how difficult the Divas Era was for her; but also recognized its merits

It was a whole new mindset, a whole new era, and something I wasn’t necessarily in love with immediately.  They weren’t hiring a lot of wrestlers because they had a different vision for the women’s division at the time. Almost to the point where I was like, “Maybe I went about this the wrong way”. I’m waiting to go up to television and I’m teaching some of these girls how to grab a headlock, and that did make me question what I was doing here in the first place. But then I recognized the fact that we started to get a very strong, young, female audience that we never really had before. I was one of those little girls that was a wrestling fan, and I think that was kind of what that Diva Era was, to try to connect with a younger, female audience, and it worked. It absolutely worked. And some of those girls are my closest friends today, so I wouldn’t change a moment of what transpired during that Era.

Q: What makes the Women’s Wrestling landscape today different from years gone by, and how has IMPACT Wrestling contributed to it?

The fans have forced the hand of every company to step up and respect women’s wrestling and hold it to the same standards as they do for men’s wrestling. I remember this one time when I was in gorilla position, waiting to have a match with Gail Kim. I think originally we had like 12 minutes and then, because everything had ran over, they told us we had 4 minutes with entrances, meaning we have 2 minutes for our match. It was a real eye-opener in the sense of where we sat in the level of importance, and it wasn’t until the fans stepped up and said “Hey! We respect these women and we want to see them wrestle” that things changed. Impact was always doing that, and it goes kind of unnoted and kind of unapplauded a lot of times. But they were always knocking down barriers for their Knockouts Division with the Knockouts KnockDown specials and the One Night Only events which helped showcase their immense talent. And because fans have evolved, they’re going back doing their research, and demanding more representation for Women’s Wrestling, which has changed the game for female athletes across every company.

Q: Speaking of female athletes, you’re the only woman was had been a part of 2 All-Women’s PPVs across 2 very different companies. As good as Evolution was, EmPowerrr was the best all-women’s card I’ve seen in a long time. Are there plans for Round 2?

I was really blessed with EmPowerr, I was blessed that Billy had the faith and the trust in me, to be able to put that show on. And I think that it was really awesome to be able to utilize my relationships with Impact Wrestling and to kinda bring together every other company and highlight and celebrate their women. It was a special night for me and for every woman in attendance or watching the show; it was a powerful night. Unfortunately, we weren’t able to get foreign talent involved due to the global pandemic, but that might change. The idea was to always make NWA EmPowerrr an annual PPV event, based on the success of the first one. So, fingers crossed, it happens soon!

Q: And lastly, you became my favorite Women’s Wrestler thanks to the Raw vs SmackDown 2010 video game. With WWE having just released 2K22, are there any plans for a new wrestling game from IMPACT Wrestling or maybe yourself?

Actually, yes, to answer your question. As far as Impact having its own game, I don’t know about that, but there are certainly some more independent games coming out. In fact, there this one game, it’s not out yet, and I don’t know if I’m supposed to talk about it, but Nick and I just signed a new deal for a wrestling video game. And Nick is also doing the motion capture for the game himself; they’ve sent us the whole set-up and it’s in our basement. I think now, because technology has moved so quickly, that there are a lot of different options for wrestlers to be in different types of games.  Because I’ve had several video game offers, since leaving WWE like a year ago. I’ve had a couple different video game offers, but we did just sign, I’m trying to think, I don’t know if I’m supposed to say, but yes.