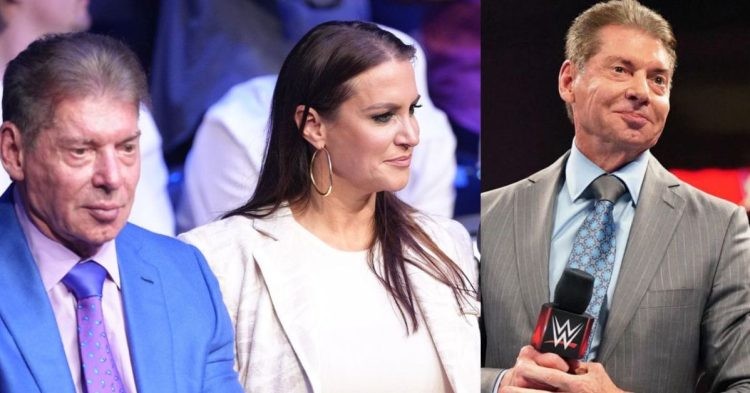 Stephanie McMahon is doubtful that her father, Vince McMahon, will allow her to run the WWE, the world’s largest Pro-wrestling promotion. Stephanie McMahon was on The Howard Stern Show in the year 2002, and she talks about whether Vince wanted her and her brother to be in the Family Business.

Howard asked Steph, “What’s the deal, like you have always been involved in the WWE, I mean did you try anything different?” She replied, “No. I never wanted to do anything different, actually, I’ve worked for the company since I was 12”

Howard then goes on asking, “So your dad always sort of bought you up to be in the family business, right?” Stephanie’s answer was actually surprising for the host and audience too. She said, “Well my dad always wanted us to have Jobs, and I really wanted to be in the Family Business and he left it up to us on what to do.”

Howard then asks a tricky question considering the time in which the interview took place. He asked, “I guess when your dad retires, you guys (Shane and Stephanie) take over the motherlode right?”. To which Stephanie said, “Well hopefully”

The interview aged well, After all, Vince McMahon, the guy who vowed never to retire from the WWE, retired in July 2022 amid allegations of sexual misconduct and hush money. Stephanie McMahon, along with Nick Khan, was named Chairwoman and Co-CEO.

Stephanie McMahon resigns from her position at WWE

Then. Now. Forever. Together. pic.twitter.com/8dqr5reIiv

Vince McMahon said, “Stephanie has always been the ultimate ambassador for our company, and her decades of contributions have left an immeasurable impact on our brand,”

Stephanie McMahon announced her retirement from WWE on Monday, after six months as co-CEO and chairman. The move comes just days after her father, Vince McMahon, returned to the company as a board member after retiring in July after allegations of sexual harassment and assault, as well as reports that he paid settlement money to the women involved.

According to sources on, WWE is reportedly being sold to Saudi Arabia’s Public Investment Fund. The reports emerged shortly after Stephanie McMahon left the company. As per DAZN pro wrestling writer Steven Muehlhausen, Vince, who is also WWE’s principal stakeholder, made the decision to take the company from the public stock market and return it to private ownership.