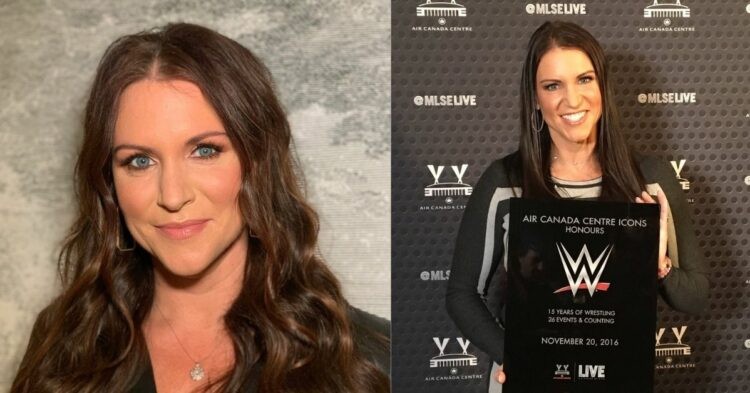 Stephanie McMahon shocked the wrestling world when she announced a leave of absence from WWE in a Twitter post. People are still unable to comprehend the reason behind her decision to take a break from the company. Let us take a look at some new reports regarding Stephanie McMahon.

Update on McMahon’s decision for a ‘leave of absence’

Reports have emerged that Stephanie McMahon had a ‘rough’ 2021. She had a difficult time coping with her husband and WWE EVP of Global Talent Strategy & Development, Triple H‘s health concerns. She will be taking time off to cater to her family’s needs, which she had confirmed earlier.

Happy Mother’s Day to all who are celebrating!!! #blessed…And now time to watch #WMBacklash! pic.twitter.com/P6G2Rl9uij

McMahon took up the executive responsibilities of Triple H during his absence. And as of now, it is confirmed that WWE President Nick Khan will be handling Stephanie’s role as she embarks on a hiatus from the company. There are reports that WWE will eventually appoint an executive to handle their Brand management duties full-time.

Stephanie McMahon has removed WWE from her bio

Many people in WWE have noted that something important is going on behind Stephanie McMahon’s decision to take some time away from the company. The story is believed to be a personal and private issue which may not become public. Stephanie McMahon has removed her WWE work history from the LinkedIn account a while back.

From the “could mean nothing, could mean something” file: Though she’s left up the WWE references in her bio and her background image, Stephanie McMahon’s LinkedIn page no longer includes her WWE work history, just her education history and volunteer work history. pic.twitter.com/Y5cpCNNaBi

Her LinkedIn bio only includes details about her education and volunteer work. As of now, Stephanie McMahon’s husband Triple H is back in WWE and has resumed his role as an executive. It is still unclear whether she will return or not. But Stephanie McMahon’s initial statement suggested that she will eventually return as the Chief Brand Officer of the company.