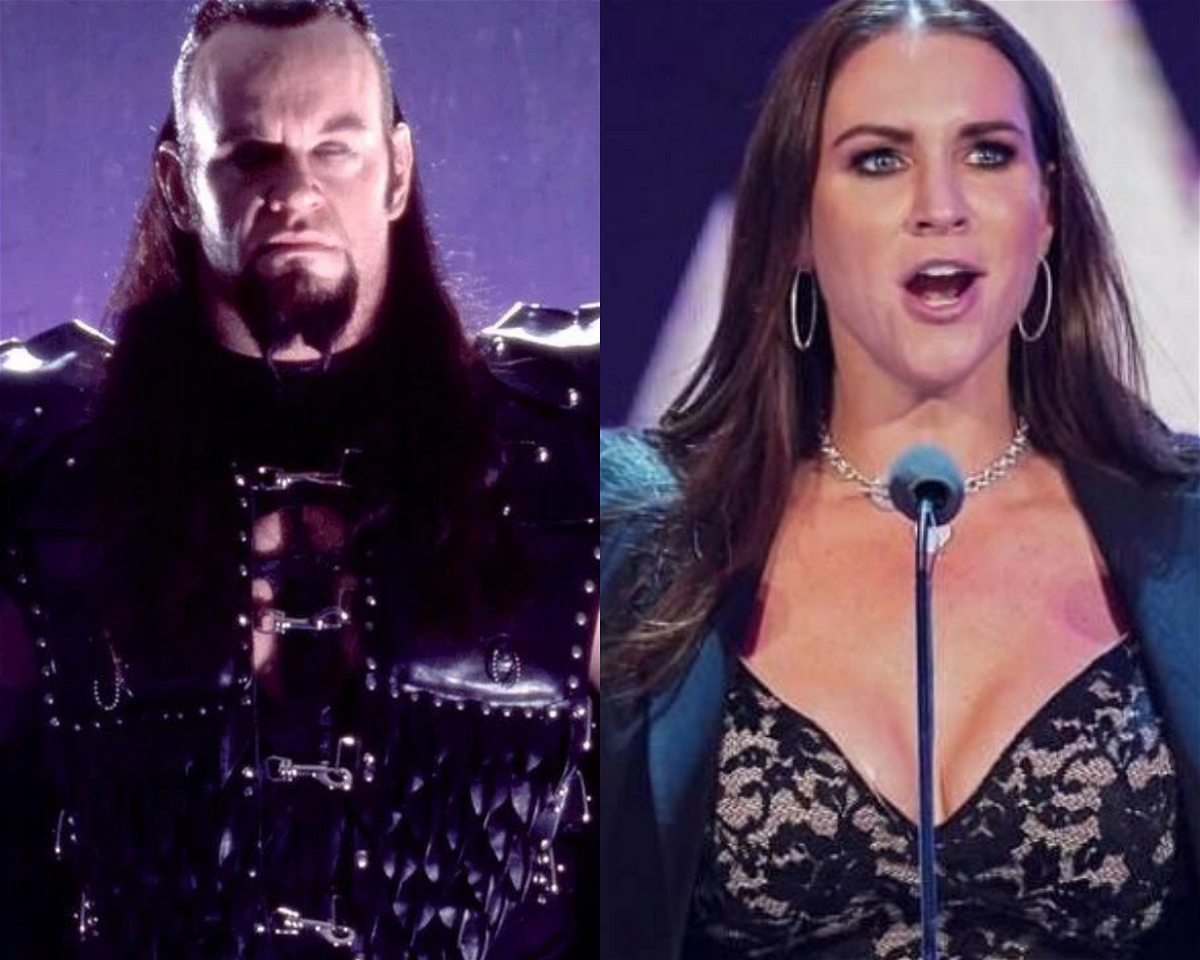 The Undertaker has had many career-defining moments which, in hindsight, might not have been in the best of tastes. Mick Foley flying through the Cell? Good. Facing Giant Gonzalez at WrestleMania 8? Bad. His Cell match with Triple H? Very good. Whatever the Mohammad Hassan deal was? Very, very bad. But one of his most infamous moments came on an episode of Raw from the Attitude Era, and it has been re-visited by his “victim” that night.

At the peak of his Lord of Darkness character, The Undertaker had a cult dedicated to him and performed some of the most controversial acts to be seen on TV. He tried to embalm “Stone Cold” Steve Austin and when that didn’t work, he straight up tried to crucify him!

But by far his most controversial moment has to be the “wedding ceremony” segment from an episode of Raw is War from 1999.

The Deadman had abducted Stephanie at the first-ever Backlash PPV and then forced her to become his “bride” in one of the most iconic- and downright creepy-moments in WWE history. Though that kind of content would not fly past WWE’s PG sponsors these days, it does help cement The Phenom’s legacy as one of the most enigmatic characters in wrestling history.

WWE kicked off WrestleMania 38 weekend with the Axxess SuperStore; and Chief Branding Officer Stephanie McMahon was in attendance. Stephanie took time out to visit the special “The Undertaker Experience” section of the event and posed with the exhibit.

Stephanie played a substantial on-screen role in the career of The Undertaker, often finding herself at The Deadman’s wrong side. But as The Phenom enters the WWE Hall of Fame in 2022, McMahon finds herself grateful of having been a small part of ‘Taker’s massive legacy. Find out more about The Deadman’s induction, here.

Chan Sung Jung’s UFC Fight Purse: How much money has The Korean Zombie Earned from his UFC Career