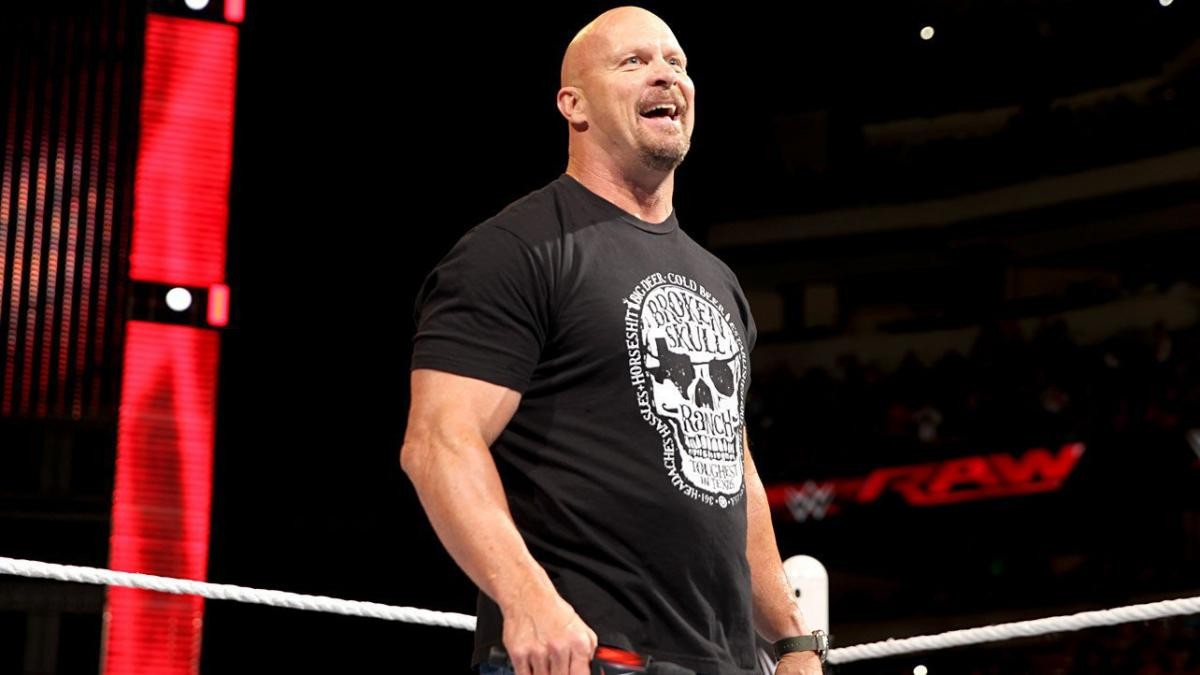 Whenever WrestleMania comes around to Texas, Stone Cold Steve Austin opens a can of whoop-ass on somebody. It’s a tradition that has been followed since The Texas Rattlesnake’s retirement in 2003. For ‘Mania 25, Austin broke out the beers and a bad-ass quad bike and for ‘Mania 32, he stomped a mud-hole in the League of Nations. WWE is returning to the AT&T Stadium in Arlington, Texas for WrestleMania 38; only this time, Stone Cold Steve Austin might be delivering a stunner in an actual match.

Stone Cold Steve Austin has had one of the greatest in-ring careers of all time, being the fifth-ever Triple Crown Champion in WWE history and holding the WWE Championship on 6 separate occasions. Austin’s career was derailed by a freakish neck injury he sustained at SummerSlam 1997. During his match, the late Owen Hart botched a sit-out Tombstone Piledriver, giving Austin neck and spinal injuries that led to his retirement. Stone Cold Steve Austin hasn’t wrestled a match since March 30, 2003, when he took on The Rock in the final installment of their seminal trilogy. However, it hasn’t been due to a lack of interest from WWE.

During his appearance at Starrcast III, CM Punk revealed that there was a “sliver in time” when the match might have happened. Fans will remember the infamous sit-down interview from 2011 where The Rattlesnake and the Second City Saint traded verbal barbs.

According to Punk, he pushed Austin to work a match with him after the interview but it never happened. To be fair, the Rattlesnake himself doesn’t think he should get back in the ring, but that doesn’t mean he can’t.

During a September 2019 episode of the Steve Austin Show, Stone Cold revealed that in theory, he could have one more match. Thanks to the many corrective surgeries he’s had since retiring, his body is in better shape than it has been in years.  That is a fact that WWE hasn’t forgotten about, and can play into the WrestleMania 38 card.

Kevin Owens has been using the Stunner as his finisher since 2019, having relegated the Pop-Up Powerbomb to a signature move. If Dave Meltzer is to be believed, he might be about to meet his proverbial maker. Sean Ross Sapp of Fightful Select has revealed that there have been conversations regarding one more match for Stone Cold Steve Austin for some time now.

WWE has “made an overture” to try and get Stone Cold Steve Austin for a possible WrestleMania match, per @SeanRossSapp pic.twitter.com/KA7e2vR1Pr

Meltzer has backed that up and added that the proposed match is Stone Cold Steve Austin vs Kevin Owens at WrestleMania 38. Owens has been doing fantastic work as a heel, and his recent promos ripping into the state of Texas are the perfect set-up for the glass to shatter, one more time. We wonder who else might show up at the Grandest Stage of Them All; and if we would even be able to see him. WrestleMania 38 emanates from the AT&T Center in Arlington, Texas on April 2nd & 3rd, 2022.

Brock Lesnar: “I Feel Fortunate That I’m Still on Top in the WWE”