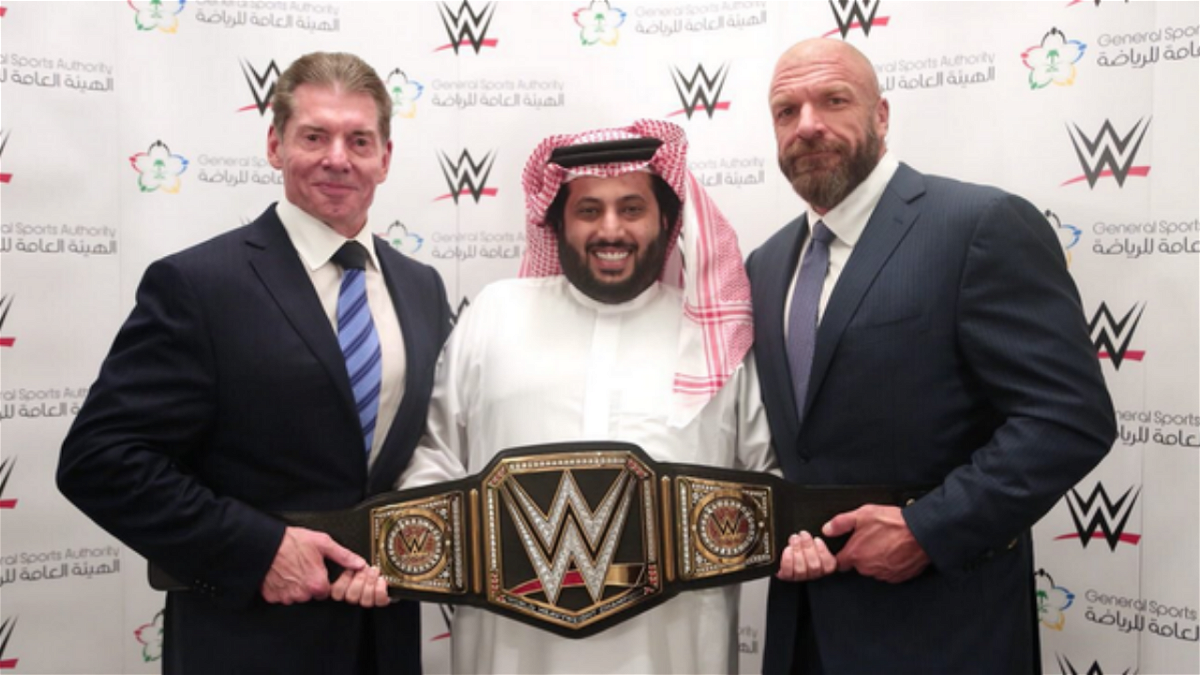 WWE Elimination Chamber is set to emanate from the Jeddah SuperDome in Jeddah, Saudi Arabia, on February 19, 2022. It’s the first time that a Premium Live Event so ingrained in WWE’s internal lore is being held in Saudi Arabia, giving us the perfect opportunity to take a look at their controversial relationship.

On March 5, 2018, the Kingdom of Saudi Arabia announced the Greatest Royal Rumble; a Saudi-exclusive live event that was part of their new 10-year agreement with the WWE. WWE had been running house shows in Saudi Arabia since 2014, but this deal was a financial game-changer for them.

Thread. RE WWE & Saudi. We are a few years into this and has a major outlet latched onto this story? #WWE https://t.co/DDzUAAzGO2

Wrestlenomics revealed that WWE’s estimated earnings from their first 5 Saudi Arabia shows is more than their earnings from every WrestleMania; combined. WWE earns a reported $50 million for each show they run in the country; a figure that outclasses Tony Khan’s entire distribution deal with WarnerMedia for All Elite Wrestling. But while WWE continues to rake in Scrooge-McDuck money, their deal with Saudi Arabia hasn’t been without controversy.

Khashoggi, Sexism and the “Saudi Incident”

WWE has come under a lot of fire for their deal with Saudi Arabia, with multiple humanitarian groups and government officials calling it nothing more than “sportswashing”. Several wrestlers- including Mustafa Ali, Noam Dar, and the former Daniel Bryan- have refused to work the Saudi Arabia events; solely on humanitarian grounds and the fact that the Kingdom seems to lack it.

Crown Jewel 2018 took place a month after the killing of Jamal Khashoggi. To date, only 4 women’s matches have taken place in Saudi Arabia, and who can forget the infamous “flight delays” post-Crown Jewel 2019. Former Presidential candidate Andrew Yang discussed the prospect of taking Vince McMahon to task on his shady business dealings, but nothing has come of it till-date.

While Goldberg tussles with Roman Reigns for the Universal Championship and Brock Lesnar prepares his butchering knife for the Chamber match itself, WWE is set to earn a pretty penny; having sold the entire Premium Live Event on the back of those two matches. Based on the estimates we have, Elimination Chamber will extend WWE’s Saudi Arabia earnings to the $350 million mark.

Based on the trajectory of live events that have taken place so far and will take place in the future, WWE stands to earn $1 billion from their overall dealings with the GSA through 2027; the largest figure to be ever drawn by a professional wrestling outfit in the history of the sport. Elimination Chamber airs this Saturday at 9 a.m. PT/12 p.m ET.

Mustafa Ali Plans to Sit Out for the Rest of His Contract – What Will WWE Do?