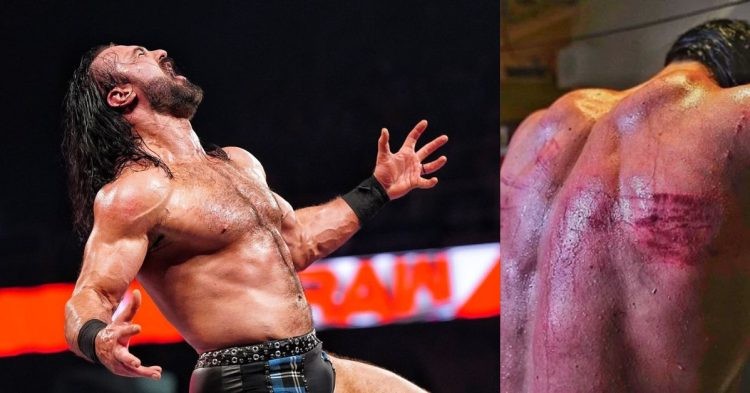 Drew McIntyre and Sheamus were set to face undisputed WWE Tag Team Champions The Usos on Friday night with the titles on the line, but McIntyre announced earlier today on Twitter that he has been pulled from Friday’s WWE SmackDown because he is not medically clear to wrestle.

Unfortunately I am medically disqualified to compete this Friday on #Smackdown

The intent was for the two of them to face the winner of this week’s Monday Night Raw match between Matt Riddle & Elias and The Usos. However, that won’t take place right now. There is currently no information available regarding the type of injury McIntyre is suffering with or his probable return date, but PWInsider reports that this is a real medical problem and not a planned plot.

As of the time of writing, WWE had not addressed his situation. McIntyre also missed out on two WWE live events over the weekend in Petersburg, Virginia, and Rochester, New York. In fact, the former WWE Champion missed this past Friday’s “WWE SmackDown” in Buffalo, New York as well, presumably because of the same medical issue.

Although it was announced on the 12/5 “WWE Raw” that Butch would team up with Sheamus in place of McIntyre to take on The Usos.

Drew McIntyre “The Scottish Warrior,” announced on Monday that he has been “medically disqualified” from joining forces with Sheamus to take on the undisputed tag team champions The Usos on Friday Night Smackdown.

Fans have expressed their concerns over their beloved former WWE Champion’s health and have wished for a speedy recovery.

We wish you a speedy recovery!

Don't worry champ, you will come back stronger. it clear that you need to focus on your health and that's even more important so you can at 100 percent on a day to day basis when you come back. WIsh you all the best and can't wait to see you back in the WWE ring

One of the most well-known WWE stars, McIntyre is definitely a draw for people to buy tickets. WWE originally advertised McIntyre and Shemus teaming up to face The Usos, but they have since announced that Butch will take McIntyre’s place on this Friday.

Get well soon! We all will “MISS” you! Praying for a speedy recovery!

Although WWE hasn’t made the cause or the medical problem public, we wish Drew McIntyre a swift recovery and hope to see him back in action soon.