The Rock vs Roman Reigns: WWE Hyped Up WrestleMania 39 Main Event Without Your Knowledge 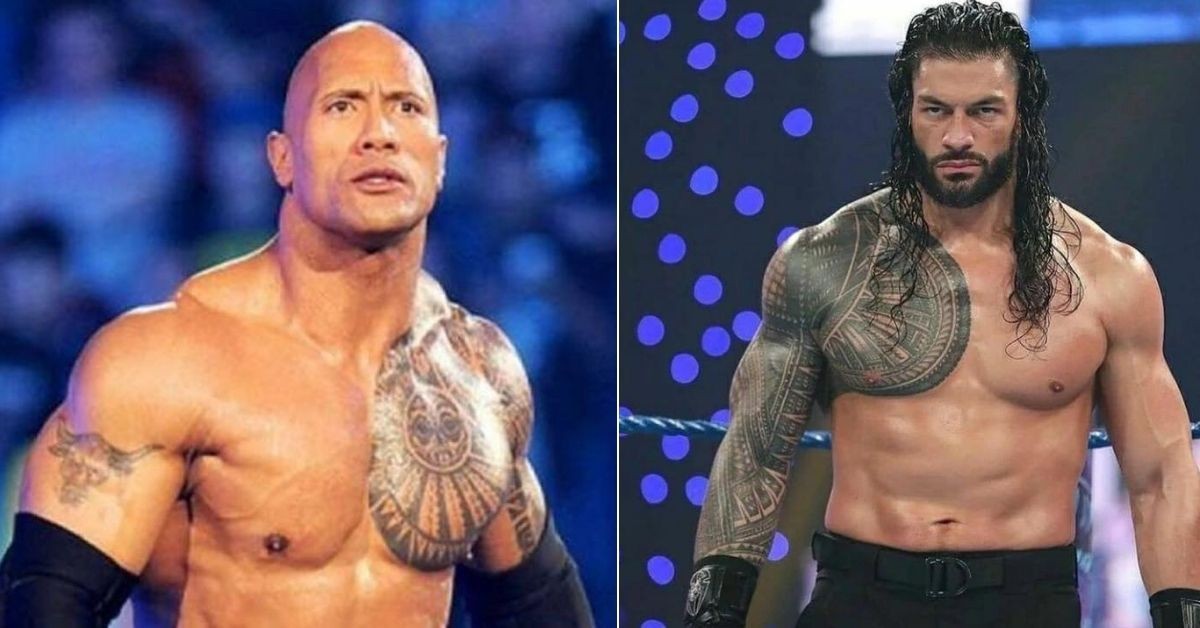 The Rock and Roman Reigns

The WWE Universe may get to see the match between The Rock and Roman Reigns soon. WWE has secretly hyped the possibility of that match without our knowledge through NBC’s Young Rock and WWE Evil.

The Rock and Roman Reigns at Backstage!! #RoyalRumble pic.twitter.com/0OMaKrrn1N

WWE hyping up The Rock vs. Roman Reigns

Everybody wants to see the match between the two Samoan superstars. WWE and the fans want The Rock to return for one more match. Roman Reigns himself said he wants to face his cousin in an interview on the Tonight Show Starring Jimmy Fallon. A younger version of Tribal Chief appeared in an episode of NBC’s Young Rock. Roman was asking his cousin for a wrestling bout, but The Rock replied, “The world’s not ready. A match that big can only happen at WrestleMania.”

On Young Rock, The Rock teased a match against Roman Reigns at WrestleMania. pic.twitter.com/tbaIPd7lyC

Another tease came from WWE’s new TV series WWE Evil, where Roman Reigns was portrayed as a destined champion in one of the episodes. The next scene cuts to the TV show host, Peter Rosenberg. He proceeds to say, “obviously, when you think about the Samoan great superstars, no one is bigger than The Rock.” The scene then shifted to Reigns’ interview with Jimmy Fallon, where he said he was ready to face the Great One. He further went on to say say, “I don’t know if he wants it.”

They teased Roman Reigns vs. The Rock on #WWEEvil pic.twitter.com/BxMkX7co8N

Will The Great One Return to face the Head of the Table?

Rock’s busy schedule makes it hard for him to get involved with WWE programming. Dave Meltzer of Wrestling Observer Newsletter has reported that WWE has planned The Rock vs. Roman Reigns match for WrestleMania 39. Next year’s ‘Mania will take place at SoFI Stadium in Los Angeles, California.

The last time these two Samoan stars met was during the closing moments of the 2015 Royal Rumble. The Rock came to his cousin’s aid to help him book a ticket to WrestleMania. But this time, it will be different should he decide to come back for one last match. What do you think about this match? Drop your comments below.