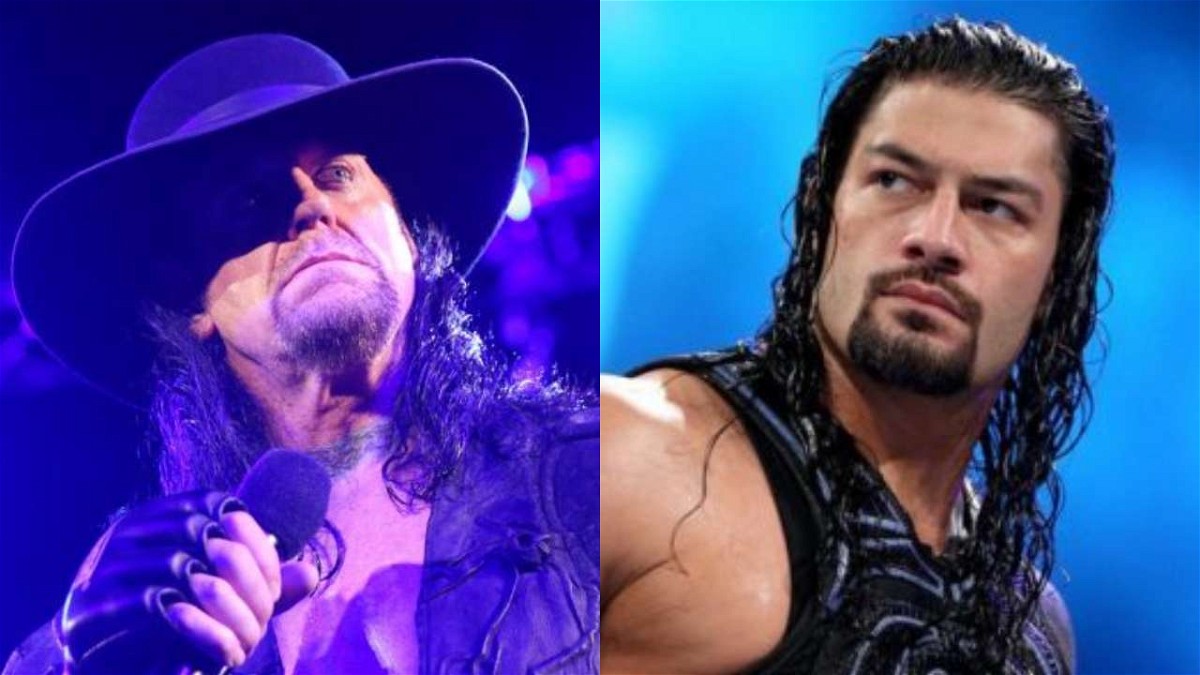 It’s official; Roman Reigns is walking out of WrestleMania 38 as the Undisputed Head of the WWE. I mean, The Undertaker said it, so it’s gotta be true, right?! The Phenom has adjusted to retirement like a glove, opening up like he has never done before in interviews and being more candid that mysterious in general. And now, he has given his honest take on the result of the Main Event of the Most-Stupendous 2-Night WrestleMania of All-Time.

Roman Reigns and The Deadman are standard-bearers for WWE

Mark Callaway spent 30 years as The Undertaker, and never once did he think about betraying Vince McMahon; even when WCW was at its peak. Now, it looks like The Chairman of the WWE has found his Next Guy. Roman Reigns has been McMahon’s idea of the Ideal WWE Superstar for close to a decade now. So much so, that fans actually turned on him because of how strongly he was being booked.

It was at the peak of his unpopularity that he faced off against the Deadman at WrestleMania 33. We could’ve gotten The Tribal Chief on the very next episode of Raw. Reigns had the perfect opportunity to turn, but WWE got cold feet on their blue-chip prospect.

The next time these two would meet in the ring would be as partners. The Graveyard Dogs would put down Shane McMahon & Drew McIntyre at Extreme Rules 2019, in what would become The Phenom’s last, proper in-ring performance. Since then, ‘Taker has retired and Reigns has taken over as the Head of The Table at the WWE.

The Undertaker has gone to war with both Reigns & Lesnar at The Grandest Stage of Them All. He knows both of them up-close-and-personal. Brock Lesnar is the man who broke the Greatest Streak in Combat Sports History. Roman Reigns runs the yard that used to once belong to The American Badass. In an exclusive video released to their YouTube channel, WWE asked The Phenom who he thinks will walk away with the Top Prizes in WWE on April 3rd.

His answer, surprisingly enough, was Roman Reigns. The Phenom has had a far more brutal rivalry with The Beast Incarnate, whereas his programme with Reigns was more about a passing of the guard. I suppose in that regard, it makes perfect sense for him to go for The Head of The Table; that, and also the fact that WWE want to make Reigns the most-dominant champion in company history.

Physical. Brutal. Calculated. Explosive.@undertaker gives his expert analysis of what it’s like to be in the ring against @WWERomanReigns and @BrockLesnar at #WrestleMania ahead of their Winner Take All Championship Unification Match. @HeymanHustle pic.twitter.com/rYcUVGNmLZ

But I would’ve thought that for continuity’s sake, he’d side with Brock, given how ingrained Lesnar has become to his own legacy. Still, The Deadman has picked The Tribal Chief to be the man who unifies WWE’s World Championships at WrestleMania 38; a feat that hasn’t happened since 2013. Where we go from there, is anyone’s guess. All I can say is, it’s going to be good.