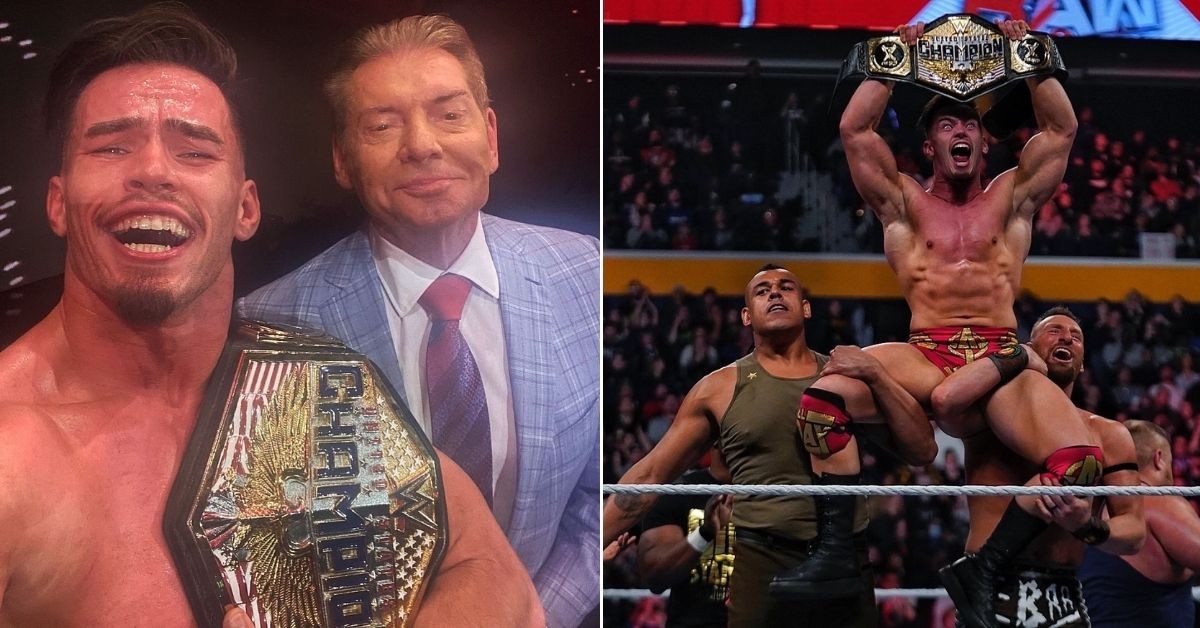 Theory is one of the brightest superstars on the current WWE roster. WWE Chairman-CEO Vince McMahon has handpicked Theory as the next future Universal Champion. Theory won the United States Championship in the most recent episode of Monday Night RAW. He Celebrated with Vince McMahon and sent a message to fans via Twitter.

Theory (shortened from Austin Theory) went face-to-face against Finn Balor for the WWE United States Championship. Vinny Mac’s protégé defeated Finn Balor after hitting him with the ATL. Balor held the US title for a little over a month after defeating Damian Priest. Theory and Balor have been crossing each other’s paths for a few months.

The feud between the two superstars erupted in December after Vince McMahon’s protégé attacked the former Universal Champion backstage on Raw. Theory knocked Balor off television for nearly a month with a brutal beatdown. The 24-year-old superstar requested Adam Pearce and Sonya DeVille for the US Championship match last week on RAW. After pinning Finn Balor, Theory was crowned as the new United States Champion, his first title win since signing with WWE.

Theory posted about his win on Twitter with a selfie with Mr. McMahon. He sent a message to the fans and wrote, “You can hate me now, but I won’t stop now.” The young superstar captured his first championship in the main roster just months after his re-debut in 2021. He had been featured prominently on Raw. Theory had a great WrestleMania match against WWE color commentator Pat McAfee, which he lost. But none the less, he had an excellent performance in the Showcase of the Immortals.

You can hate me now, but I won’t stop now???? #andnew #uschamp #ATownDown #allday #wwe pic.twitter.com/YIdlht6DCl

With the Boss by his side, Theory is sure to rise the ranks in the future. McMahon views him as the next “John Cena” caliber superstar. Theory is very young and has been in the industry for not more than 6 years. He has proved to be a hot commodity in the pro-wrestling showbiz. He is a great in-ring worker and has developed his mic skills in the last few months. he is destined to be a top star in WWE.