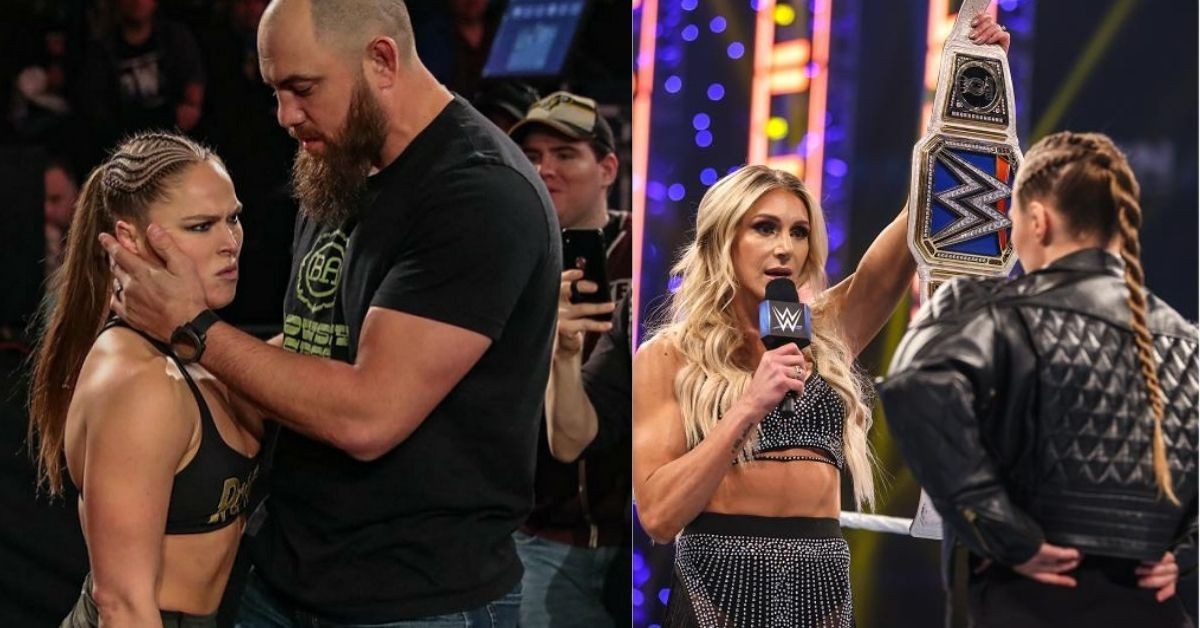 During Friday’s edition of WrestleMania Smackdown, which featured the Andre the Giant Memorial Battle Royal and Intercontinental Championship match, Kayla Braxton spoke with “Rowdy” Ronda Rousey. Rousey had a few things to say to Charlotte Flair ahead of the WrestleMania 38 encounter.

Tensions continue to rise between @RondaRousey and @MsCharlotteWWE as #WrestleMania nears! #SmackDown pic.twitter.com/wgd5GIlg4i

Ronda Rousey says her family will be present at WrestleMania 38

UFC legend Ronda Rousey returned to WWE to win the Royal Rumble and headline yet another WrestleMania main event. This will Rousey’s 2nd WrestleMania main event in She chose to take on the Smackdown Women’s Champion, Charlotte Flair. “The Queen” has described Ronda Rousey as a “one trick pony” who only has one effective move. Flair claims that her legacy in WWE will always be bigger than Ronda Rousey’s.  Rousey and Flair have never faced off in a one-on-one match ever in WWE. It would certainly be an interesting match to see the top Smackdown female athletes take on each other.

Just a day away from WrestleMania Ronda Rousey had a message for the current Smackdown Women’s Champion Charlotte Flair. She said, “Charlotte, you can either tap out tomorrow or I can rip your arm off and give it to my family as a souvenir. Believe me, they’ll love it.”

Ronda Rousey was having a sparring session with WWE Superstar Shayna Baszler. She took a break to speak with Kayla Braxton about her preparation for her title fight against Charlotte Flair at WrestleMania 38. If reports are to be believed, Flair vs Rousey could headline Day 1 of WrestleMania in Dallas, Texas.

.@RondaRousey gets some last minute reps in ahead of her match against @MsCharlotteWWE at #WrestleMania! ???? #SmackDown pic.twitter.com/26HDrt1yQu

Rousey added that her husband Travis Browne, who is also a former UFC mixed martial artist like Rousey, would be present at WrestleMania as she competes for the Smackdown Women’s title. Braxton asked about Rousey was able to be so calm after the events that transpired with Charlotte Flair in the past few weeks. Rousey replied by confirming that she is angry with the “Queen” but her focus is completely directed toward WrestleMania 38.

“I am angry, but I’m not going to walk around pissed off every now and then wearing myself out. I can control my anger and expert in your client. So, until tomorrow and relax, hang out with my family, feel my baby and they’re all going to be sitting in the front row.” Said Ronda Rousey.