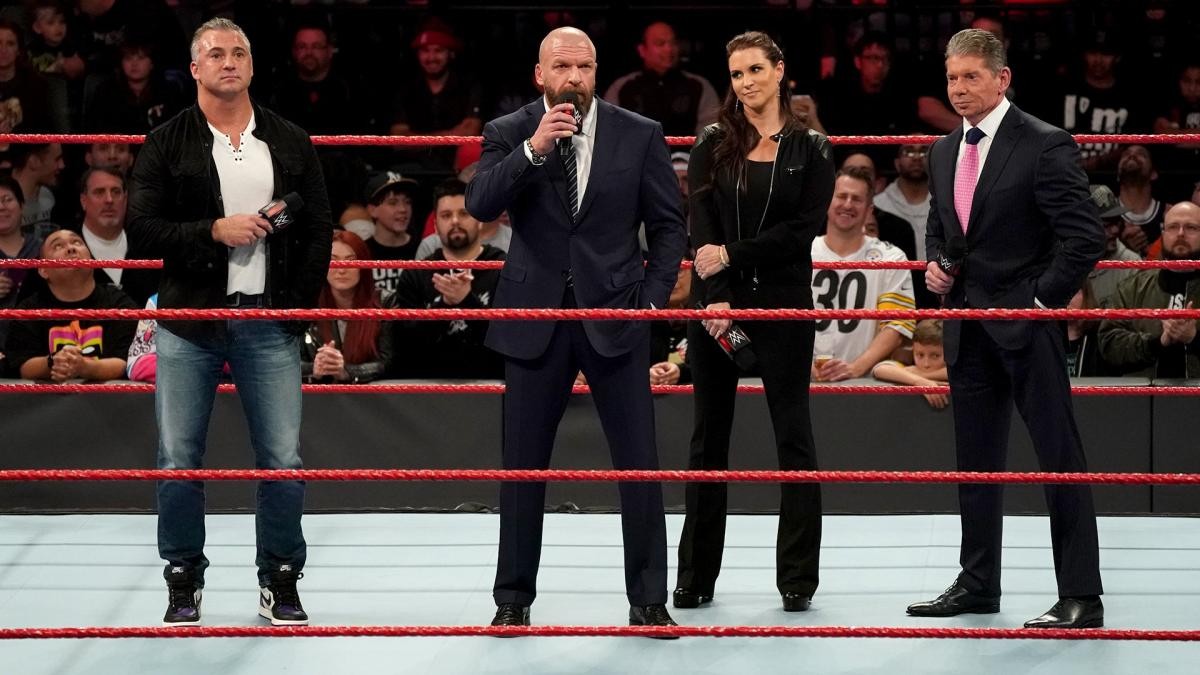 Yesterday, Vince McMahon was a special guest on the Pat McAfee Show. This is Vince McMahon’s first interview outside the WWE in over 15 years. We got to see a very different side of the Chairman of WWE. He was more open and actually seemed like a pleasant person. Vince talked openly about every question Pat asked without any regrets or hesitations. Pat and Vince were really cool with each other. The Chairman of the board answered a lot of questions such as ones with regard to AEW, the Saudi Contract and also who will carry on his legacy?

In regards to Saudi Arabia– Vince McMahon says the fans are enthusiastic. That they are no different than other fans. Says people are people and cultures are cultures and we have to respect that.

Who does Vince McMahon think will carry his legacy?

During the interview, Vince was asked about his thoughts on who he thinks will take over the company after him. Although Vince did not give us a clear answer on who it will be. But he may have given us a hint at who it will not be. Vince said that despite his family members being part of the company, they are still his employees. The Chairman said they have to still have a good rapport with the team and should understand what the fans want. The most important thing is understanding the fans and he specifically said, “if they are not working out, then they cannot own the company.” Vince was clearly talking about his son, Shane McMahon.

Shane McMahon made his return to WWE in 2014. Since then he has been a part time wrestler for the most part. Not so long ago, in the kingdom of Saudi Arabia, Shane won the Best in The World Tournament and also tag teamed with the Miz. They won the SmackDown tag team championships. Shortly after the two lost the titles and that lead to Shane’s heel turn. The feud came to an end with him getting a win over The Miz. After that, Shane has been active in a non-wrestling role.

Early this year, Shane McMahon returned to in-ring competition. Shane wanted to book himself as the top guy in the match. He buried a lot of writers and superstars to get that spotlight. This did not sit well with the people backstage and it resulted in Vince McMahon letting go of Shane McMahon

For me personally, Triple H is the best choice to take over. He has proved himself with how he built the Black and Gold brand, NXT.

Who do you think will takeover WWE? Let us know.