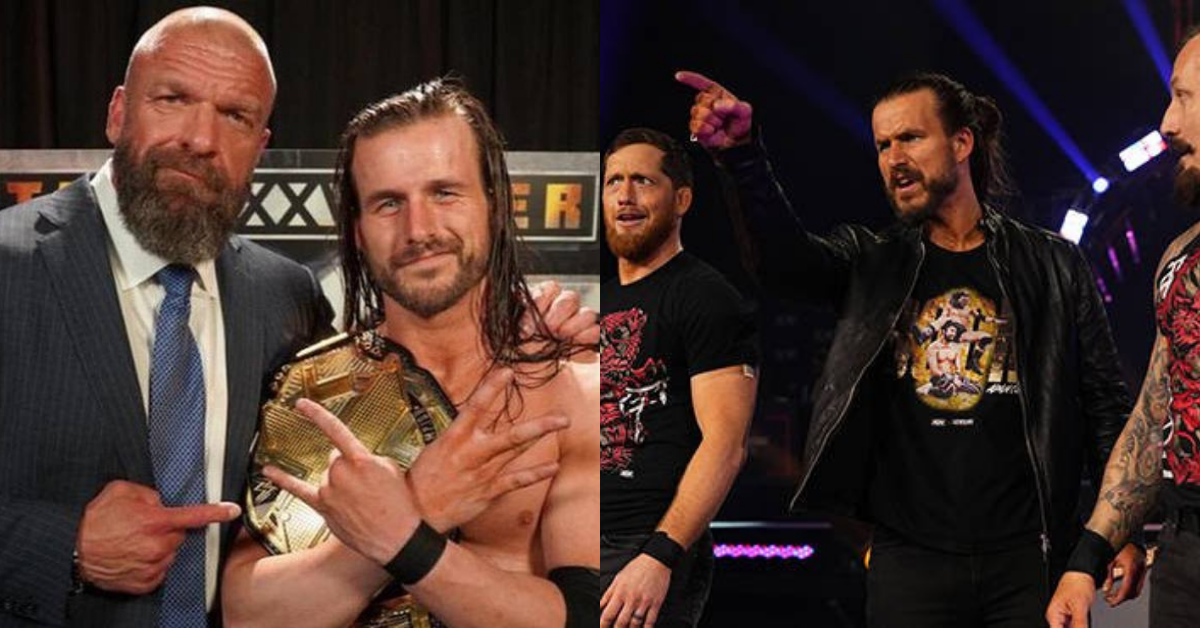 Triple H is one of the most significant figures in the pro-wrestling industry. Inside the ring, he was a 14x World Champion who retired sooner than he’d expected. Outside of it, he created the hottest wrestling brand that was technically still a “developmental”. NXT was an amalgam of WWE drama and indie work-rate, making it the perfect hybrid. But many of its pivotal stars are now in AEW; and the Hall of Famer has revealed just why.

When it started out in 2012, the biggest name on the NXT roster was probably former Ring of Honor World Champion Tyler Black; who goes by Seth Rollins these days. By the time 2018 came around the territory was packed with performers who had stellar independent records.

NXT became the home of big-name performers like Samoa Joe, Shinsuke Nakamura & Adam Cole; three men who have held World Championship gold and traveled the world as the biggest names in pro-wrestling.

It got to the point where people started calling NXT “the indies of WWE”, as the brand made its way onto television in 2019. But come 2021, many of the names that were on that 1st televised NXT show would no longer be with the company; instead, they’d end up with AEW.

Triple H went into detail on the subject of NXT stars leaving for the rival promotion for the first time since his health scare last year. The Game made it clear that he was grateful to them for their work, but ultimately, it was Vince McMahon‘s decision.

“They helped us get where we needed to get, and I’m thankful for it. The truth is there was a period of time where we were trying to build NXT. We built NXT. Then we were trying to build a brand that could get a television show and sustain it. All those names helped us get there. Whether anybody believed or not they fit on “Raw” or “SmackDown,” those aren’t necessarily my decisions solely, and they’re Vince’s decisions and fans’ decisions.” – [H/T – The Athletic]

It’s true that going to AEW might have been the best thing for these stars as well. Adam Cole, reDragon (Kyle O’Reilly & Bobby Fish), Malakai Black, Keith Lee, Andrade El Idolo: their All Elite careers have massively benefitted from the WWE rub. And for his part, Levesque isn’t miffed at it; in fact, he tries to stay in touch.

“If they have great gigs, I’m happy for them. I stay in touch with almost all of them. I like to think they came into us here, we taught them a lot, got them to (a higher level) where they learned how to do television, how to be professionals and all that to be successful there. At some point, they might come back with us, or they might never because they don’t fit our brand as well, but that’s OK.” – Triple H

Triple H was directly involved in the WWE careers of many of the people who have joined All Elite Wrestling since it was created. No one who has joined The Promised Land from Vince McMahon’s Global Juggernaut has a bad word to say about him; except, of course, CM Punk.