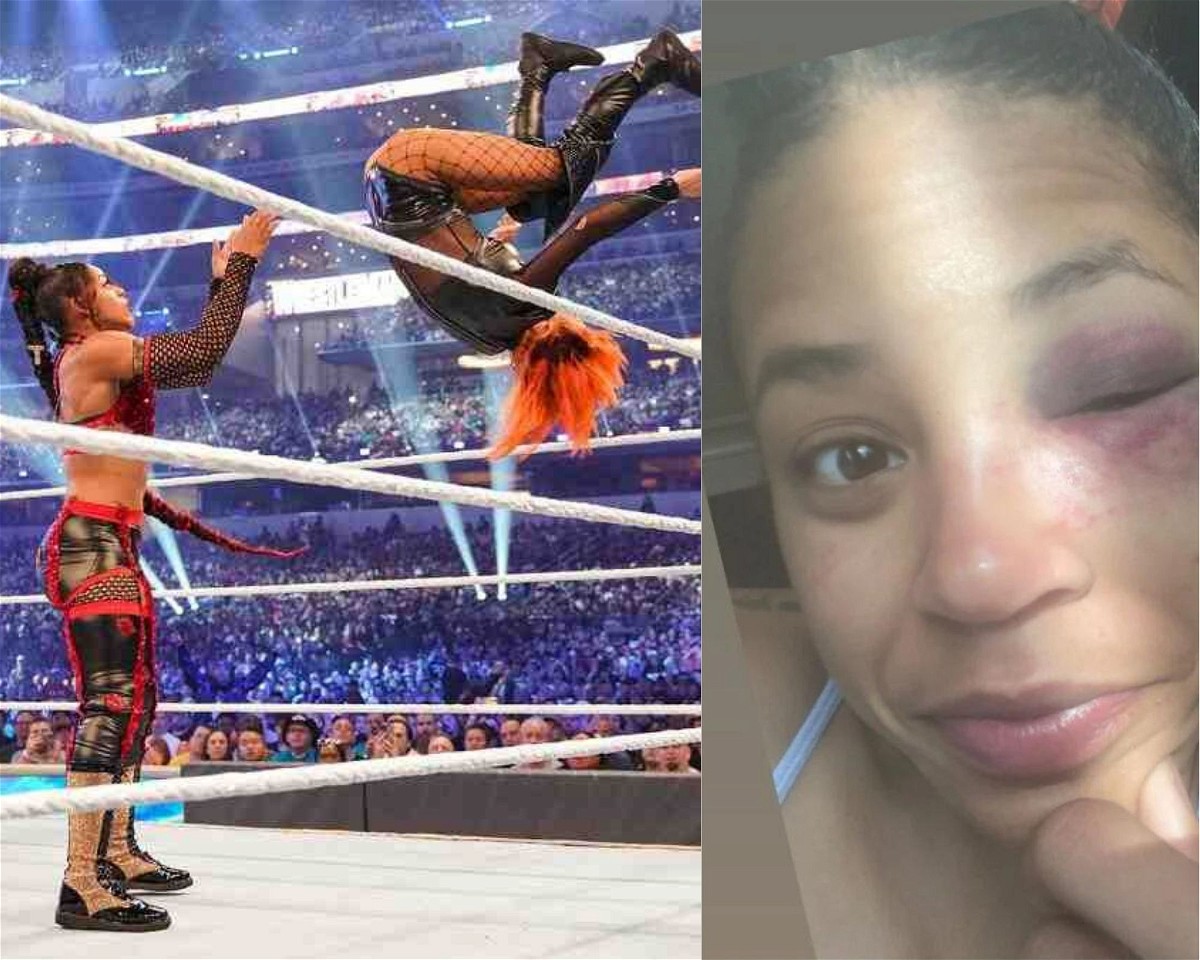 WrestleMania 38 may have seen Bianca Belair defeat Becky Lynch, but she still suffered some painful injuries. Fans were treated to some of the greatest matches at WrestleMania this year at the AT & T Stadium in Texas over two nights. Steve Austin defeated Kevin Owens, Roman Reigns defeated Brock Lesnar, and Charlotte Flair defended the SmackDown Women’s Championship against Ronda Rousey.

Lynch and Belair’s match was a memorable one. There were memorable entrances and jaw-dropping spots throughout the contest. The EST sustained a nasty injury after a botched Becky Lynch move from the top rope.

Details on the injury

Bianca Belair won her second ‘Mania title at WrestleMania 38 by defeating Becky Lynch and becoming the Raw Women’s Champion. The story between the two women began at last year’s SummerSlam and culminated with her win. Big Time Becks made a surprise return to WWE and defeated Belair in mere seconds for the SmackDown Women’s Championship. Bianca had suffered an eye injury at ‘Mania which which she later posted on Instagram.

Bianca Belair’s WrestleMania gear was inspired by a fan post on twitter back in 2020. However, winning both the Raw and SmackDown Women’s Championships at WrestleMania wasn’t without cost. Becky Lynch kicked Belair in the face when she missed a senton in the corner during their match. Bianca finished the match in the manner of a true champion despite the painful contact. She appeared for an WrestleMania 38 Exclusive backstage interview after winning the Women’s title. She explained her joy after winning the match and also acknowledged her injury.

Becky Lynch wanted to perform the Molly Go Round, a technique she had recently added to her arsenal. Becky spun in the air after making a mistake with her measurements, but instead of landing on either side of Bianca’s head and body, she smacked her in the eye with her foot, injuring her. But the match was well received by the crowd at the packed stadium. Bianca Belair became the first African-American woman to win both the Raw and Smackdown Women’s Championship in WWE.