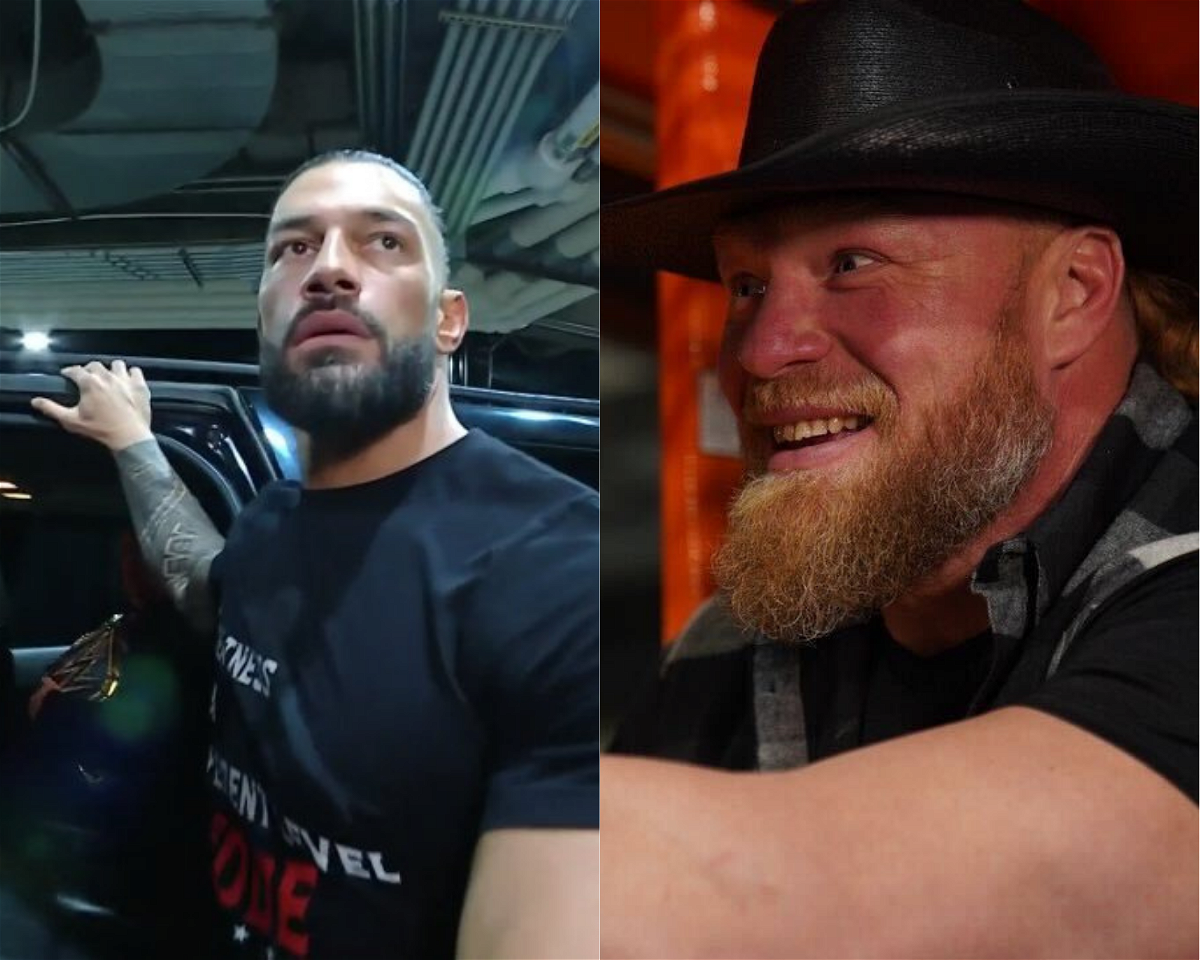 I’ve said it before, I’ll say it again; Cowboy Brock Lesnar is the gift that keeps on giving! Since returning in 2021, The Beast has easily been one of the highlights of WWE programming. His Road to WrestleMania 38 was pretty much decided at SummerSlam 2021, and Brock has been on a warpath ever since. On this week’s edition of Smackdown, he escalated things to Attitude Era-levels of car-crash TV; and I mean that literally.

On March 18, 2002, The Beast Incarnate made his WWE debut, interfering in a Hardcore Championship match and laying out everybody; and I mean everybody. WrestleMania X8- the last under the “WWF Attitude” banner- had just happened the night before.

He quickly became one of the heralds of a brand new era in Vince McMahon’s company. Alongside his fellow OVW graduates John Cena and Dave Bautista, The Next Big Thing brought Ruthless Aggression to Sports Entertainment and became the Undisputed WWE Champion within 126 days of making his debut.

He had racked up a string of notable victories by that point; and more than proven his ability to Sports Entertain a crowd. From Spike Dudley to Hulk Hogan, no one was safe from his wrath; and he brought back some of that same Ruthlessness on this week’s episode of Smackdown.

Brock Lesnar ran a forklift through The Bloodline’s SUV!

And then ripped a door off a goddamn pick-up truck. You’re gonna need context. The Tribal Chief enters the ring, makes the crowd Acknowledge Him and then goes off on his ‘Mania opponent. That’s when his Wise Man gets a message saying The Beast is not going to be at Smackdown last night due to “flight issues”.

Except, he was. He obviously was.

The Bloodline decided to make a break for it and leave the building, when The Beast showed up, forklift in-tow!

And then proceeded to rip a truck door clean off its hinges like he was picking berries on a Sunday.

.@BrockLesnar tore the door off that car like it was nothing! ???????? #SmackDown pic.twitter.com/cb81nNp4gD

He then proceeded to make what has to be the coolest entrance in Smackdown history; since the 2016 re-launch, anyway.

RIP OFF A TRUCK DOOR AND BRING IT WITH YOU!#TheBeast @BrockLesnar is here! #SmackDown pic.twitter.com/zVG2FJbA7s

Brock told Roman he’s “out for blood” at WrestleMania 38, which leads me to believe that the main event of Night 2 might have a No DQ-type stipulation attached to it.

This opening segment was peak Sports Entertainment, and everyone involved in the segment sold it as such; especially Brock Lesnar. He looks like he’s having the most-fun he’s had in a long time; and if that means we get more such Attitude Era-style segments on TV, I have no complaints with that. And hey; if he ends up winning that match as well, he will go on to set a new record in WWE; check out what it is, here.