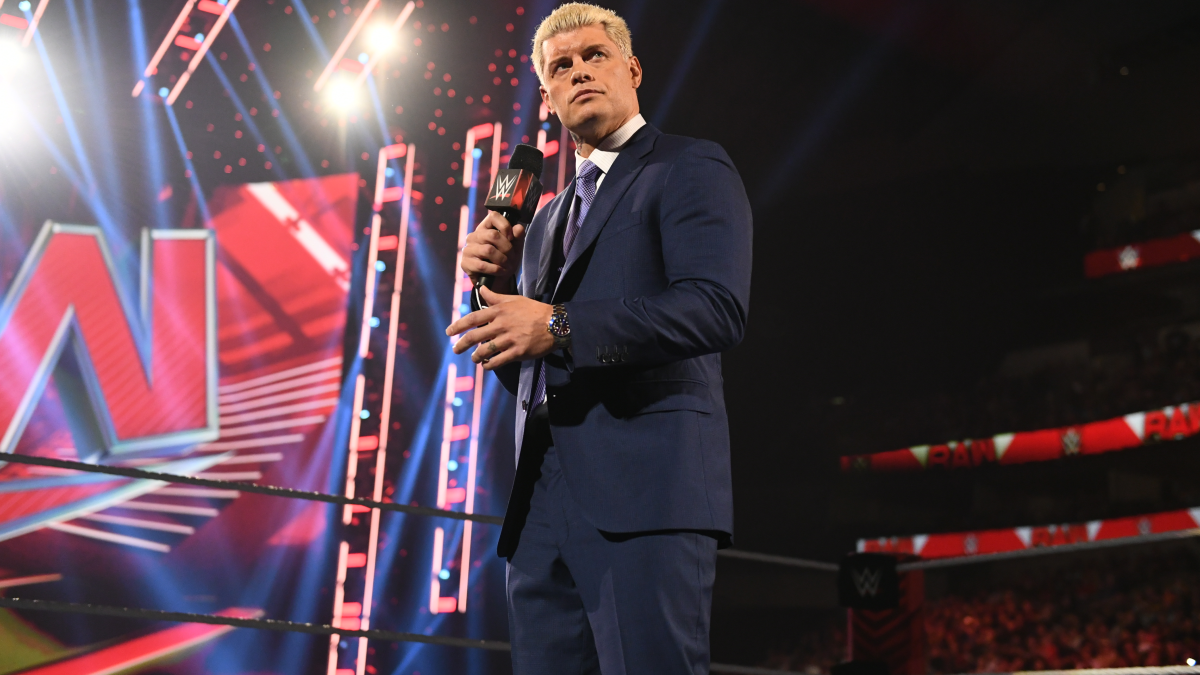 Cody Rhodes returned to WWE at WrestleMania 38 after a long hiatus. His return was the biggest topic of discussion in the wrestling world. The American Nightmare used some of WWE’s banned words in his recent promos on Monday Night RAW. He appeared in an interview on FOX’s Out of Character show, where he remarked about his attempt to learn the WWE terminologies.

#SethRollins wants #CodyRhodes to face a hand picked opponent of his on #WWERAW tonight!

Cody Rhodes appeared on the MIZ TV on Raw. The American Nightmare discussed his ambition of becoming the Undisputed Universal Champion during his promo when he had a few slip-ups. Fans noticed Rhodes used some words that are banned in WWE programming. He referred to the championship title as a “belt” and constantly used the word “wrestler”. The Chairman-CEO of WWE, Vince McMahon, himself, had banned these words.

The Miz was quick to dismiss Cody Rhodes. The A-Lister reminded Rhodes with austerity that the championship is called a “title” and even joked about a “belt” being a tool to hold up people’s pants. Vince McMahon despises the term “belt” and “wrestlers”. He has banned the usage of these words on television. Some other banned words are “DQ”, “strangle”, “house show” and “violence.”

Cody uses a ‘WWE term’ for the first time

Ryan Satin interviewed Cody Rhodes on the Out of Character podcast. He discussed his journey back to WWE, WrestleMania and more. He mentioned about The Undertaker’s Hall of Fame induction when he used the term “WWE Universe” for the first time since his return at ‘Mania. This is how Cody reacted after using the term.

Dave Meltzer of Wrestling Observer Newsletter believes WWE allowed Rhodes’ to deliver scripted promos to show the audience that he’s the guy who gets to say things that nobody else in the roster can. The American Nightmares had been away performing in other notable promotions for a long time. Most promotions have little restrictions, unlike WWE. It is only a matter of time before Cody Rhodes gets the hang of the WWE TV product.