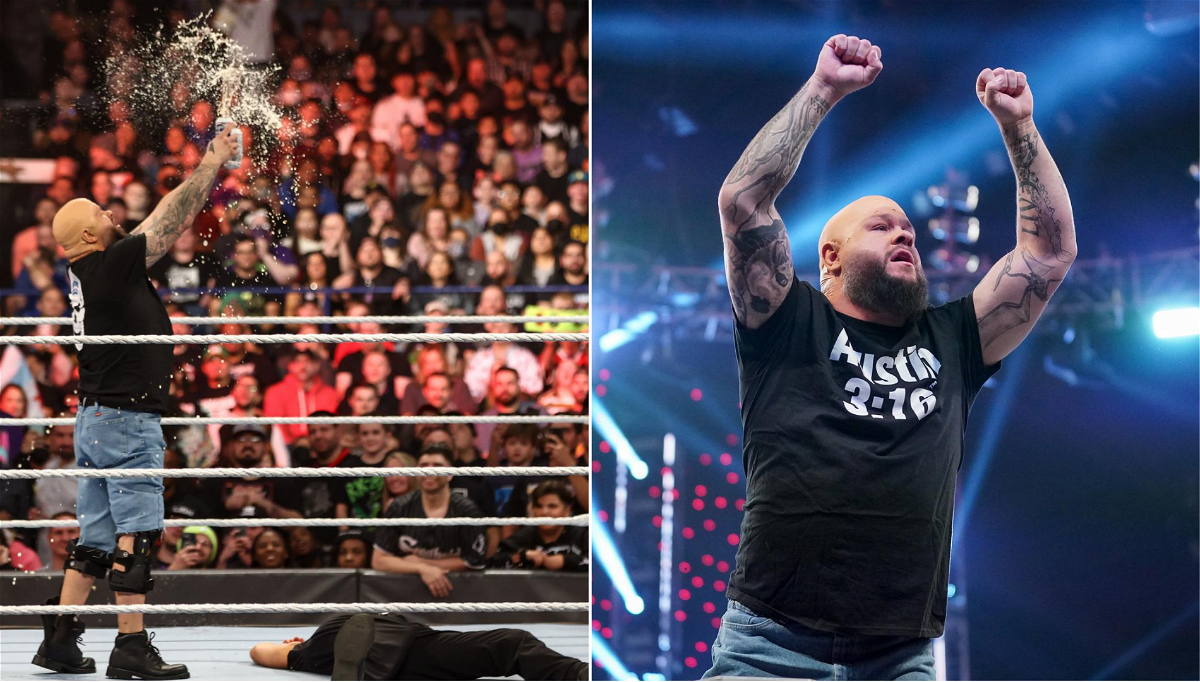 Thanks to Kevin Owens, the WWE Universe will be treated to Stone Cold Steve Austin’s return at WrestleMania 38. The Texas Rattle Snake is set to be the special guest on the KO Show hosted by Kevin Owens. With less than 2 weeks away from WrestleMania 38, we have not seen Stone Cold Steve Austin on Raw or SmackDown. That all changed last night on Monday Night Raw. Well, it sort of changed.

WWE Raw was held in Chicago last night. The night kicked off with the infamous “Glass – Shatter” and the crowd went crazy. It was one of the loudest pops of the night. Everyone was excited to see Stone Cold Steve Austin on Raw. But very soon those thunderous cheers turned into loud boos. It was not the Texas Rattle Snake but rather was a Canadian Chameleon. Kevin Owens trolled all of us by cosplaying as Stone Cold Steve Austin.

Owens did not just show up like Austin, but he even cut a promo like the Texas Rattle Snake. Owens mocked Austin and was saying how it was a dumb decision by Austin to accept the invitation from Kevin Owens to have a segment at WrestleMania. Just as he was making fun of Austin, the glass shattered again.

The fans were cheering again but, Kevin Owens trolled us yet again and thus we were fooled once again.

The host of the KO Show hit a stunner on one of the production crew members and yet again mocked Austin.

When Kevin Owens began to use the Stunner as his finisher, he had been wanting to face Stone Cold Steve Austin. It would have been awesome, “Stunner vs Stunner“. With Austin retired from pro-wrestling it all only felt like a dream, but now the dream is going to come true. He even had the “Stunner vs Stunner” printed on his T-shirt.

Almost a decade ago, the Miz trolled us big time, by imitating the Rock

Now it is Kevin Owens, impersonating one of the Rock’s greatest rivals. The bottom line is that both of these guys have to be the best trolls in all of sports entertainment.

I’m gonna tell my kids this was The Rock vs. Stone Cold. #WWERaw pic.twitter.com/GgYzINDeKz

Were you fooled by Kevin Owens? Are you excited about The KO Show?  Let us know.