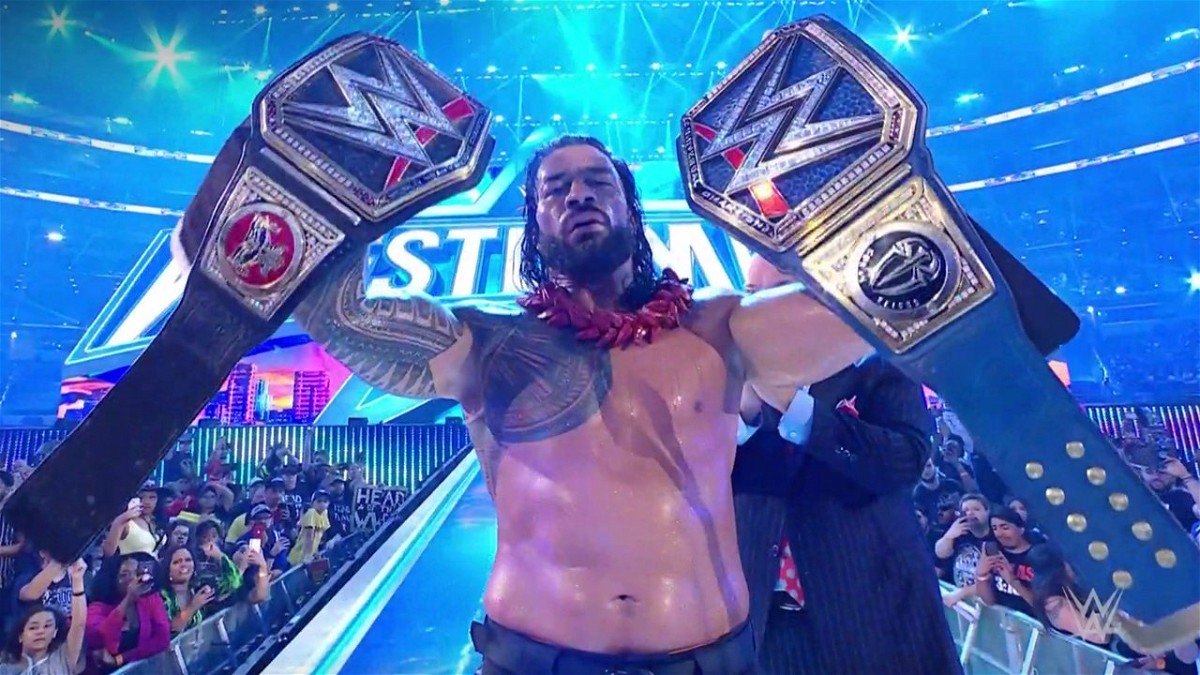 Roman Reigns became the Undisputed WWE Universal Champion after defeating Brock Lesnar at WrestleMania 38. Reigns was able to outlast Lesnar in a hard-hitting match at the AT&T Stadium in Arlington.

.@WWERomanReigns is set to join Randy Savage (WM 4 & 5 in Atlantic City), @HulkHogan (WMs 2 & 7 in Los Angeles), and @undertaker (WMs 24 & 33 in Orlando) as the only @WWE Superstars to main event multiple #WrestleMania PPVs in the same city/venue.

Roman Reigns appeared in his 6th WrestleMania Main Event at WrestleMania 38 in Dallas, Texas. He is the longest reigning WWE Universal Champion and is in his current reign at a total of 582 days and running. He won the first ever title unification match at this year’s ‘Mania.

Roman Reigns made an appearance at the latest episode of Monday Night Raw. He came out to celebrate after being crowned as the undisputed WWE and Universal Champion. The Tribal Chief was accompanied by The Usos and Paul Heyman. Reigns talked about how the Bloodline became box office hits for the WWE. He claimed that WWE was offered billion dollar deals and more because of him being at the top as the Champion.

Reigns assured that he would not rest on his accomplishments and that he would appear on SmackDown to reveal their next steps. It will be interesting to see what is next for the Head of the Table.