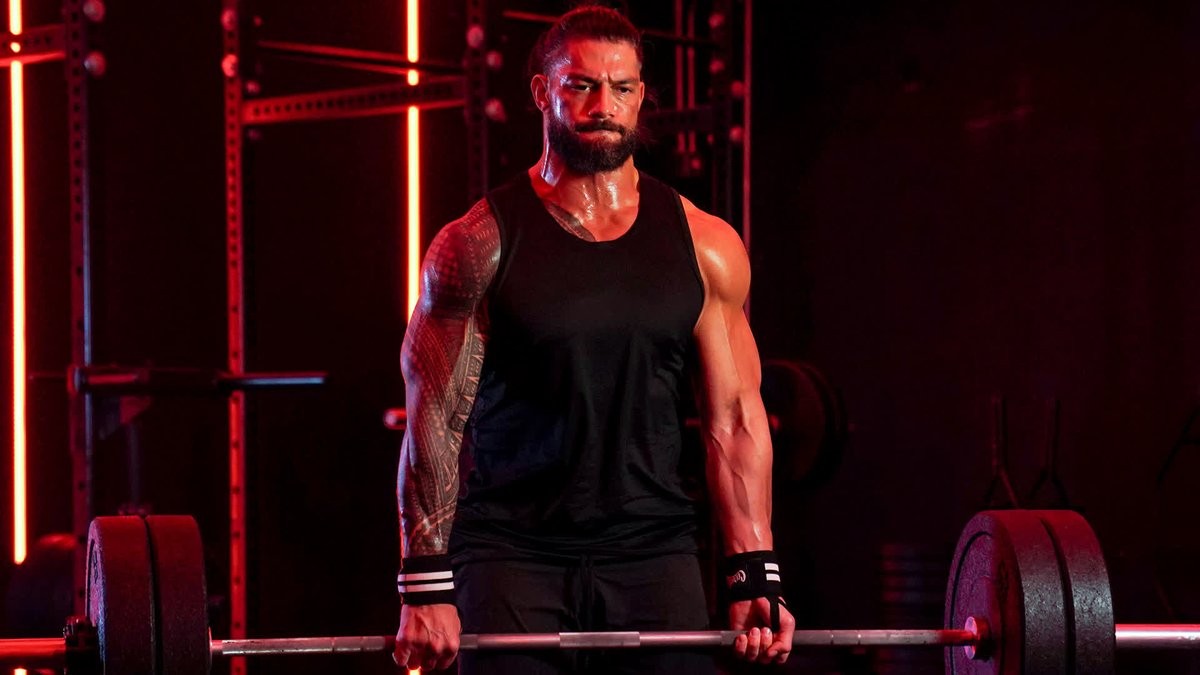 It’s no secret that Roman Reigns is on the run of his life right now. The Tribal Chief has been ruling Smackdown with an iron fist since he won the Universal Championship at Payback 2020. His 567-day reign as Universal Champion is the longest title run in 34 years; and he’s more than prepared for the Biggest Main Event in WrestleMania History come April 3rd.

Roman Reigns has transformed himself since returning at SummerSlam 2020

And I’m not just talking about his character. The Head of the Table looks like the God he’s been saying he is these days. The Big Dog was an impressive athlete; agile, powerful, but rather bulky and always donning an army vest that never really fit his image.

The Tribal Chief is all that and more; leaner, more explosive, with a much more defined physique than he has ever had in his career. Reigns looks every inch the megastar he is, and it wasn’t all down to taking time off.

Roman Reigns explains his workout; and sends a message to Brock Lesnar

For the Tribal Chief, it’s all about power and explosiveness in the gym. Roman Reigns broke down his WrestleMania Work Out in an exclusive video posted to WWE’s Twitter and YouTube accounts.

Dumbbells, barbells, and a weight chain a-la Vince McMahon; these are the tools Reigns has used to get into the best shape we’ve ever seen him in. After explaining what God Mode is to his humble followers, the Tribal Chief sent a message to his WrestleMania opponent.

Roman Reigns is a premier athlete and has locked up with Brock Lesnar at least on 6 separate occasions. He’s learnt everything there is to learn about The Beast Incarnate, as he showed at Crown Jewel 2021.

The Tribal Chief acknowledged the fact that after WrestleMania 38, Brock Lesnar’s name was going to be in the record books forever; but as a supporting act to his own greatness. Calling The Beast’s aspirations for the Biggest Main Even in WrestleMania history part of his “hillbilly farm boy mindset”, Roman Reigns warned Lesnar that on April 3rd, he would ascend to a level beyond the one he’s currently operating at.

Living on another plane of existence. #GodMode #WrestleMania https://t.co/kH6nwOjHG4

And to be completely honest with you, we side with Roman on this one; just like The Undertaker did. Click here to find out more on that.