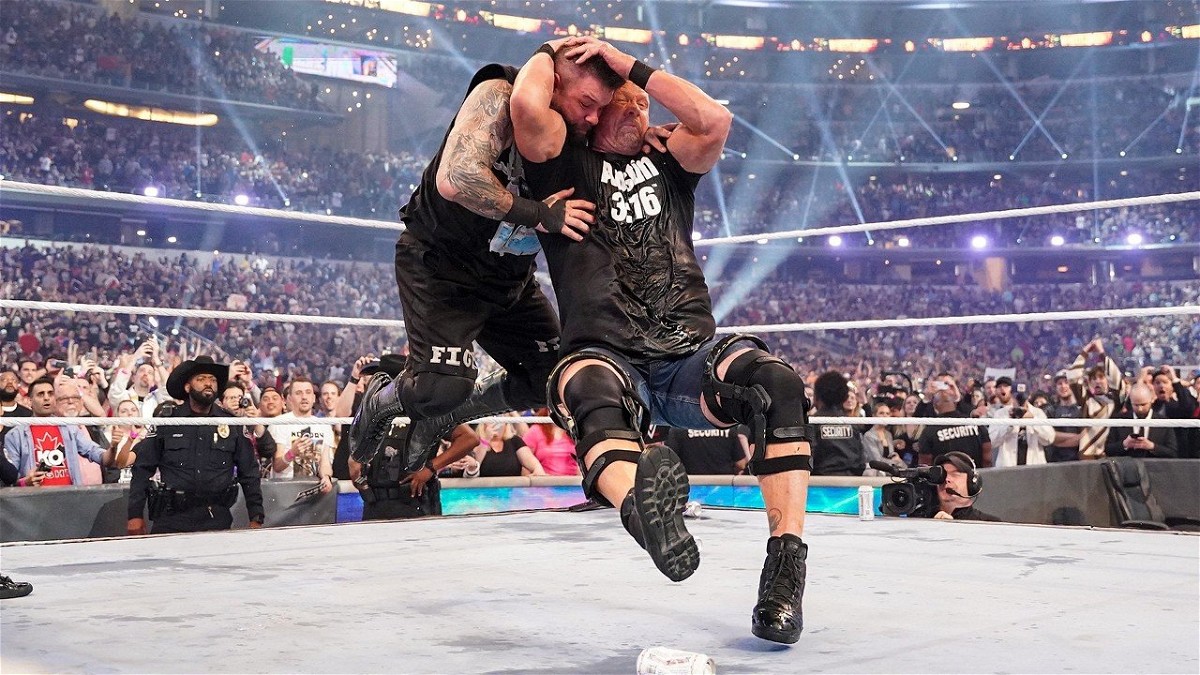 “Stone Cold” Steve Austin just created yet another historic WrestleMania Moment. His return match with Kevin Owens was one of the biggest things that happened at Night 1 (click here to view the others). And now, he’s topped that moment by doing what he does best; raising hell against Vince McMahon!

At WrestleMania XIX, Steve Austin bid farewell to the world of Sports Entertainment after a fantastic main event match with The Rock.

Fans have been clamoring for One More Round ever since, and Austin held off on giving it to them for 19; until last night. Stone Cold defeated Kevin Owens in an admittedly-fun No Holds Barred Match, that saw Austin break out the greatest hits. And speaking of greatest hits, he re-hashed his best work at Night 2 of WrestleMania 38, where he delivered yet another stunner to good ol’ Vinnie Mack!

After what was a sensational match between Pat McAfee & Austin Theory which saw the latter lose, Mr. McMahon took matters into his own hands. The Chairman of the WWE fulfilled rumors about him having a WrestleMania match by having one with McAfee!

It was an obvious set-up meant to get his protégé moreover as a heel, and it was working; until the glass shattered!

“Stone Cold” Steve Austin sauntered down the ring and teased brawling with Vince, but he shared a beer with him instead. McMahon let his guard down long enough for the Rattlesnake to strike, who also went after Theory after Vince. By the way, Austin Theory has the best Stunner sell in pro wrestling. You heard it here first.

Austin then invited Pat McAfee into the ring and shared a couple of beers with him, before sending him packing as well.

It was a great feel-good moment that had the AT&T Stadium on its feet. It just goes to show how big of a name “Stone Cold” Steve Austin is, 20 years removed from his best days. WrestleMania 38 Night 2 became even more special thanks to his involvement.