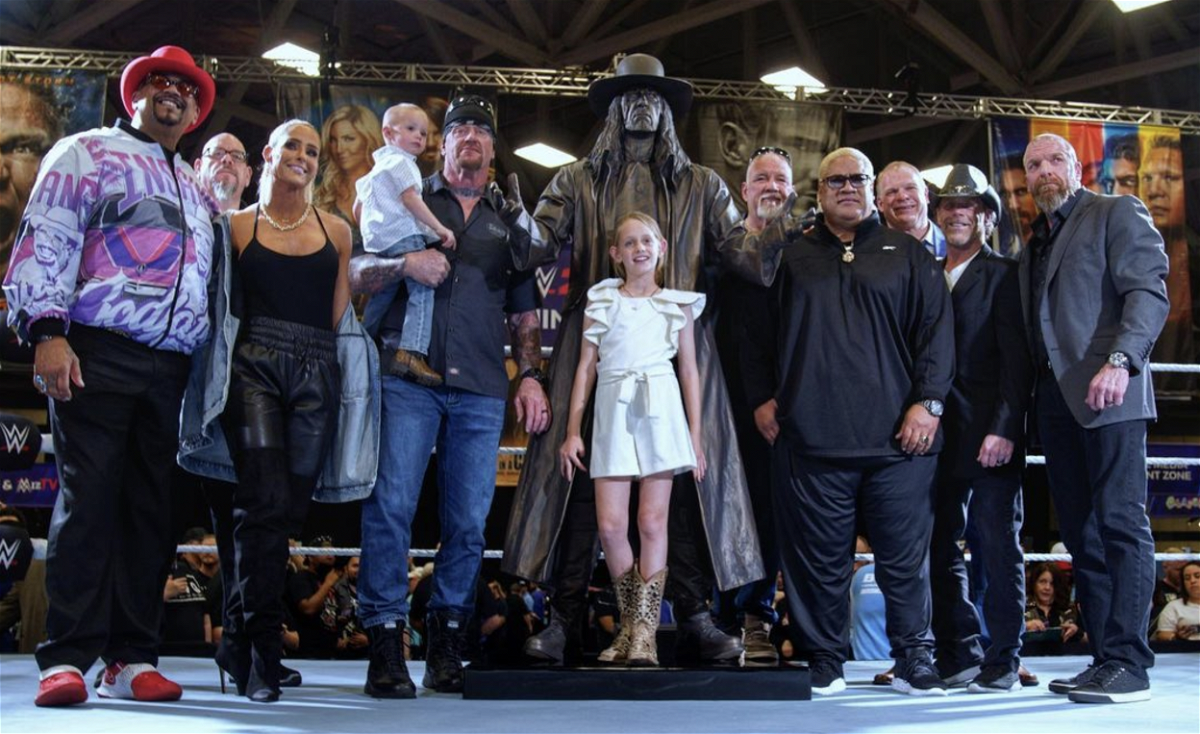 The Undertaker will be inducted into the 2022 WWE Hall of Fame. WWE has made it a tradition to pay homage to legends by making life-size statues of them. This year The Undertaker joins the elite club. WWE COO and Hall of Famer, Triple H always gets the privilege of revealing these statues to the legends. Triple H got the honour to do so yet again.

The first statue made was of the late Great, Andre The Giant. It was such a historic moment that will forever be etched in history. The statue was revealed ahead of WrestleMania 29. It was revealed 2 nights before the grand event.

It was a marvellous creation and several artists put a lot of hard work into creating this masterpiece.

Following Andre, Bruno Sanmartino was honoured with the next statue.

Since WrestleMania 29, year after year, WWE paid tribute to a legend by making a life-size statue of them. One of the proudest reveals for Triple H was the statue of his best friend, The Nature Boy, Ric Flair.

Following Ric Flair, Roddy Piper, Dusty Rhodes and other legends were honoured as well. The only active WWE Superstar to receive a statue was none other than Seth Rollins. While in cahoots with the authority, Triple H and Stephanie McMahon gifted Rollins with a statue of his own.

But that statue was destroyed in a couple of weeks by WWE Hall of Famer, Sting.

Last night at WrestleMania access, the Undertaker’s statue was revealed. The Phenom was emotional upon seeing the statue and thanked his fans,  friends and family for all the love and support he has received for over 30 years.

This was such an iconic moment in his career. The Undertaker’s legacy has been forever immortalised.

This Friday, following SmackDown, The Phenom, The Undertaker will be inducted into the WWE Hall of Fame, Class of 2022. He will be inducted by the Chairman of the Board, Vince McMahon himself.

On behalf of SportsManor, I would like to thank The Undertaker for giving us a ton of memorable moments to cherish for a lifetime.

What was your most memorable moment of The Undertaker’s? Let us know.