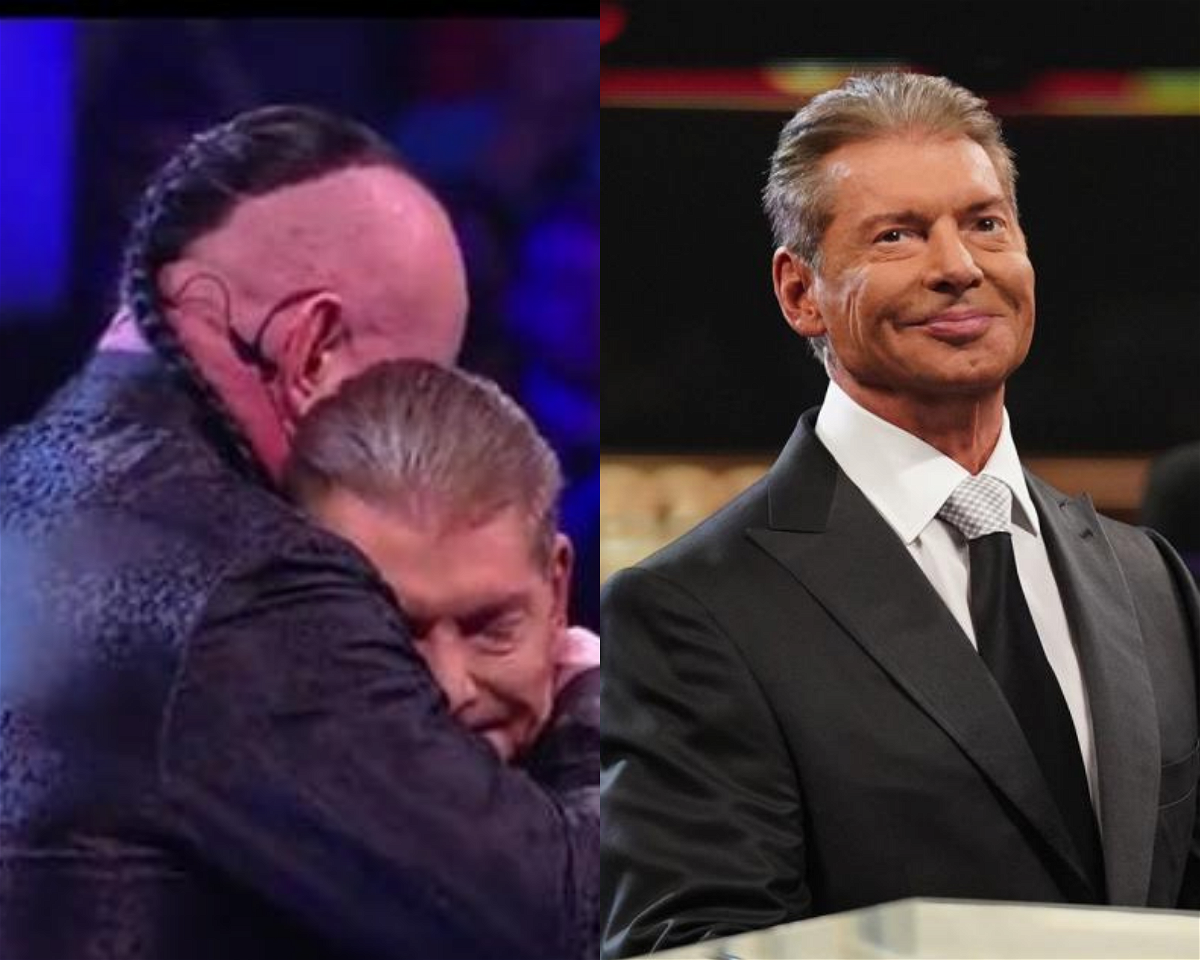 The Undertaker has finally been inducted to the WWE Hall of Fame. The Deadman has had arguably the best career in WWE, and was headlined what was a rather emotional ceremony. In fact, so charged was the atmosphere that even Vince McMahon couldn’t help but well up for his longest-tenured Superstar.

This is a REALLY special moment.

Vince McMahon hates being mentioned at the #WWEHOF.

Insists on that rule. pic.twitter.com/pSOhULMdI8

The Undertaker is, in many ways, the Face of WWE

Ever since he debuted at Survivor Series 1990, everyone knew that Mark Calaway’s character was going to be something special. For 3 decades, The Phenom has mesmerized audiences the world over; whether it was with his hypnotic words, his unsettling actions outside of the ring, or the stellar performances he put on inside of it.

Whichever way you look at it, there would be no WWE without The Undertaker. And that is a fact that Vince McMahon is keenly aware of.

Only 3 people have ever been inducted to the WWE Hall of Fame by Vince McMahon. “Stone Cold” Steve Austin is one of those people. And now, so is The Undertaker.

The Chairman of the WWE kicked off his induction speech by calling the ceremony his “favorite night of the year”. He said that there is no one more deserving of this honor than The Deadman; which the crowd whole-heartedly agreed with. He then read a laundry list of The Phenom’s accomplishments, before addressing his importance to the WWE.

Vince went on to say that WCW knew never to call The Undertaker because they knew he’d “never pick up”, and called him the most-revered superstar in WWE history.

The Undertaker and Vince McMahon embrace in an emotional Hall of Fame induction for the WWE legend ❤️ pic.twitter.com/bVHVHKhu73

It was the most emotional we’ve seen Mr. McMahon get in a very long time. A live mic picked up The Deadman telling Vince he loved him after he’d made his entrance for his speech.

Undertaker saying “I love you” to Vince McMahon as he accepts his place in the 2022 #WWEHOF pic.twitter.com/ziFqbSWPBS

The Undertaker then gave what is possibly the best speech in WWE Hall of Fame History. Words won’t do justice to what The Deadman said last night, so you can check it out below yourself.