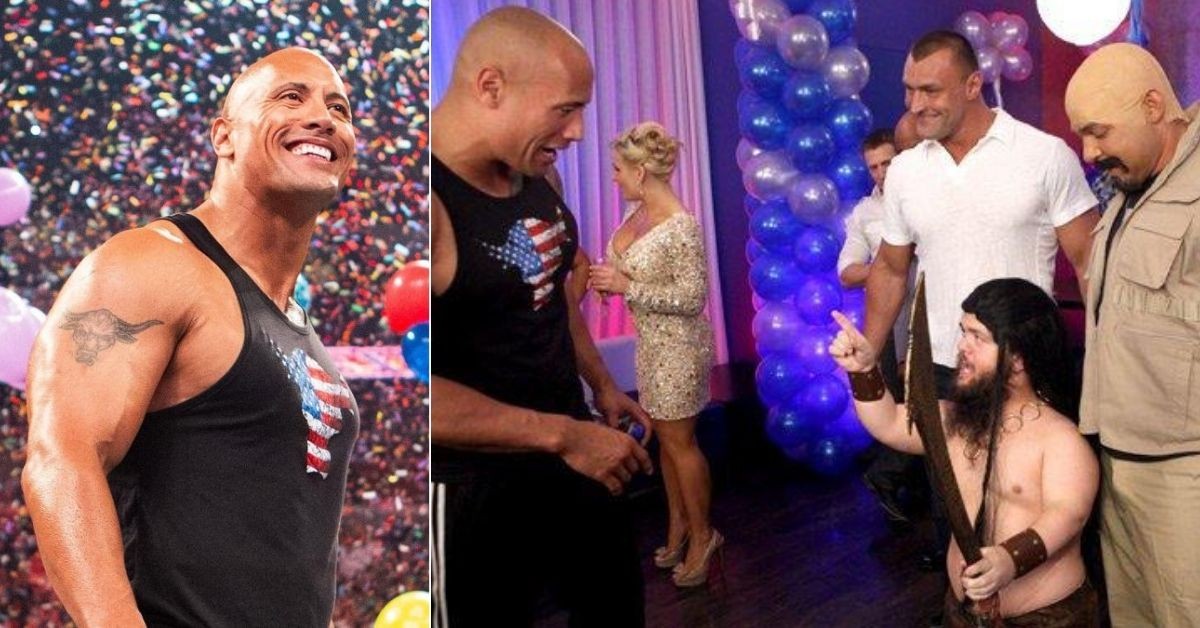 WWE Legend and Hollywood megastar The Rock turned 50 this year. The wrestler-turned-actor has become the highest-paid actor after featuring in huge movies, such as the Fast Saga, Jumanji, Rampage, and many more.

Let’s take a look back at the time when WWE celebrated his birthday on Monday Night RAW.

The Rock has a Birthday Bash on RAW

The 2nd May 2011 episode of Monday Night RAW was dedicated to The Rock for his 39th birthday celebration. The show featured only four matches during its entirety. The Rock kicked off RAW with a promo segment to hype his Birthday Bash.

The Rock encouraged the WWE Universe to celebrate his 39th Birthday in style. WWE aired a video montage of more than a dozen sporting superstars and Hollywood celebrities, such as LeBron James and Samuel L. Jackson, wishing The Rock on the auspicious occasion. Pop-star Pitbull and the Miami Heat dance crew joined him backstage with other WWE superstars.

Vince McMahon also delivered a heartfelt message to  The Great One for his unmeasurable work during his time as a WWE Superstar. He followed that with a second video montage appreciating the life and career of The Rock. It was one of the few WWE shows devoted to a particular wrestler.

Will The Rock return to WWE?

The Rock hasn’t wrestled in WWE since WrestleMania 32, when he defeated Eric Rowan in a record 6 seconds. But it wasn’t a proper match to say the least. The Rock has a busy schedule due to his commitments in Hollywood. But there have been rumors of his return in the future. WWE has teased a match between him and his cousin, the Undisputed WWE Universal Champion, Roman Reigns, on a couple of occasions.

Proud of my cousin @WWERomanReigns’ performance. Even more proud of his perseverance & strength as he takes one day at a time to recover from leukemia.
Good to be with him in the islands during this time. #HobbsAndShaw https://t.co/Cj3XITCBF8

The Great One has been one of the most influential performers in the history of the wrestling industry. The Rock might return to WWE (probably as a part-timer) to have one last match with Roman Reigns will be the best storyline to sign off with his electrifying WWE career. Drop your thoughts in the comments below.