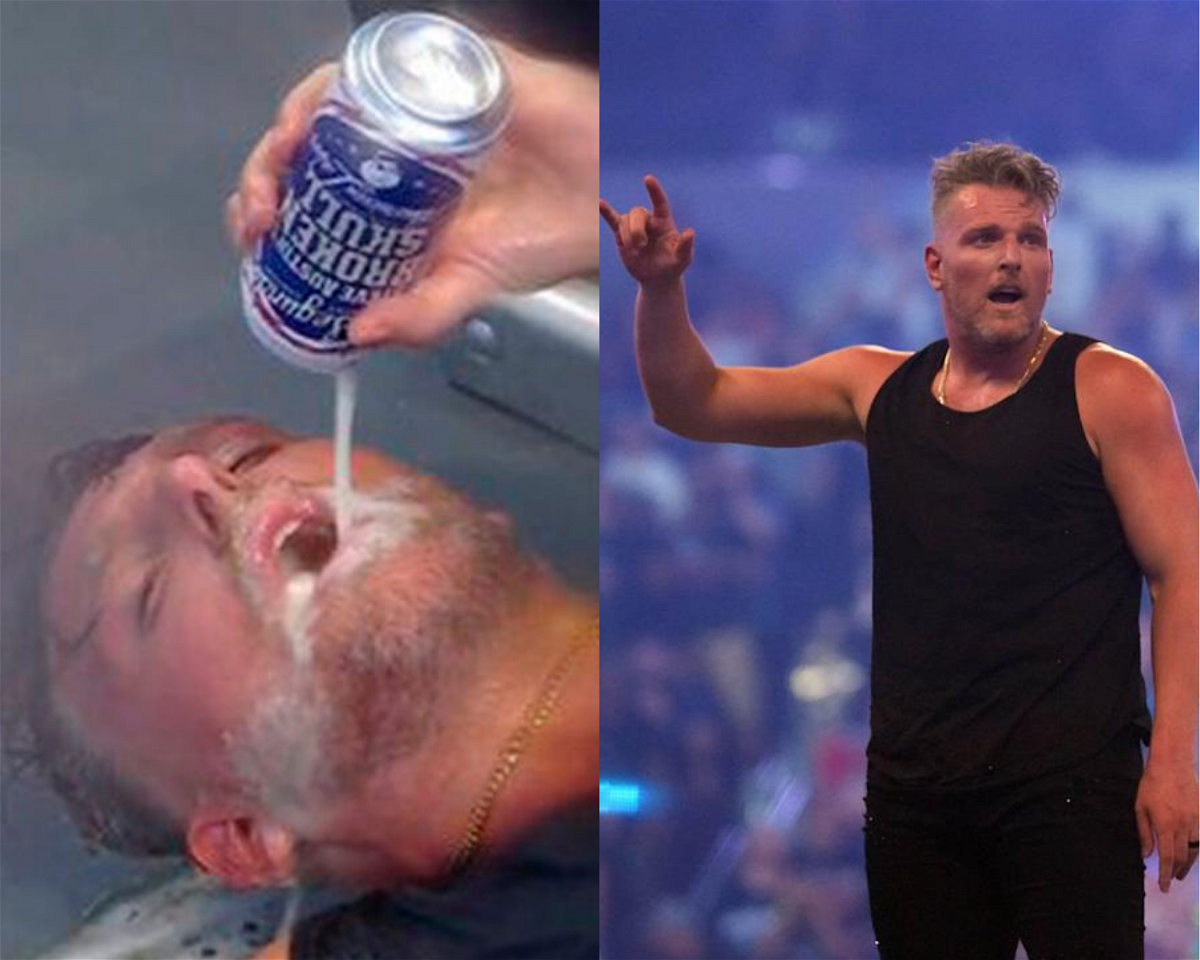 Pat McAfee just wrestled his first WrestleMania match, and it was so good that AT&T Stadium lost its roof. The former NFL punter has been a lifelong fan of the WWE, and he got to live his dream at WrestleMania 38 Night 2. In a segment that featured some of the biggest names in WWE history, McAfee was all the crowd could think about; and it was surreal to watch.

The spectacular @PatMcAfeeShow‘s athleticism was on full display at #WrestleMania! pic.twitter.com/SlkgiGP3PF

To be fair to Pat, this isn’t his first rodeo. McAfee has been affiliated with WWE for a few years now, having worked as a broadcaster in NXT. The Black and Gold brand was also where he made his in-ring debut, having an excellent match with AEW Superstar Adam Cole.

He’d go on to form a loose faction of his own that took on The Undisputed Era at NXT WarGames 2020; where he stole the show, yet again. Curiously, Pat was pulled from WWE programming for a while after that match. The reason became clearer when he debuted as a color commentator for SmackDown in 2021. He’s been itching to have his own moment at WrestleMania 38 ever since, and last night he got that; and then some.

We knew his match with Austin Theory was going to be special when Vince McMahon came down for it. And then the AT&T Stadium lost its absolute mind for Pat. First, he was led to the ring by the Dallas Cowboys Cheerleaders.

Then, he proceeded to have an amazing match with Austin Theory which the Dallas crowd ate up like scrambled eggs on a cold, winter morning. After hitting Theory with a massive suplex and bashing his head into the announce table, Pat started commentating on his own match as the crowd went mental!

His superplex drew a massive pop from the crowd as well.

And after winning the match, he went on to tussle with the Chairman of the WWE himself!

McAfee lost the match, was beaten down by Austin Theory, and then saved by none other than “Stone Cold” Steve Austin! After The Rattlesnake dispatched of his oldest nemesis and his newest protégé with probably the worst Stunner of his career, Austin celebrated with Pat McAfee in the middle of the ring. And then stunned him as well, for good measure!

This GIF of Pat McAfee drinking beer while passed out is probably the best WrestleMania moment of the entire weekend; and Night 1 had some real bangers. Opinions on that statement might differ, but one thing is clear after WrestleMania 38 Night 2; the WWE Universe absolutely loves Pat McAfee, and gave him the moment of a lifetime last night.