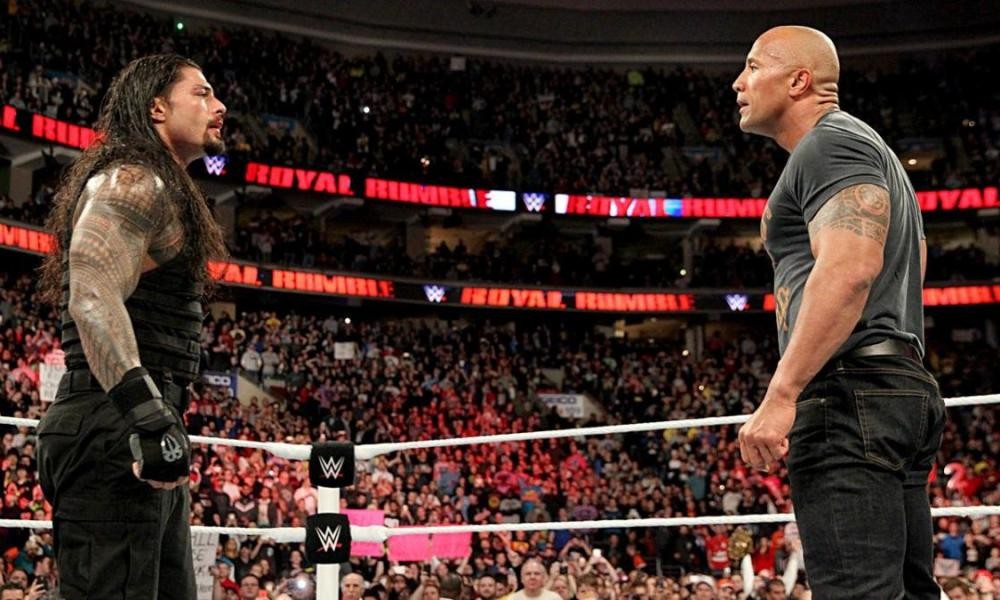 Dwayne “the Rock” Johnson is the greatest entertainer the world of pro wrestling has ever seen. His relationship with Roman Reigns (real name Joe Anoa’i) is well known to WWE fans. But we wonder if they are related to each other since wrestling does not always tell us the true nature of their relationship.

Proud of my cousin @WWERomanReigns’ performance. Even more proud of his perseverance & strength as he takes one day at a time to recover from leukemia.
Good to be with him in the islands during this time. #HobbsAndShaw https://t.co/Cj3XITCBF8

The Rock’s history with Roman Reigns

The Rock and Roman Reigns come from Samoan wrestling families. Rocks’ family (Maivia) and Reigns’ family (Anoa’i) share a lineage and are blood relatives. Many Superstars have come from their wrestling dynasty, namely, Rikishi, Yokozuna, Umaga, The Wild Samoans, Nia Jax and The Usos just to name a few.

The Rock is the son of WWE legend Rocky Johnson who wrestled briefly in WWE and Reigns is the son of one half of the Wild Samoans, Sika Anoa’i. Both the Rock and Reigns are real-life cousins and have experienced the same amount of Success in the WWE.

Has the Rock competed in a match against his cousin?

The Rock and Roman Reigns are two of the greatest generational superstars. The Rock’s career was mostly prominent during the 90’s while Reigns career in the WWE has been active since the 2010’s. Both superstars haven’t faced off with each other yet. The Rock has been inactive in wrestling since making it big in Hollywood.

A lot of rumours are circulating around the Internet regarding Roman Reigns facing the Rock at WrestleMania 39. But as of now, there are no confirmation for any kind of match between the two future hall of famers.

Are Charlotte Flair and Andrade Married? – All You Need to Know