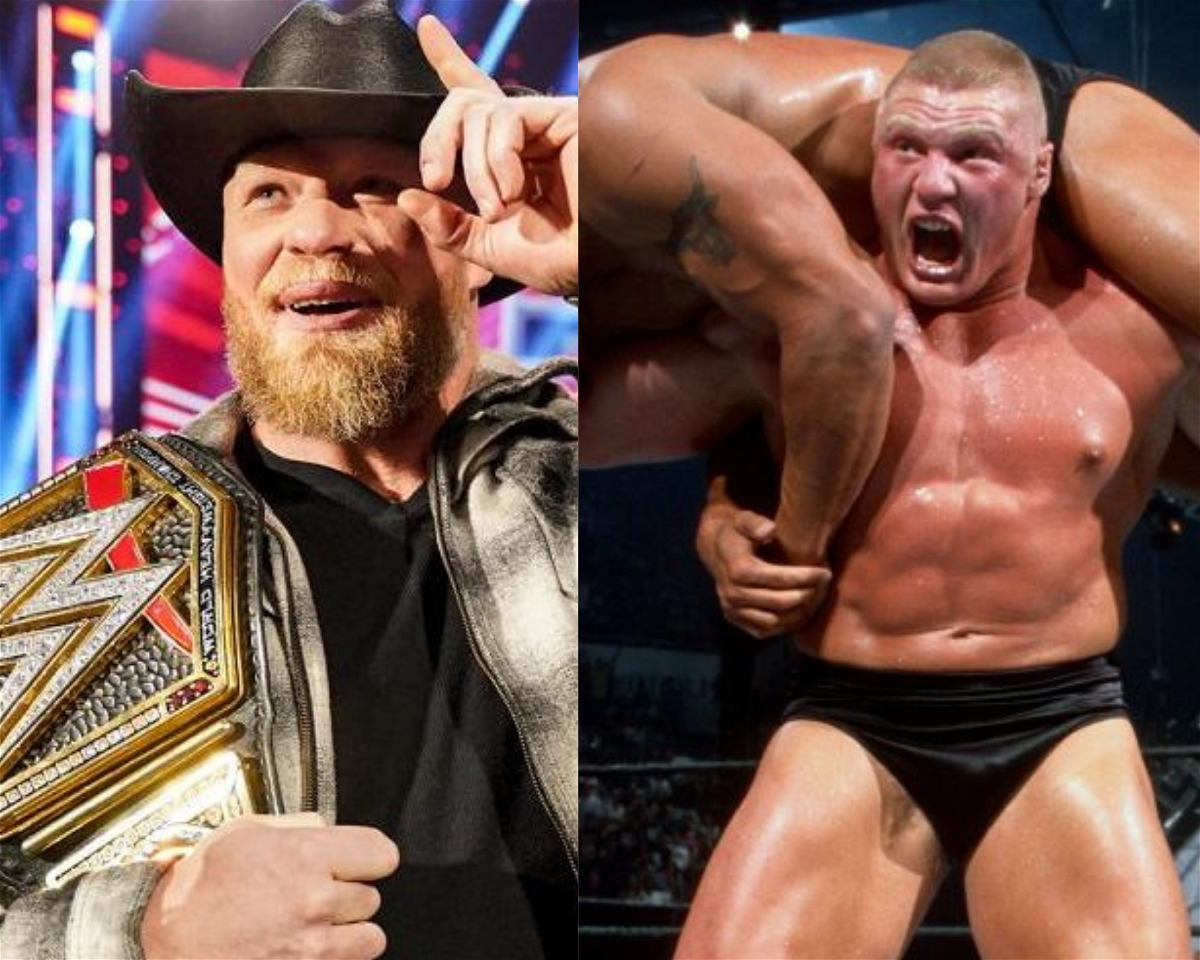 The Beast Incarnate. The Undisputed, Heavyweight Champion of the World. And most recently, WWE’s Baddest Cowboy. Brock Lesnar has had many iconic nicknames in his illustrious career, but what was his first? And how did he get it? We’re here to tell you all about it.

“WELCOME TO MONDAY NIGHT RAW!”
The most intense introduction of all time? ????#WrestleMania #WWERaw @BrockLesnar pic.twitter.com/SbdN2lW9JX

Brock Lesnar made his first big WWE return in 2012

Brock Lesnar had been around for a long time, but the Beast Incarnate was born after his shocking return to WWE in 2012.

This was huge because Brock left the company on bad terms, and his return instantly made him WWE’s biggest draw. During this first “return” to WWE, Lesnar ran through everyone.

He squashed John Cena at SummerSlam and even broke The Streak; the one thing that defines The Undertaker’s legendary career (re-visit that moment by clicking here).

Witness the 38 greatest #WrestleMania moments of all time!

But before he was conquering Roman Reigns at every turn of the way, Lesnar himself used to be WWE’s blue-chip prospect. And that was reflected in his first nickname.

Brock Lesnar was called The Next Big Thing in WWE

Heyman had followed Brock’s career in amateur wrestling very closely and knew he was The Next Big Thing for WWE but you couldn’t convince Vince of it. Regardless, the moniker worked out like a dream. Brock Lesnar was, indeed, The Next Big Thing in WWE.

Within 126 days, Lesnar ran through the biggest names in the company, from Hulk Hogan to The Rock and won the WWE Championship for the first time in his career. He also became the youngest World Champion in WWE history; a record he holds till date.

Though it doesn’t seem right to call him The Next Big Thing now, given that he is quite literally WWE’s top-paid superstar, Brock Lesnar did live up to that nickname. He changed Vince McMahon’s opinion of himself through his actions, and that is why he is where he is today. Though to be honest with you, Cowboy Brock is our personal favorite Lesnar nickname of all-time. That’s just our opinion.