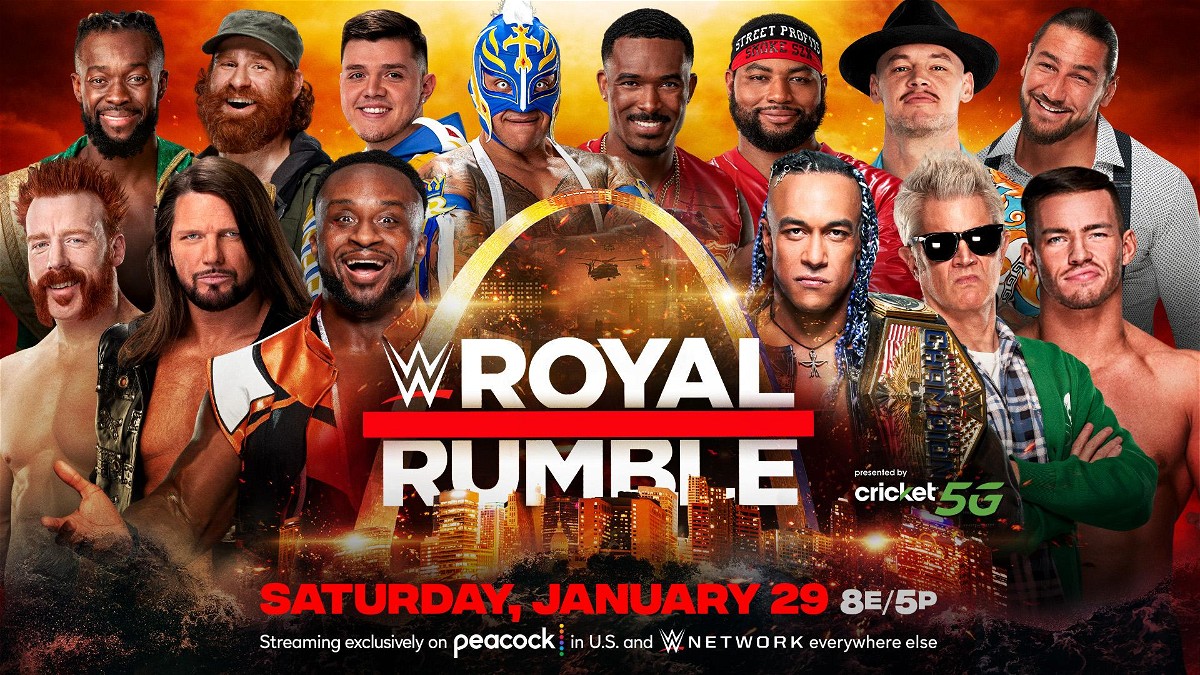 WWE Royal Rumble 2022 is just around the corner. The hype surrounding the first Big 4 pay-per-view is immense. ‘Forbidden Door’ Entrants, returning legends and top stars, a stacked card, this year’s marquee show promise to be the biggest ever yet. This will also be the first Rumble after the pandemic to be held in front of the WWE Universe. Last year’s Rumble was held behind closed doors.

So, without further ado, let’s break down the event details.

When is the Royal Rumble?

The Rumble is scheduled for 30th January 2022 (Sunday), which is Saturday night in the US. This is WWE’s second pay-per-view of the year and will officially kickstart the WrestleMania season.

Royal Rumble times in India, UK, US, and Canada:

The show is expected to run for 3 hours.

Where can you watch the Royal Rumble?

The following broadcasters/networks will stream the pay-per-view in their respective countries:

It’s ALL about the numbers in the #RoyalRumble Match! pic.twitter.com/rT5igoYgIA

There are plenty of exciting matches on the show plus the men’s and women’s Rumble matches.

30 Women’s Royal Rumble Match: The winner gets a title shot of her choosing at WrestleMania 38.

30 Men’s Royal Rumble Match: The winner gets a title shot of his choosing at WrestleMania 38.

Edge and Beth Phoenix vs The Miz and Maryse: Mixed Tag Team Match.

Who has been announced for the Royal Rumble matches?

Are you as excited for WWE Royal Rumble 2022?