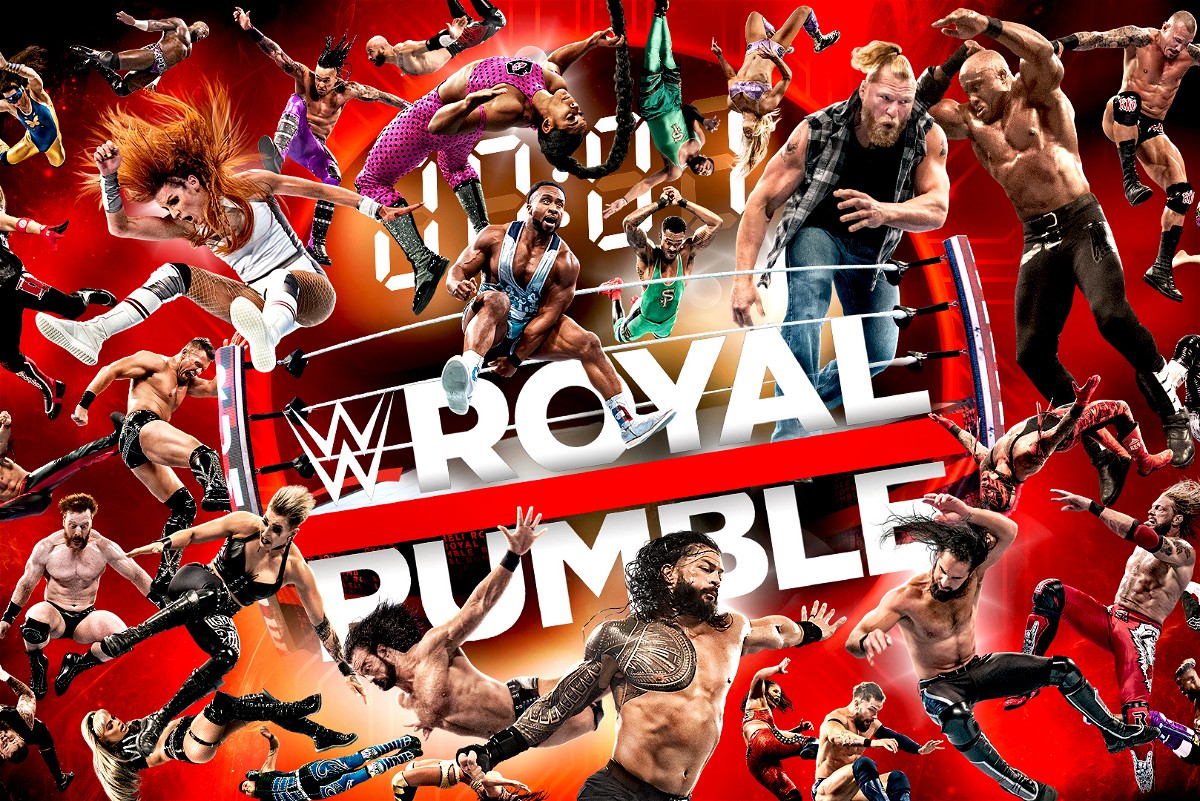 The road to WrestleMania begins this Saturday at the Royal Rumble event. It is one of WWE’s big 4 shows and certainly the favorite among the fans. Whenever it is Rumble season, excitement is in the air. Who will be making a return? Will we see some shocking returns? Who will main event WrestleMania? All those questions raise the bar for a certain thrill.  We at Sportsmanor are highly excited for the Rumble. With that being said, let’s predict what might happen during the event.

The GRIT Couple vs The IT Couple 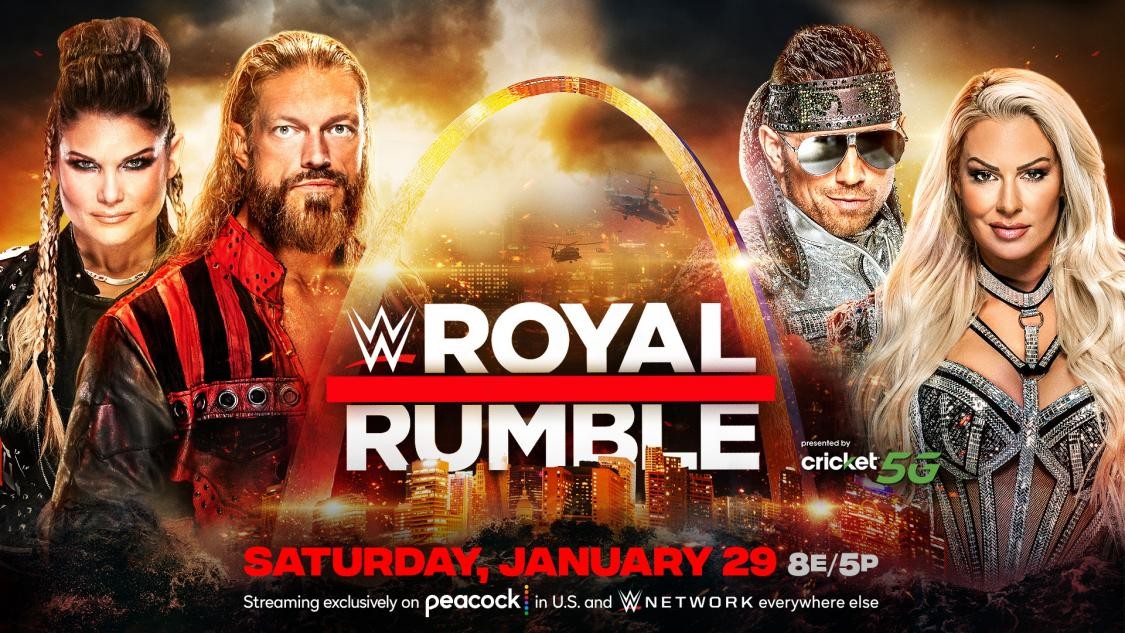 It all started when both Edge and The Miz made their return on the same night and during the same segment. The promo battles had been good heading into their first encounter at WWE Day 1. This unexpected rivalry took it up a notch when Edge’s wife Beth Phoenix made her return. Every segment since then has been exceptional. The two couples have done their part exceptionally well in building a story.

The GRIT couple are bound to win the match. Edge needs to move on to do bigger and better things and hence, to put an end to this feud Edge should have his hand raised in victory. 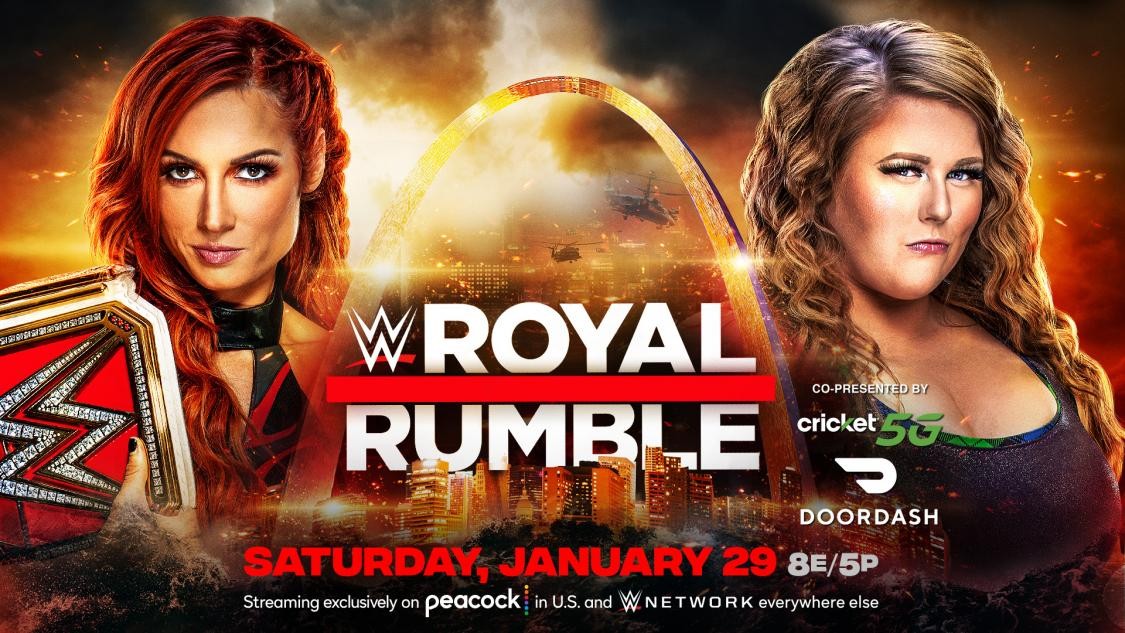 ‘The Man‘ Becky Lynch was on top of her game before she left to be ‘The Mom‘ and is better than ever since her return. Doudrop is slowly rising to the top as well. This will be one hell of a match but it may be too soon for Doudrop to hold on to the title.

Big Time Becks is on a roll and she deserves to carry on the moment to the grandest stage of them all. So, Becky will be retaining her title. 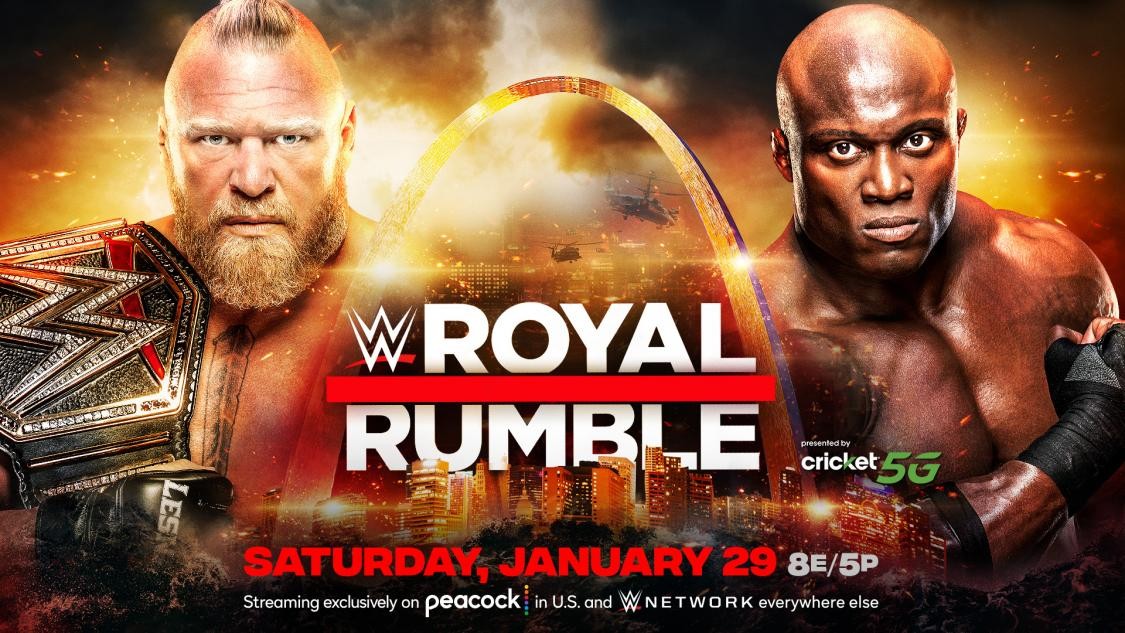 It is 15 years in the making, a dream match. Brock Lesnar has been verbally assaulting Bobby Lashley in the build to this match. the All-Mighty had been fairly silent. Anything Bobby said, Brock had a savage reply to it. Is Bobby keeping his cool to respond with his fists during the match? We will only have to wait and watch.

Brock Lesnar is being built to face Roman Reigns at WrestleMania. With that in mind, if he loses against Lashley then Lesnar will be looking weak heading into his match against Reigns. Lesnar cannot talk much either if that is the case and thus Lesnar cannot lose. Lesnar need not win clean either. Lashley can get his rematch at Extreme Rules or Money In The Bank where the All-Mighty could win. So, The Beast Incarnate will retain his title, looking stronger than ever heading into WrestleMania. 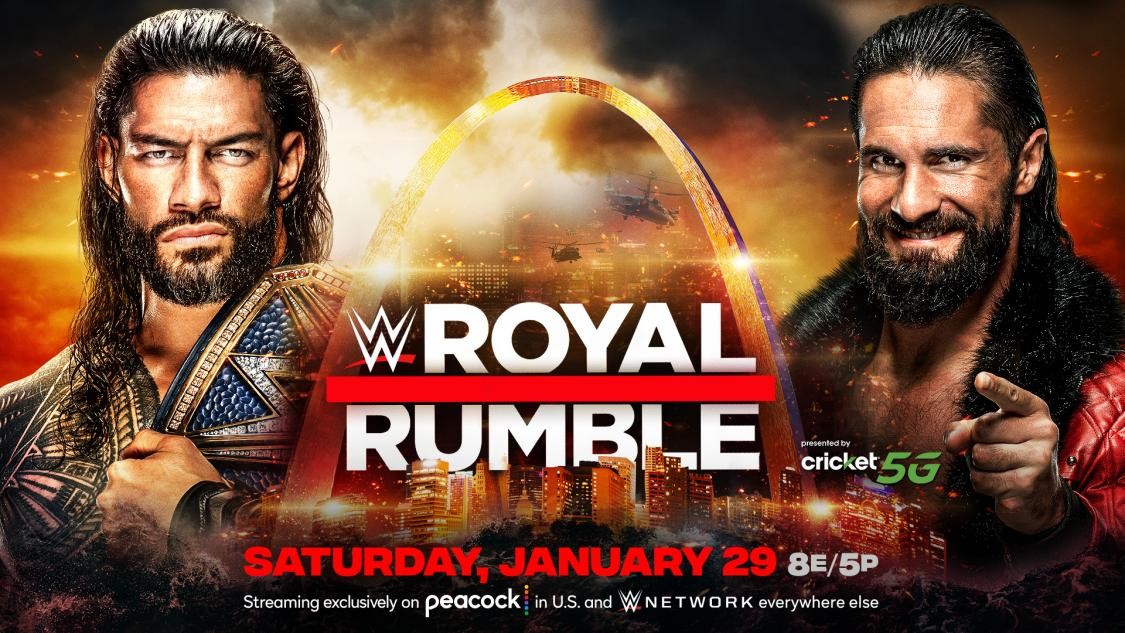 The Tribal Chief, Roman Reigns has carried WWE on his back for almost 2 years now. He recently broke the record of Brock Lesnar to become the longest-reigning Universal champion. Reigns is currently with his Bloodline and has been winning every match he is in. It would be a poetic end to his reign is his brotherhood took away the title from him. Seth Rollins is part of that brotherhood, a bond the two formed during their days in the S.H.I.E.L.D.

Other than the bond between Rollins and Reigns, the story building towards this match is the fact that Seth Rollins has always defeated Roman Reigns in title matches. This time around that factor is going to change. Roman will finally defeat Rollins in a title match. The reign of Reigns will continue. 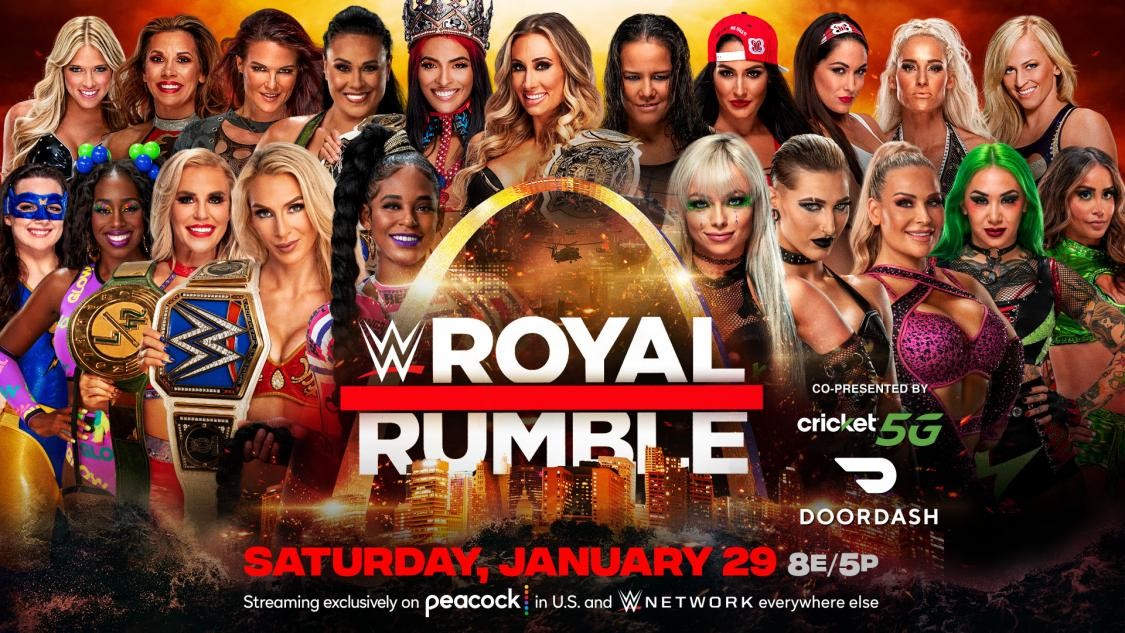 So many women are returning to compete in this match. Mickie James is breaking the ‘Forbidden Door‘ to enter the Royal Rumble. This year, the Rumble match is one of the most unpredictable matches of all time. Anyone could win, we could even see someone from NXT 2.0 show up and win the match. There are rumors of the ‘Baddest Woman on the Planet‘, Ronda Rousey is set to make her return, and that her name is on the cards of WrestleMania. So will she win the Royal Rumble? No matter what, this is bound to be one entertaining match.

Everyone is thinking that Ronda Rousey is going to win the Royal Rumble. All I can do is only laugh because, ding! dong! the Role Model will make her return and win the match. If Ronda indeed returns, then she and Charlotte may eventually eliminate each other setting up their match at WrestleMania. 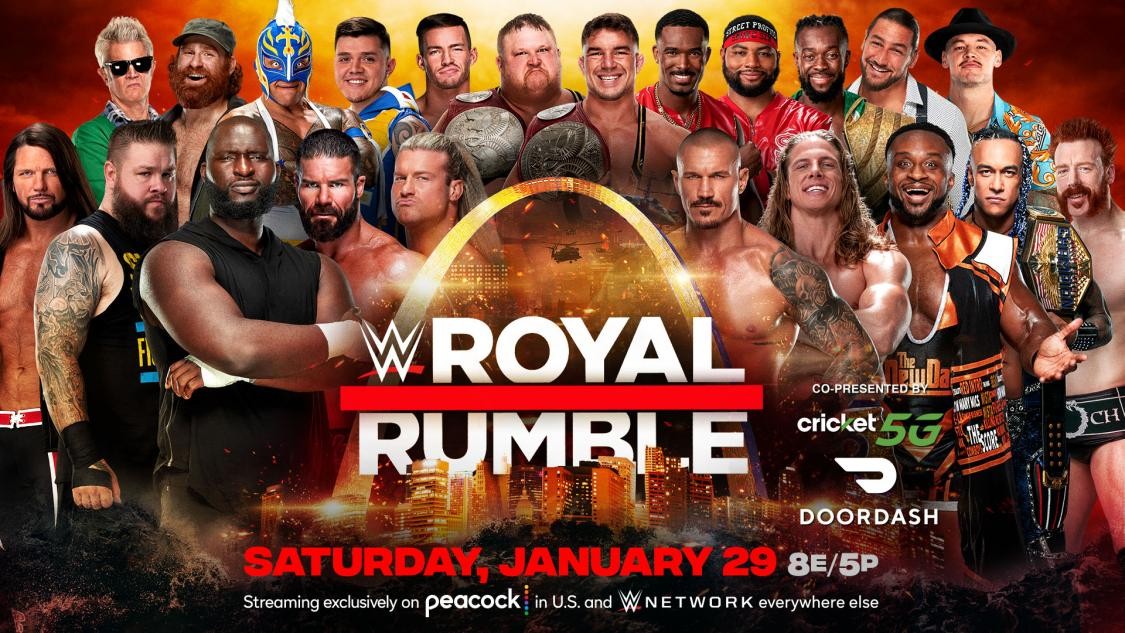 The Men’s Rumble is also an unpredictable match. There are several superstars who have could potentially win the match. But there is no clear-cut winner, but there is one clear-cut loser in the match and that is none other than Johnny Knoxville. Superstars from NXT 2.0 could enter the rumble and make a name for themselves. Additionally, there is the element of surprise on who will open the ‘Forbidden Door‘.

Out of the superstars in the match, there is one man who deserves to win the Rumble and main event WrestleMania and that person is the ‘Phenomenal‘ AJ Styles. Styles does not have a lot left in him and this may be one of the last Royal Rumbles for him where he can win. Also, if Styles wins, he would have achieved everything that there is to achieve in wrestling. I predict Styles to eliminate the ‘Giant‘ Omos and win the Rumble.

These are our predictions for the show. We might have had some outlandish predictions in there but we are done.

This is year’s event has all the potential for being the best show overall. Almost every match is unpredictable. So we are all in for one awesome show!

What are your predictions for the show? Let us know in the comments below.