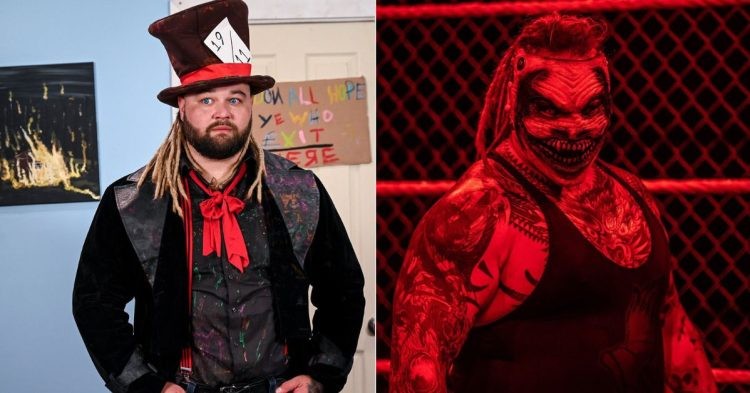 Fans were surprised when WWE released Bray Wyatt in 2021. It has been almost a year since his release, and fans have been speculating about his next venture in another promotion. Wyatt has been quiet about it so far. But it seems like the former 2-time Universal Champion could be coming back on Sunday.

There are a lot of speculations surrounding the former Universal Champion since he was one of the highest-aid performer in WWE before his release. He was estimated to earn almost $4 million a year.

Bray Wyatt can help the lack of depth in the roster

Bray Wyatt’s Twitter username was changed to a trademarked WWE name. It has increased the hope among fans that he could be returning to WWE soon. And it seems likely that the former Universal Champion could be back at the Hell in a Cell premium live event. WWE is suffering from a major problem as of late. Due to several releases the roster is suffering from lack of star power.

Roman Reigns has signed a new contract that allows him to work lesser days. It has created a big void in roster. The RAW brand has been on a role with a stacked roster and the inclusion of Cody Rhodes, while SmackDown suffers with lack of viewership. Hell in a Cell could be the perfect opportunity for a comeback.

Bray Wyatt last wrestled against Randy Orton at WrestleMania 37, which he lost. Many fans expected that he would get into a new storyline with a new superstar after his match against the Viper. But Wyatt was soon dropped from television and released a few months later.

Wyatt’s merchandise sold well, which made fans curious as to why WWE released him. He recently posted a series of tweets which has sent fans into a frenzy.

I’m tired of watching. Tired of hearing irrelevant clowns speculate how I’ll be perceived. Tired of hearing about my greed, my desire questioned. Wherever and whenever I decide to return, I’ll remind everyone why they know my name. Again. And again.
Believe in me.#IFoundIt

There were several rumors and speculations about his next move. Some reports claimed that people had a hard time working with Bray Wyatt backstage. He responded to these claims by sharing a post on Twitter. Wyatt stated that he was tired of all the discussions about fans would perceive him. He has promised that whenever he makes his return, he’ll show why people know his name.

Wyatt might likely return at the upcoming WWE premium live event. With the kind of contracts being offered to the talents and the lack of roster depth, it is possible WWE may call back some of their old talents.

What are your thoughts on Bray Wyatt’s return? Drop your comments below.