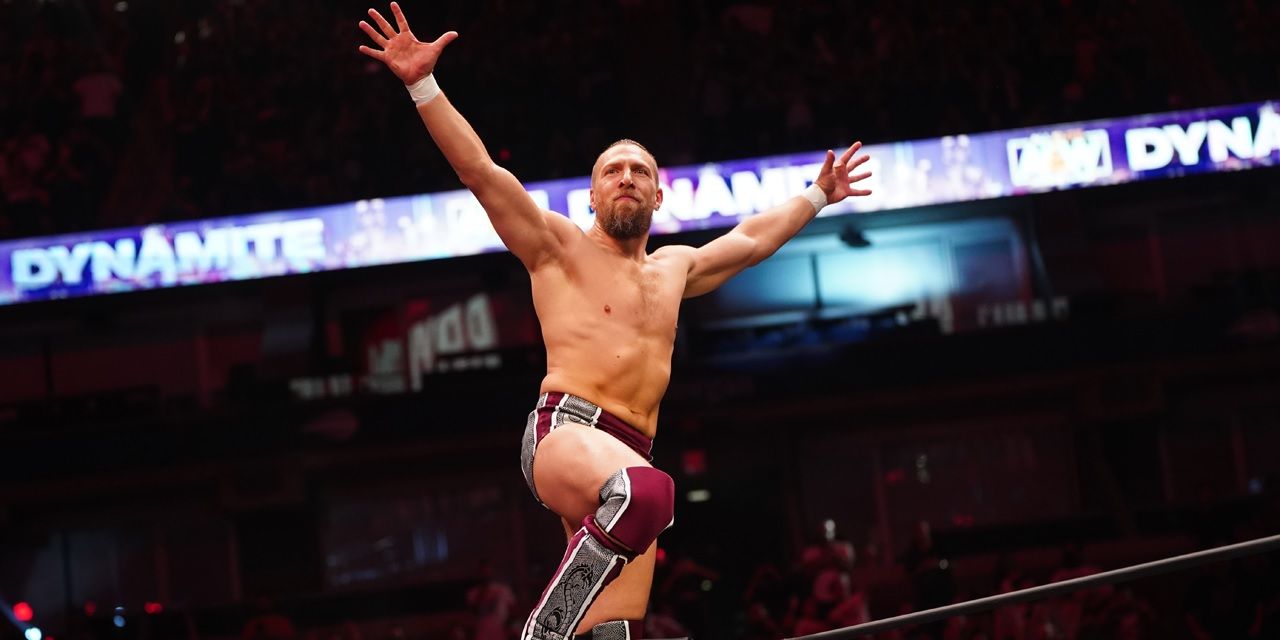 Bryan Danielson needs no introduction when it comes to pro-wrestling. He is a certified legend of the industry. He is best known for his time in WWE where he wrestled under the ring name ‘Daniel Bryan.’

Bryan Danielson left WWE when his contract expired in 2021. Many expected him to re-sign with WWE as there was no reason as to why WWE would let a huge star like Bryan leave. According to Wrestling Observer Radio’s Dave Meltzer, the Ultimate Underdog wanted to work for NJPW, where he used to wrestle before his WWE tenure. The two promotions were reportedly trying to work out an agreement where Bryan could work for both. However, no deal was finalized.

The American Dragon then went on to sign with AEW and made his debut at AEW’s All Out pay-per-view in September 2021. However, there was one awry thing. The superstar Daniel Bryan did not exist and the former WWE Champion reverted to his old name ‘Bryan Danielson’ in AEW.

There’s no official reason as to why Bryan chose to change his name. It was purely out of choice as he had been performing under his original name ‘Bryan Danielson’ for a long time before he arrived in WWE. Bryan Danielson performed in several wrestling promotions and is an indie darling. WWE changed his name to Daniel Bryan because it had a better ring to it.

Daniel Bryan says he loved working in WWE and was grateful, but still left. The reasons why were the talent, especially the ones who came from day 1. He wants fans to thank day one AEW stars for enticing former WWE names over. He says the second reason is the AEW fan base

The ridiculous request WWE made before Bryan’s AEW Debut

When Bryan Danielson spoke to Barstool Wrasslin’ about his departure from the WWE and his new career in AEW, he was asked about why his promos have seen him switch from his signature “Yes chant” gesture to something else. Somewhat surprisingly, Danielson revealed the change was at the behest of the WWE’s eagerness to keep the “Yes” chant to itself. According to Danielson:

“They [WWE] asked me politely to respect their intellectual property, even some of the things that couldn’t be legally enforced, and I’m trying my best to do that. There’s also certain expectations fans have of me that they want to be able to do, and I’m happy that they still get to do that. I’m gonna do my best to avoid swinging my arms in the air.”

The ‘Yes’ Chant has made its way to pro-wrestling folklore much like Stone Cold Steve Austin’s ‘WHAT?’ Even if Bryan does not encourage the crowd, the fans seem to be doing it on their own and WWE is fine with it in general. Bryan adds, “It’s never going to go away. Also, for WWE, their fans still do it for other people.”

CM Punk Entrance Song: AEW Star Reveals How He Can Still Use “Cult of Personality” Outside of WWE

CM Punk Entrance Song: AEW Star Reveals How He Can Still Use "Cult of Personality" Outside of WWE