Why didn’t He turn Heel? – John Cena Opens Up 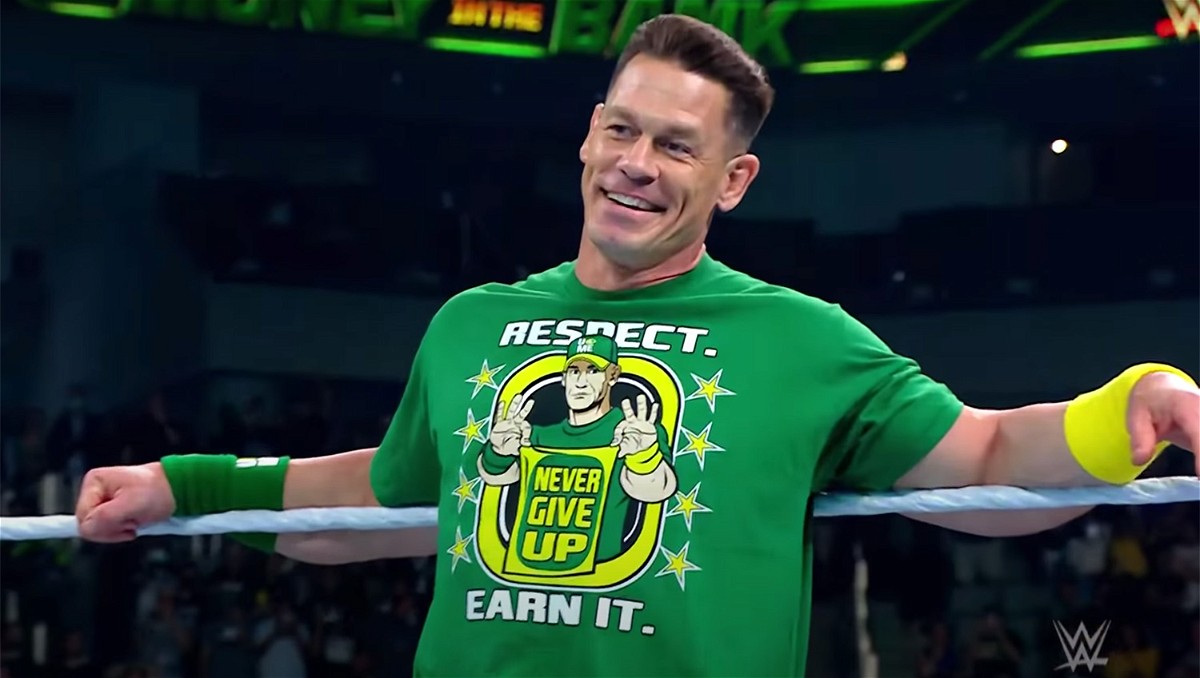 The WWE Universe has been longing for a John Cena heel turn. While speaking with Pat McAfee on The Pat McAfee Show. John Cena reveals why that heel turn never happened.

Back in 2008, John Cena commented on why the Rock is no longer part of WWE. Cena pretty much said that the Rock considers himself too big for WWE.

“He, at one point, loved wrestling and wanted to do this all of his life. Explain to me why he can’t come back for a 15th Anniversary show or why he can’t make an appearance at WrestleMania. Simply put, it’s because he wants to be an actor.”

This most certainly rubbed the Rock the wrong way and he never forgot about it. In 2011, the Rock made his return to WWE on an episode of Monday Night RAW. It was revealed that the Great One was going to host WrestleMania 27. Rock’s focus though, was all on John Cena. The Rock verbally assaulted the leader of the C-Nation.

Obviously, Cena was not happy about it. In response to The Rock, Cena brought back the Doctor of Thuganomics and dissed the People’s Champion. The Rock then retaliated. The two Superstars went back and forth trash-talking each other week after week.

John Cena battled The Miz in the Main Event of WrestleMania 27, and it was for the WWE championship. Cena was on the verge of winning the match but then, the Great One interfered and planted Cena with the Rock Bottom. The Miz capitalised and pinned Cena to retain his WWE championship.

The Road to WrestleMania 28

The following night on RAW, a furious Cena came out, congratulated the Miz and called out the Great one. Cena wanted answers. More than that, he was ready to go one-on-one with the Great One. The Rock accepted Cena’s challenge but he had a plan. The Rock suggested that Cena and he wrestle at the grandest stage of them all, WrestleMania. Cena agreed and the two shook hands. So for the first time ever, a WrestleMania match was made official a year in advance.

So the field was set, everything was perfect. Both Cena and Rock were trash-talking each other up until WrestleMania 28. Either one could have played the ‘Heel’ and the other could have played the ‘Baby-Face’ and it would have worked. But that did not happen. Both stars stood in the middle. This is probably the hardest thing to do as both stars needed to maintain face and could not cross the line during promos. With that being said, there were certain occasions where John Cena and the Rock broke the ‘fourth wall’.

John Cena vs The Rock — Once in a Lifetime

April first, 2012, the time had come. John Cena vs The Rock, Once in a Lifetime. It was the biggest match of Cena’s career. Both Rock and Cena had expressed how important this match is for them and neither star could lose this match. Both superstars wrestled for more than 30 minutes. John Cena did not just want to win the match but wanted to humiliate the Great One. So, Cena looked to get the win by hitting one of Rock’s finishers, the People’s Elbow. In an attempt to mock the Rock, Cena wasted a little too much time allowing the Rock to recover. The People’s Champion countered the People’s Elbow and hit the Rock Bottom and pinned Cena for the win. The Leader of the C-Nation had failed and was devastated, while the Rock once again proved why he is called the Great One.

As mentioned at the beginning of this story, the WWE universe has been longing to see the Leader of the C-Nation turn heel. Cena had played a heel in the early stages of his career. That was way back in 2004, since then Cena has been the ‘Good Guy’ whether the fans cheer or boo him.

“I remember Vince toyed with the idea of turning me heel versus The Rock in Miami. I said, ‘No problem, I understand, I’ll do it. Just remember that we are so deep in at this point that we can’t do it and then jump back because we’ll be sunk at both ends.’ If we do it, I have to be the opposite of virtue, I have to be pure evil and we go all in.’ From a believability standpoint, people always see me in uniform because I want people to know that what they see is someone they can relate to. He decided against it and at that point he said, ‘I don’t think we’re ever going to do it.” – John Cena on the Pat McAfee Show

Vince McMahon has been true to his word. John Cena, to this date, is a baby-face. The fans still have a glimpse of hope that  John Cena may turn heel. It still could happen. Vince McMahon was never interested in turning Roman Reigns heel either, but a couple of years ago, he made the decision to turn Reigns heel and that turned out to be the best decision. So us fans can still hope to see a heel John Cena in the near future. Maybe he can create a New World Order?

What do you think? Will we see a ‘Heel’ John Cena? Let us know.

Alexa Bliss has changed her look again? Checkout our latest article on this topic — https://www.sportsmanor.com/alexa-bliss-new-look-all-you-need-to-know-about-the-goddess-in-2022/