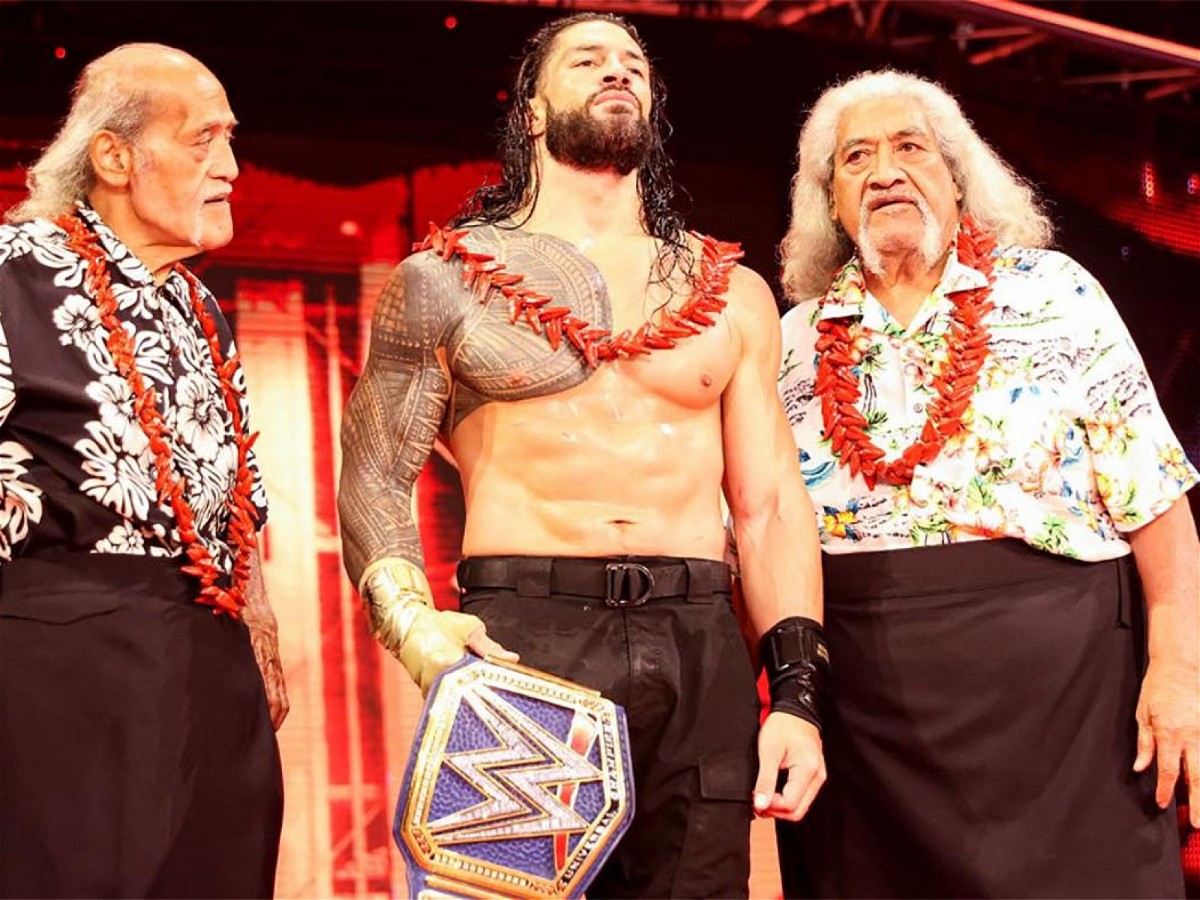 Roman Reigns is the current WWE Universal Champion. He is set to face the ‘Beast’ Brock Lesnar in the main event of WrestleMania 38 night 2. The match is billed as the unification of the championships.

Roman has gone through a few nicknames over the years. When he parted ways with the S.H.I.E.L.D and became a singles competitor, he called himself ‘The Big Dog’. However, his run as the chosen babyface did not go as well as WWE hoped it would.

But his face run came to an abrupt end as Roman announced that his leukaemia had returned. He was first diagnosed with the illness in 2007 and it returned in 2018. As a result, he had to relinquish the Universal Championship and went away for 4 months. But the man who returned wasn’t the ‘Big Dog’ anymore. He evolved into ‘Tribal Chief‘ and now is on ‘GOD Mode‘.

Although many fans thought WWE would like to capitalize on the real-life issue to present Roman Reigns as the sympathetic babyface, to everyone’s surprise, he returned as a heel. Not only did Roman return as a heel, but he also became a ‘Paul Hayman guy‘.

But he was not a typical cookie-cutter heel. Reigns’ whole gimmick was set around prioritising his family. Instead of wanting all the power for his personal gains, Roman wanted better opportunities for his family members.

Roman Reigns belongs to the Samoan wrestling family. The tribe has given the world some amazing wrestling talents over the years. From Yokozuna to Umaga, to The Rock to Roman Reigns, all have dominated the WWE landscape. Reigns wanted to be acknowledged as the Samoan tribe’s ‘Head of The Table‘.

Hence, his conflict with The Usos started. Roman wanted Jey to acknowledge him as the True Head of The Table. It resulted in a match between them at ‘Hell in a Cell‘. As expected, Roman won the match and the ‘Wild Samoans‘ acknowledged him as the ‘Tribal Chief‘. Jimmy followed Jey and the Usos joined Reigns and the Bloodline have been on top since then.

Will the ‘Tribal Chief’ gimmick lead to a match against The Rock?

It is safe to say that Dwayne ‘The Rock‘ Johnson is the biggest superstar to ever come out of WWE. He is currently the highest-paid actor in Hollywood. From the ‘Fast and Furious‘ franchise to the upcoming DC comics movie ‘Black Adam‘, The Rock is everywhere.

However, the most important topic for him is family. With Roman turning heel and claiming he’s the head of the table, it is an insult to The Rock who’s a proud Samoan. Will this lead to a match between the two at a future WrestleMania? There were rumours of the bout taking place this year itself. But ultimately nothing transpired on that front.

Dwayne has not ruled out a return to the ring. He said if the right match up and the check is presented to him, the 49-year old is ready to get back in his trunks for one last time. ‘Mania 39 will be in Los Angeles. It will be a perfect way to end the most engaging storyline in WWE on the grandest stage of them all in Hollywood.