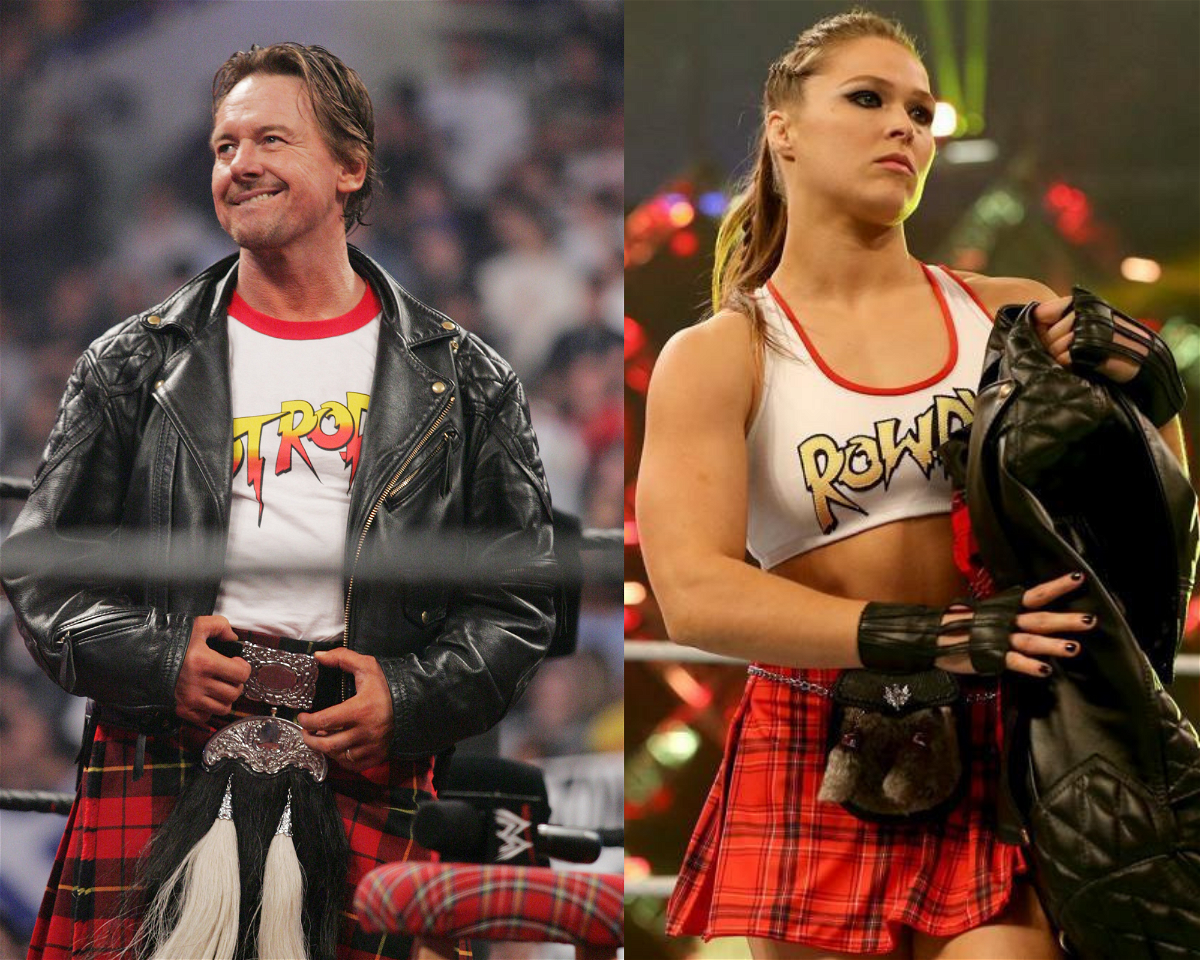 Ronda Rousey has had a lot of nicknames, but her most famous moniker pays homage to a certain WWE Hall of Famer. The Rowdy One is set to main event Night 1 of WrestleMania 38. And while her actions certainly merit the nickname, it isn’t why she’s called “Rowdy” Ronda Rousey.

Is there a woman more important to the history of combat sports than The Rowdy One? Ronda is an Olympic Bronze Medalist in Judo, a 2x Sports Hall of Famer, and one of the baddest MMA fights of all time.

There’s a reason she became the inaugural UFC Women’s Bantamweight Champion and a legitimate top draw for the promotion, headlining multi-million dollar PPVs. It during that historic title reign that Ronda received her moniker from her childhood hero; WWE Hall of Famer “Rowdy” Roddy Piper.

When she was starting off her MMA career in earnest, Rousey knew he had to come up with a “gimmick”. And as she told ESPN, the first thing that came to her mind was “Rowdy” Ronda Rousey.

“Rowdy” Roddy Piper was her favorite professional wrestler growing up, so she was a little hesitant about inheriting his nickname. But the Hot Rod gave her his blessing, on the condition that she live up to his legacy.

“Rowdy” Ronda Rousey is living up to her nickname

The Baddest Woman on the Planet is doing everything in her power to live up to her moniker. “Rowdy” Ronda Rousey made her return to WWE at Royal Rumble 2022, where she entered (and won) the Women’s Royal Rumble Match.

Since the day I knew my due date to have Pō, I was determined to return to @WWE at #RoyalRumble 4 months postpartum – Watch out bitches, cause #WrestleMania I’ll be 8 #ThisIsntEvenMyFinalForm pic.twitter.com/yb66fyK1bB

She’s been on a collision course with Charlotte Flair ever since, and has even shown up The Queen on multiple occasions. The ankle lock that she caught Flair in was so beautiful, it could be her new finisher (more on that here).

All that’s left for her is to put down Charlotte, once and for all, and prove just why she’s called “Rowdy” Ronda Rousey at Night 1 of WrestleMania 38.