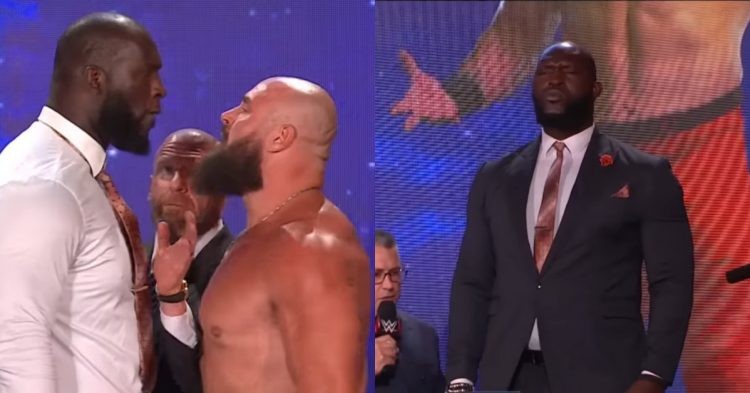 WWE Crown Jewel 2022 is set to take place on November 5th. As usual, it will take place in Saudi Arabia’s capital Riyadh. Despite AEW’s arrival, World Wrestling Entertainment is the biggest wrestling promotion in the world. However, the company has to put out engaging content to retain the fanbase. It looks like WWE is copying the UFC model to freshen up their programming.

The Ultimate Fighting Championship (UFC) or any other combat sports organization for that matter, holds weigh-in events for its fighters. Unlike in pro wrestling, there are weight classes in combat sports. Hence, weigh-ins are essential to judge a fighter’s weight. Copying that, WWE also held a weigh-in ceremony similar to UFC’s ceremonial weigh-ins.

At the ceremonial weigh-ins, the fighters usually show a lot of emotions and get into each other’s faces. It ramps up the excitement in fans as they love to see the animosity between them. So WWE tried to emulate the same with their product. Unfortunately, it did not work as there was no sense of realism in it.

Omos and Braun Strowman did the weigh-in ceremony at WWE Crown Jewel 2022. The announcer claimed that Omos was 416lbs and Braun 335lbs. However, fans found it laughable as Omos was fully dressed during the weigh-ins and his accessories obviously added to his weight. Underneath the video on Instagram, fans pointed out all the problems with the segment.

Instagram user _pandeyji_01 wrote, “416 pounds. Like we can’t see that suit and watch.” Another use, therealconstantino wrote, “Why the weigh in with a suit. They gotta be showing their physique of giants.” But user orest_milovitch reminded the fans of WWE’s previous claims of Omos’ weight and wrote, “I remember when Omos was claimed to be 335 pounds.”

Although wrestlers inside the squared circle sometimes get heated and throw punches with full force, they put on a performance for the fans to enjoy rather than hurting each other. Fans know WWE is more about sports entertainment and not actual sports. Hence, the MMA or boxing-style weigh-in ceremonies and face-offs do not have the same effect on the fans.

After Vince McMahon’s retirement, Triple H took over the company and is trying to modernize the business. UFC is extremely popular right now and borrowing aspects of their business is only a smart move. Some can argue UFC copied WWE’s formula of promotions in the past as well. However, the weigh-in ceremony did not quite have the same effect in WWE that it has in the UFC.

Get ready.@WWERomanReigns defends the Undisputed WWE Universal Title against @LoganPaul TODAY at #WWECrownJewel!

12PM ET/9AM PT
Streaming exclusively on @peacock in U.S. and @WWENetwork everywhere else.

Former UFC and WWE champ Brock Lesnar will fight a former MMA fighter, Bobby Lashley. As mentioned above, Omos vs Braun Strowman will also feature on the card. The O.C. will kick off the event with a match against The Judgement Day. 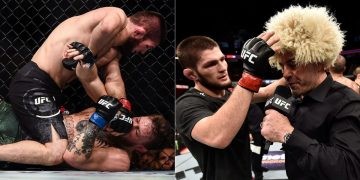