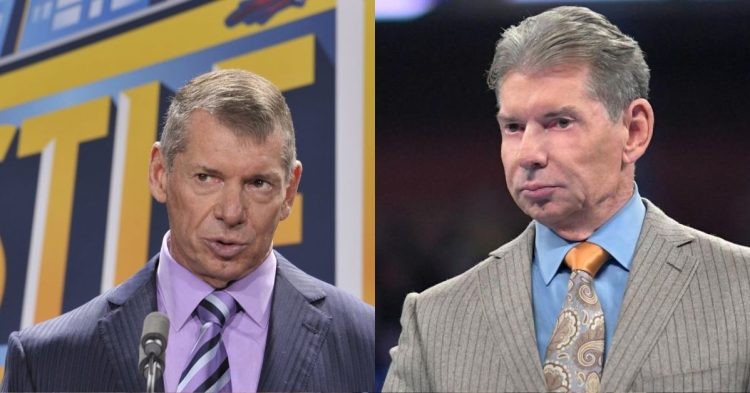 Latest lawsuit has been imposed on Vince McMahon (Credits: TPWW)

The Detroit Police and Fire Retirement System has issued a lawsuit against Vince McMahon after he has been re-elected to the WWE Board of Directors as Executive Chairman.

Last Thursday, the Detroit Police and Fire Retirement System sued WWE executive chairman Vince McMahon, seeking a declaration that would effectively prevent the 77-year-old billionaire from taking control of WWE’s board of directors and from triggering a sale.

The retirement system has asked that its complaint, filed in Delaware’s Court of Chancery, be recognized as a class action on behalf of all WWE stockholders. According to Sportico, the case might block a future sale of WWE, which has an asset value of $8.6 billion.

Detroit’s Police & Fire Retirement System has sued WWE executive chairman Vince McMahon, seeking a declaration that would effectively block the 77-year-old from regaining control of WWE’s board of directors & prevent him from expediting a sale.https://t.co/T9BEBvU1ek pic.twitter.com/iYVrzR6rBN

According to the complaint, McMahon has “breached fiduciary duties as controlling stockholder” by trying to “impose his personal will on WWE and its [board] by purporting to adopt a package of invalid and inequitable bylaw amendments that would hamstring the Board from making critical business decisions.”

It’s unclear how much of an impact this will have on McMahon, who looks unfazed in his quest to reclaim full control of WWE. According to reports, McMahon already has returned to WWE headquarters at Titan Towers and has been in discussion with multiple WWE departments.

Although Triple H has assured WWE talent that Vince will not meddle with WWE’s creative department and Vince being Vince, will ensure that he regains all of the powers he has lost.

Vince McMahon has officially announced returning to the company’s board of directors. This set the tone for discussions regarding a WWE sale, which resulted in WWE stock reaching new highs.

A WWE stakeholder has filed a lawsuit against Vince McMahon in Delaware’s Chancery Court, according to Bloomberg Law. The shareholder accuses Vince of abusing his 81% voting authority to force three board members to resign and be replaced by loyalists. In addition, the shareholder accuses Vince of attempting to “impose his will on the board and WWE” through bylaw revisions.

A class action lawsuit has been launched against Vince McMahon.

A shareholder is suing McMahon in Delaware, accusing him of wielding his ~81% voting control to impose his will on $WWE illegally. Cites board changes, threats to interfere w/ media rights.https://t.co/AN8ApJMuOK pic.twitter.com/cKhkG8WCDg

According to the claim, Vince’s decision to “gain total personal control over any major corporate decision” by “adding his loyalists to the board” violates Delaware law. Despite conjecture, Vince has emphasized that his WWE comeback is simply business and that he is just returning to aid with the company’s sale.

For the past few weeks, WWE has been through a lot. Stephanie’s resignation has lowered morale in the locker room. WWE has been on top for several decades and has established a very dedicated fan base, gaining a lot of media attention. All of Vince’s hijinks are eventually tarnishing WWE’s image as a family-friendly program.