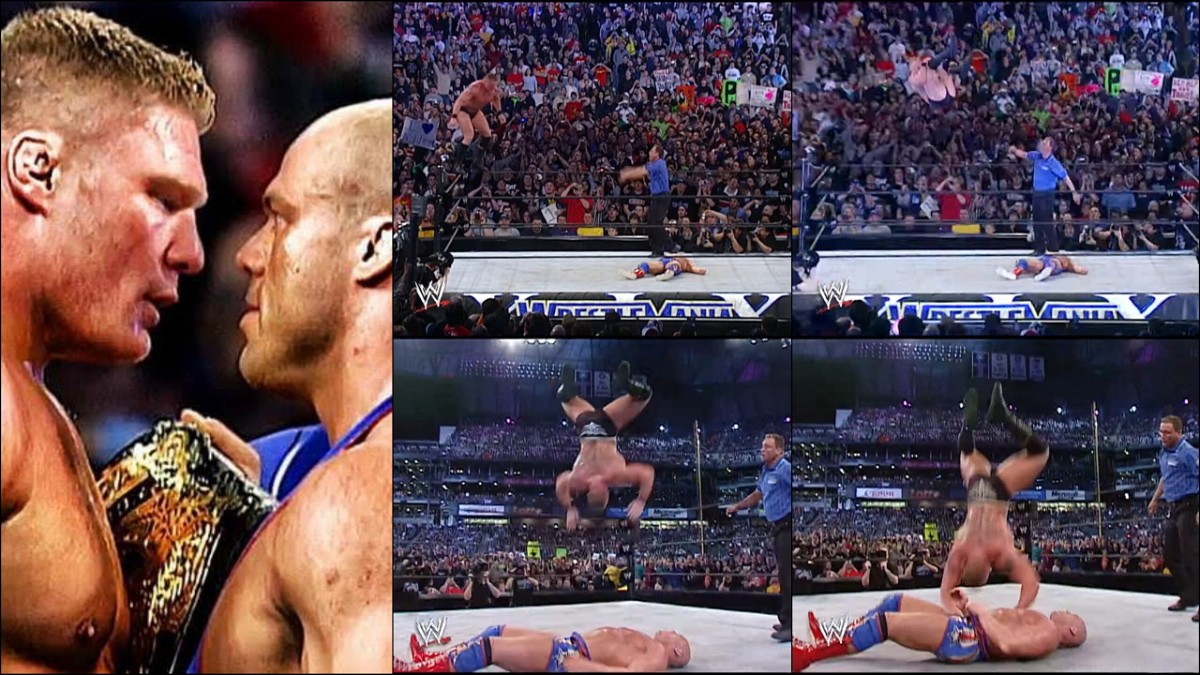 Brock Lesnar will face Roman Reigns in the main event of Night 2 at WrestleMania 38. This will be their third meeting at the grandest stage of them all. Previously they wrestled at WrestleMania 31 and 34. Hence, ‘The Beast Incarnate’ is no stranger to performing on the biggest stage.

Not only at Mania, but Lesnar has also performed at the highest of levels in other sports as well. He was the UFC heavyweight champion. In addition to that, he also made it to the very end during NFL tryouts for Minnesota Vikings. It is very safe to assume that Lesnar has ice running through his veins whenever he is performing at the highest level.

But that wasn’t always the case. Brock went straight into OVW (Ohio Valley Wrestling) after graduating from college. He was an all American wrestler. WWE’s scouting team was so impressed with his physicality and athleticism that they signed him right away.

OVW was the development facility for WWE. Now talents had to go through training at the facility before their main roster debut. During his development days, Lesnar was famous for hitting the ‘Shooting Star press.’

The move ‘Shooting Star press’ requires the wrestling to climb up to the top of the turnbuckle and hit a rotating frog splash. A move such is usually reserved for someone who’s around 200 pounds. But Brock Lesnar is a behemoth and he could do it flawlessly. It just proved how nimble Lesnar was despite being a heavyweight.

WWE has witnessed some epic moments inside the ring. From Hulk Hogan bodyslamming Andre The Giant at WrestleMania 3 to The Undertaker hitting a spinning top rope dive on Shawn Michaels at WrestleMania 25, fans have witnessed plenty of big spots at the event. A fighter of Lesnar’s magnitude hitting such a high flying move would have been one of the best ‘WrestleMania moments.’

Although it was a memorable Mania moment, it was for all the wrong reasons. Brock Lesnar went up to the top turnbuckle to hit the move on a motionless Kurt Angle in the main event of WrestleMania 19. But he did not judge the distance properly and ended up landing on his head.

Fans have witnessed wrestlers suffering a few devastating injuries that significantly damage their careers after landing on their necks. But miraculously Brock got away with only a concussion. Despite being in pain, he went on to finish the match.