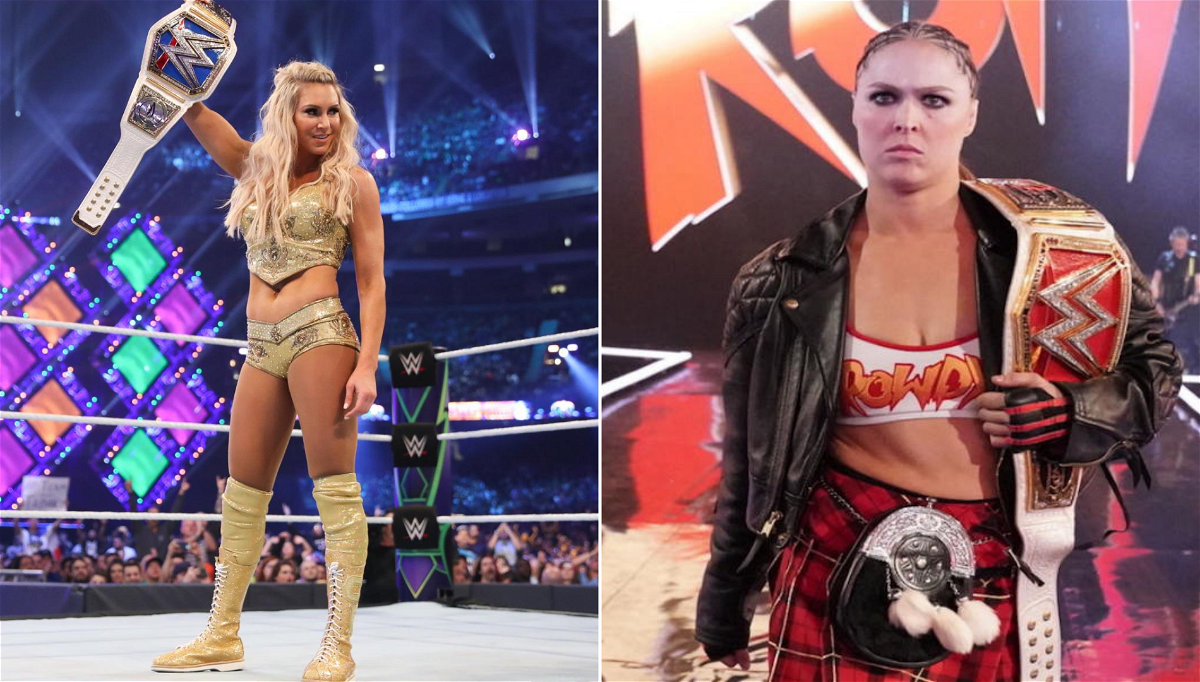 The Showcase of Immortals, WrestleMania 38 is only a day away. WrestleMania is the biggest pro-wrestling event of all time. This year it is the ‘Most Stupendous‘ 2-Night event of the year. WrestleMania 38 has a stacked card and one of the marquee matches is the one-on-one match between Ronda Rousey and The Queen, Charlotte Flair for the SmackDown Women’s Title. The build to the match has been lacklustre, to say the least. But the match is bound to be a banger. Who can forget their incredible singles match way back in 2018?

Superstars try their absolute best to make their WrestleMania appearances more special than it already is. One of the ways for them to do so is by having a special entrance at the showcase of immortals. We have had several great entrances in the past. Be it, Triple H making his way to the ring on a golden throne, the John Cena clones or the infamous Shawn Michaels’, Zip-line entrance., the Superstars put in a lot of effort.

The Baddest Woman on the Planet could be making her way to the ring while her theme is played with a live performance from Joan Jett, just like WrestleMania 35.

Not only that, but we could also be seeing Rousey come out wearing brand new wrestling gear. We have not seen any unique entrance in the two WrestleManias that Rousey has competed. She doesn’t give a damn about ‘Bad reputation‘. She lets her fists do the talking.

Maybe 3rd time is a charm and we could see the Rowdy one, come out to a brand new entrance.

The Queen has always made it a point to have a Grand Entrance. She has one of the best theme songs in WWE.

This might be an unpopular opinion, but Charlotte Flair honestly does not care about wins and losses. All that the Queen cares about is making an impact, being the talk of the town. So, the Queen will do everything possible to make an impact from her entrance. So I can guarantee that Charlotte’s entrance this year will be one of the best Entrances of the whole show.

Who’s entrance are you most looking forward to? Let us know.