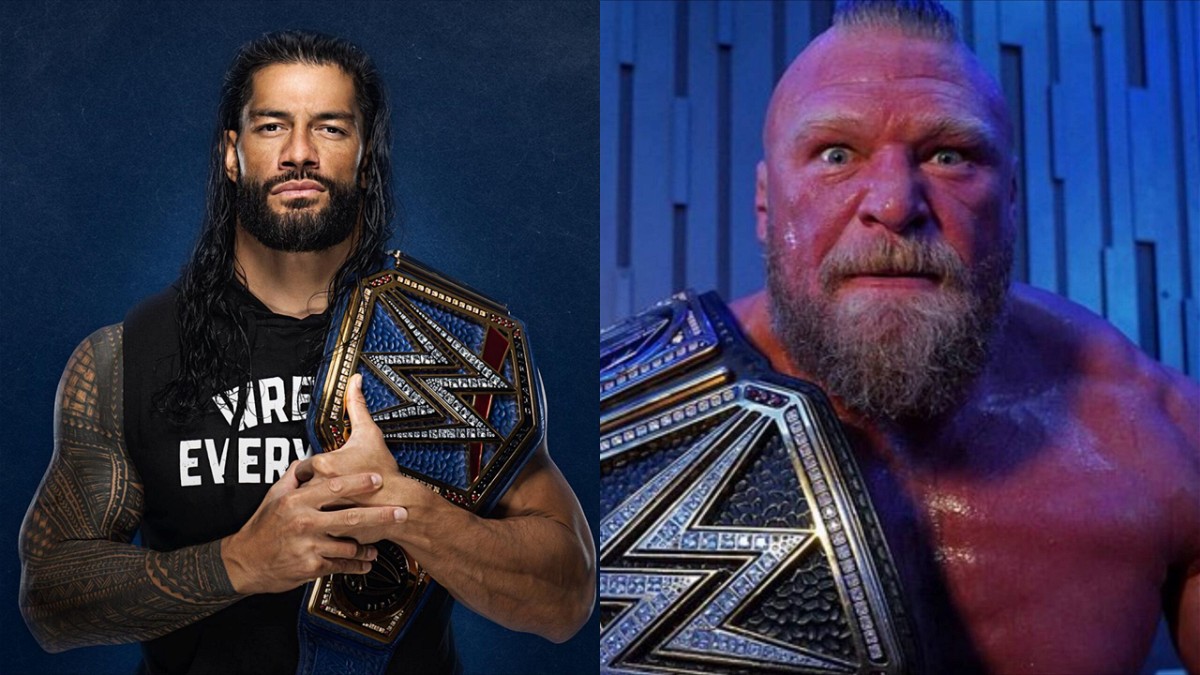 WrestleMania 38 is just a couple of days away. Similar to last year, WWE will once again replicate the format of two-night Mania after the incredible success of last year. This year’s ‘Show of shows’ will feature the ‘biggest match of all time’ between Roman Reigns and Brock Lesnar.

‘The Tribal Chief’ will face ‘The Beast Incarnate’ in a ‘Winner takes it all’ match. This will be the second time WWE has attempted to unify the belts after 2017. John Cena wrestled Randy Orton at WWE TLC that year.

There is no doubt that the match will be very significant in terms of the future of the company. Brock and Roman have faced each other twice before at the grandest stage of them all at WrestleMania 31 and 34. ‘The head of the table’ is yet to pin Lesnar cleanly at the event.

But the table has turned significantly this time around. Reigns is not the same babyface he was 4-5 years ago. He will do everything possible to get over the line. Lesnar’s old advocate Paul Heyman will be there on Roman’s corner as well, which may make him the favourite to win on April 3.

Roman Reigns has had two theme songs during the course of his WWE career. He debuted as a part of the fearsome trio of the S.H.I.E.L.D. Hence there was no need for an individual theme for ‘The Big Dog.’ Following the implosion of the faction, Roman carried the forward spirit of the team by continuing to use the same theme.

With the change of gimmick, Roman needed something that fit his new persona. His character now resembles someone who belongs in a movie such as The Godfather. Hence, the shield theme was not the right fit for this version of him.

In May of 2021, he debuted the new theme song which has titled ‘The Head of the Table.’ It is perfectly suited for Reigns’ new avatar of someone who is the leader of his tribe. The song was created by Def Rebel.

Brock Lesnar made his debut in WWE alongside his former advocate Paul Heyman in 2002. He was known as the ‘Next Big Thing’ in the company and his theme music backed up the sentiment.

One of the greatest moments of Monday Night Raw moment came when the 44-year-old returned to the company after Wrestlemania 28. Fresh off his loss to The Rock, John Cena called out The Rock once again for a rematch. However, it was Brock who answered it. As soon as his music hit, the arena went wild. The heavy metal music will take its place in pro-wrestling history as perhaps the greatest entrance theme song of all time.